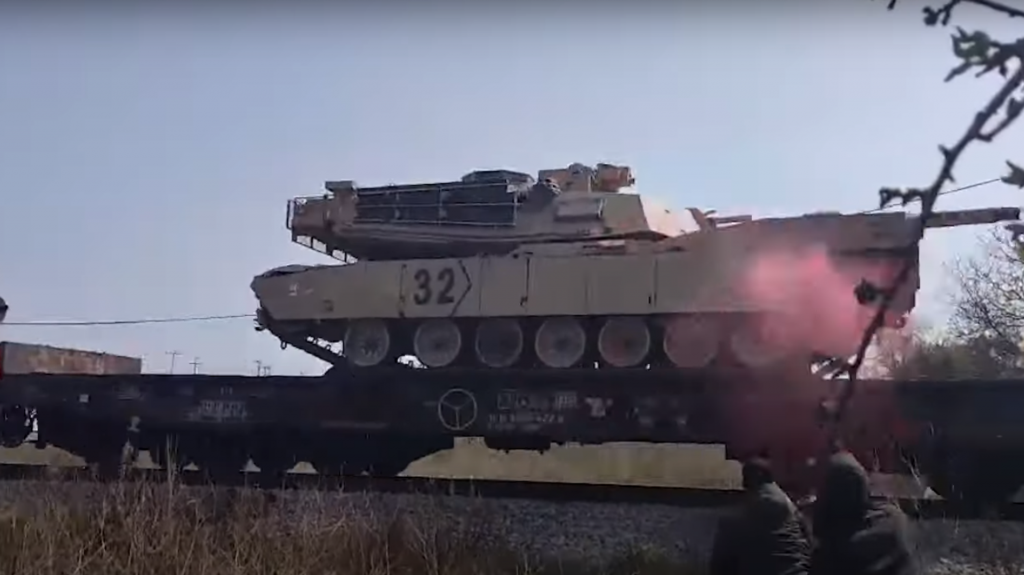 Workers at TrainOSE, a Greek railroad company, have been refusing to transport U.S. tanks destined for Ukraine from Alexandroupoli, a port in the northern part of the country. After workers there refused, bosses tried to force railroad workers from elsewhere to take on the work.

“For about two weeks now,” the Communist Party of Greece (KKE) said in a statement, “there has been pressure on the employees of the engine room in Thessaloniki to go to Alexandroupoli.”

The bosses’ desperate effort to find workers who would move the transport forward was unsuccessful. The argument from employers that they should have no specific interest in what they are transporting came to nothing, even with a threat regarding the workers’ contract, which states, “An employee can be deployed according to the needs of the company.” Further threats of dismissal also proved fruitless.

As this developed, the unions intervened, demanding that Greek railroad workers not be used to transport military equipment and an end to the threats against those who refused to move NATO armaments. A union statement states,

No participation of our country in military conflicts in Ukraine, which are committed in the interests of the few at the expense of the peoples. In particular, we demand that our country’s railway rolling stock not be used to transfer the U.S.-NATO arsenal to neighboring countries.

The statement puts the union at odds not only with the bosses, but also with U.S. president Joe Biden. Just last Monday, Biden announced that the United States would spend 6.9 billion euros on Ukraine and NATO member states to “enhance the capabilities and readiness of U.S. forces, allies, and regional partners in the face of Russian aggression.”

Unfortunately, the TrainOSE bosses managed to bring in scabs, and the weapons were eventually moved along — but not without a final action by the striking workers, who doused the tanks with red paint.

This boycott of a weapons delivery shows once again that workers are capable of ending the war. Elsewhere, as in Pisa, Italy, airport workers have refused to deliver weapons, ammunition, and explosives to Ukraine. In Belarus, too, railroad workers have refused to deliver urgently needed supplies for the Russian army. Now Greek workers have joined this international call. They are showing everyone that everyday workers can stop the war. It’s a model for German railroad workers who have already demonstrated, with an initial rally in Berlin against arms deliveries, that they oppose the war in Ukraine.

From the revolutionary Left, we encourage worldwide mobilizations against the war that demand the withdrawal of Russian troops from Ukraine and denounce NATO’s role and the rearmament of Western imperialist powers. We must fight to ensure that opposition to the Russian invasion, expressed by those demonstrating against the war across the globe and particularly in Europe, does not become a mechanism for promoting militarism and the rearmament of the imperialist powers. International working-class unity, which is more necessary than ever, can be developed by only intervening in this way in the struggles that are now in full swing.

First published in German on April 3 in Klasse Gegen Klasse.