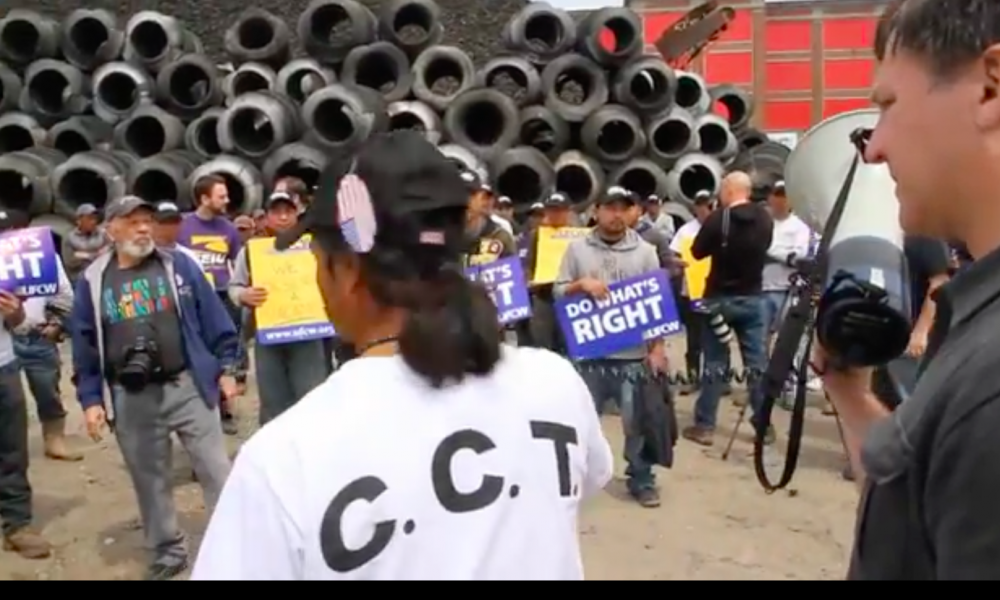 “In the fight for better salaries, Guatemalan Mayans in New Bedford join a union.” So began a local Boston radio report on the ongoing struggle of about 65 workers at a tire recycling plant in New Bedford, located in southern Massachusetts. The workers, who are from indigenous Quiché villages of Guatemala, voted unanimously last year to form a union, but the boss has refused to accept a union contract. They’re fighting to organize themselves in a union with the greater objective of improving the harsh working conditions that the managers enforce with racist rules based on super-exploitation, physical and verbal abuse, and discrimination. (1) 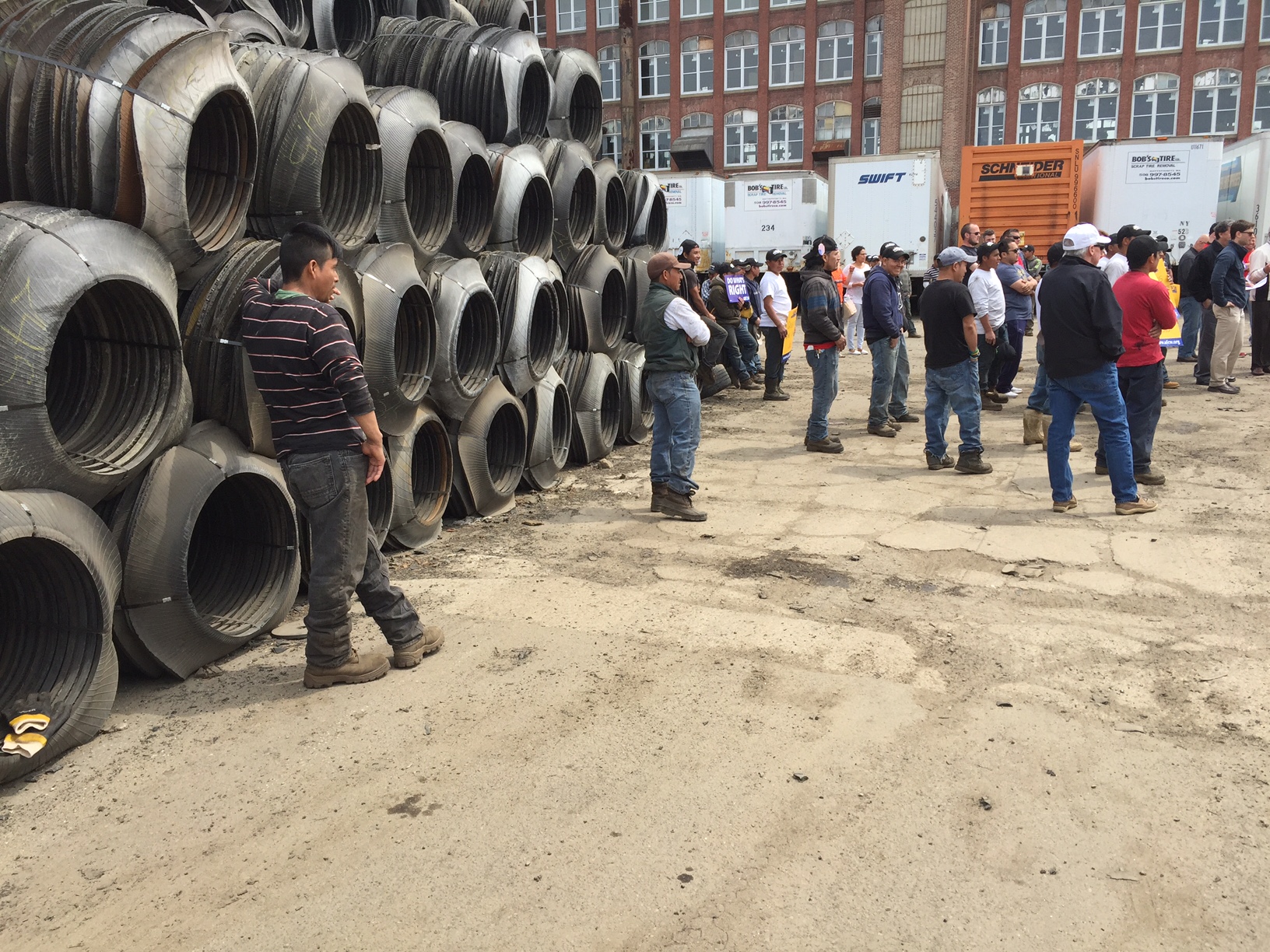 On September 24, 2015, the Bob’s Tire Company workers’ “yes” vote to join the UFCW local 328 was a historic victory which was published on the union’s webpage. It was a culmination of a process that began when Bob, the owner of the company, fired three workers for demanding a salary increase that he had promised the months earlier. According to this boss the workers who have been working there for over 10 years don’t deserve a raise. (2)

Tomás Ventura is a young Quiché who moved to the area when he was 18 years old. A short time later, he started to work at Bob’s Tire Company. He has now been working there for eight years. Tomás was one of the three who were fired for demanding a raise. However, together they fought and were able to get their jobs back. Upon returning, they quickly began to organize. 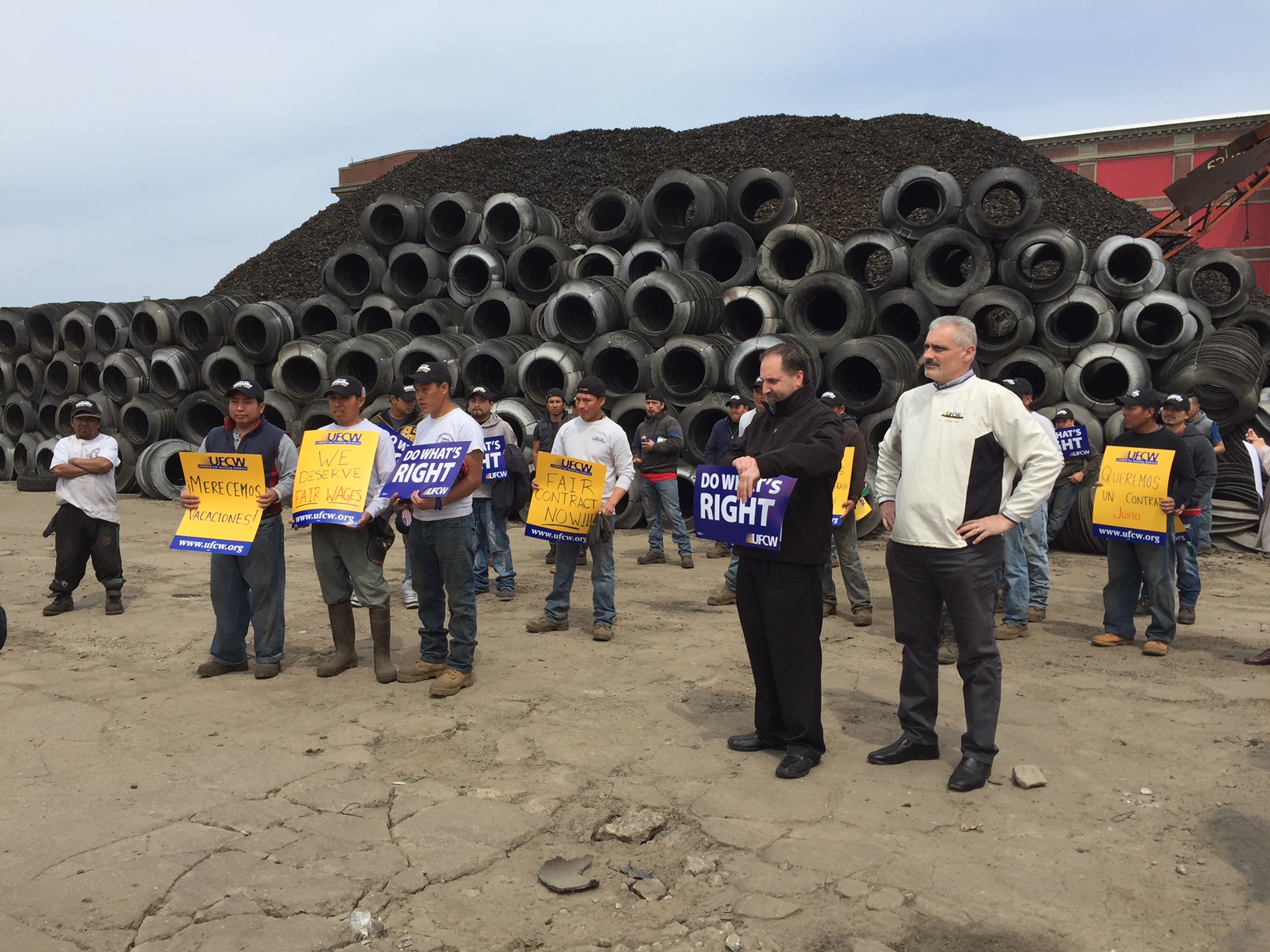 The workers have built up their courage after many years of exploitation, threats and retaliation. As Tomás says, “We were fired to teach a lesson to the other workers. Nobody can say anything. Nobody can ask for a raise.” But silence did not prevail and now the workers are making history. It is a historic struggle because it is the first time that a group of Mayans has become unionized in the United States. These workers are setting an example in an area of the US where there are thousands of Mayan immigrants who share similar working conditions.

The city of New Bedford is located in southern Massachusetts and is known for its reference in the classic novel Moby Dick. New England was once a center of industry in the United States. It was here that the heart of the textile industry took root. Just as in the days of the industrial revolution, immigrants continue to be an important sector of the working class and amongst the most exploited. New England can be seen as a reflection of capitalist decay. 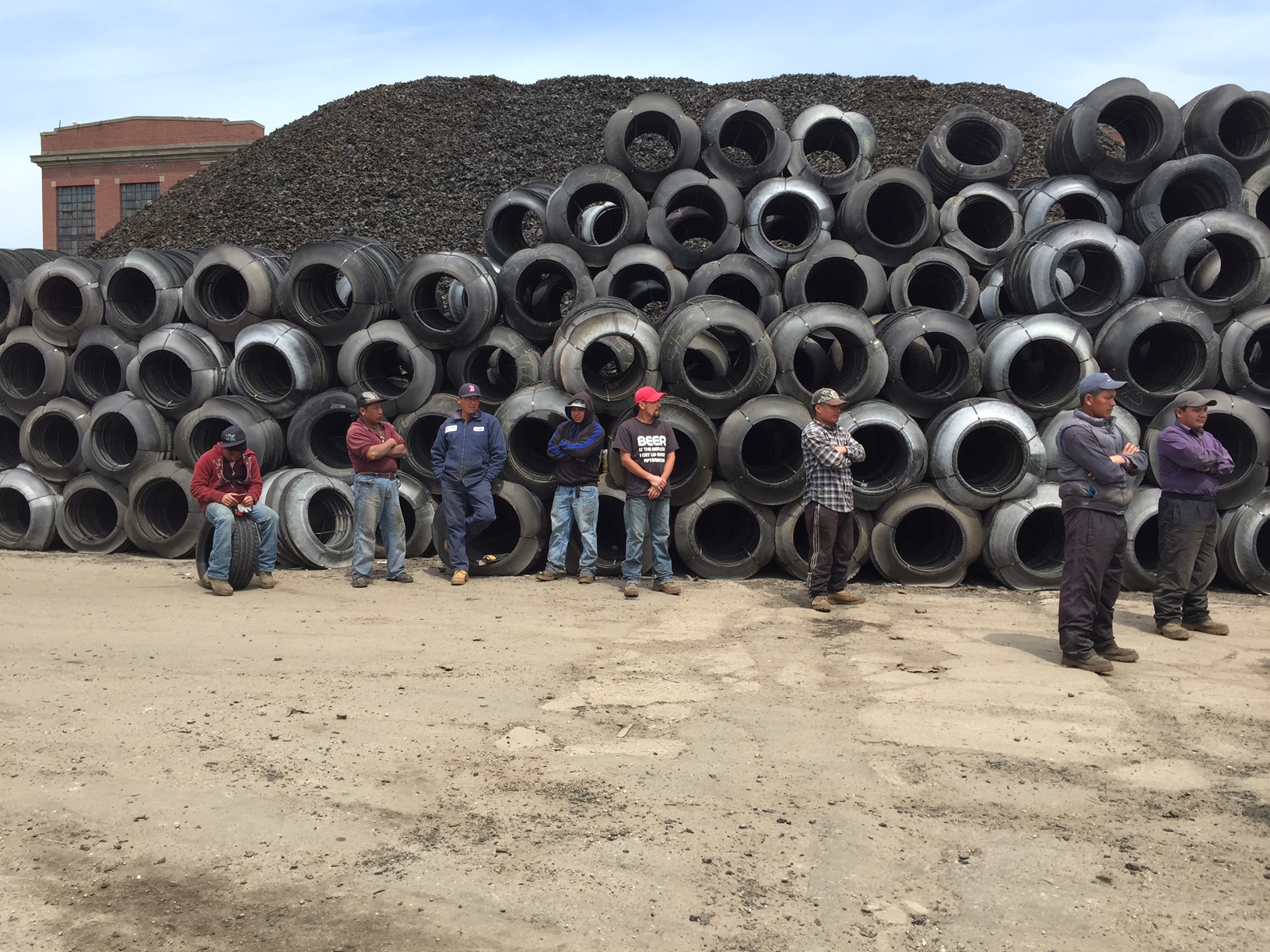 The textile industry has long since disappeared. Today, Southern Massachusetts is an impoverished region with high levels of unemployment. Here, thousands of Mayans work in the fishing industry, an industry that has not yet been completely destroyed by capitalism. Business owners base their earnings on the super-exploitatation of immigrant workers, paying low wages and maintaining sweatshop-like conditions. The workers at Bob’s Tire are fighting to set an example for other young workers.Through organization and struggle, they can defeat the bosses and win their demands.

After six long months of fruitless negotiations, the UFCW has finally organized their first protest to make the voices of the workers heard. At the protest, WorkersMedia with Left Voice interviewed Tomás Ventura, who talked about the ongoing struggle. During the protest, the President of UFCW Local 328, Tim Melia, gave a vibrant speech where he promised they would continue fighting until a fair contract was achieved.

Bob’s Tire workers are showing their strength and unity to the bosses. It is through mobilization and struggle and with the solidarity of the community that they will win their demands and impose a contract on the company owner–with better wages and better working conditions.

Solidarity with Bob’s Tire Company Workers!
An injury to one is an injury to all!