Guttmacher Union Wins, But Union Leader is Fired Within Hours of Victory

On July 7, 97% of Guttmacher employees voted in favor of unionizing. Within hours, a worker and key organizer of the union effort was fired. The fight for labor rights is linked to the fight for abortion rights, especially following the overturning of Roe v. Wade. 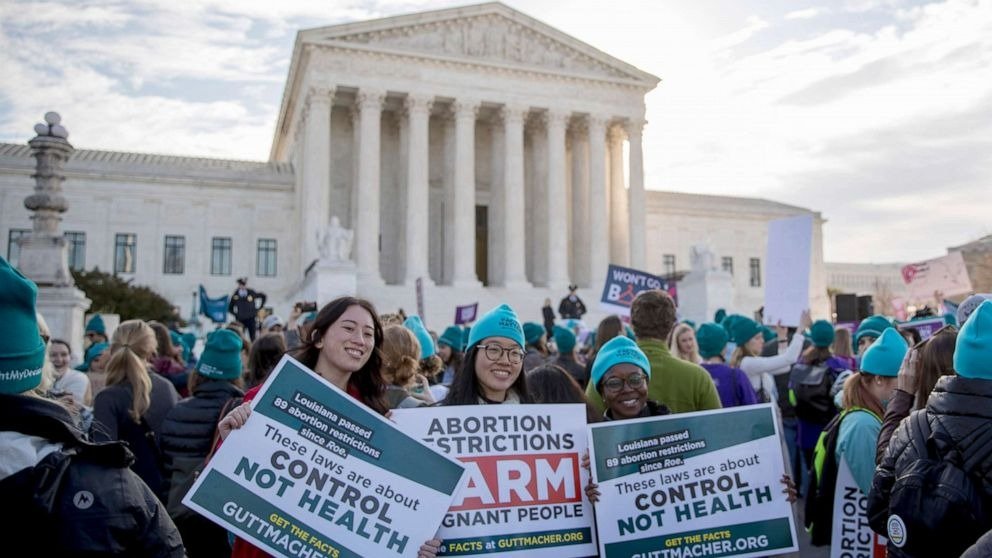 On May 2, the same day that the draft of the Supreme Court opinion in Dobbs v. Jackson Women’s Health Organization was leaked, Guttmacher employees announced that they joined with the Office and Professional Employees International Union (OPEIU) and demanded management to recognize their union. Guttmacher management initially talked about being amenable to voluntarily recognizing the union, but ultimately hired Jackson Lewis, a notorious union-busting law firm, as their legal counsel. Guttmacher Employees United filed a petition with the National Labor Relations Board to begin the process of holding an election.

Workers at Guttmacher Institute are fighting for better opportunities for growth and promotion, more equitable pay, and better working conditions. Madeleine Haas, a member of the organizing committee who has worked at the Guttmacher Institute for 2 years also cited increased transparency in decision making as another core demand. The months before the vote have been marked by high staff turnover. In the past 15 months, 37 employees have either left the organization or indicated that they plan to leave, 10 of 11 workers in the policy arm have quit, and 16 additional employees have left the institute’s research division — a figure the union estimates constitutes more than a quarter of the organization’s researchers. Workers say that they have experienced hostile, toxic behaviors, murky promotion criteria, and inequitable compensation persisted, and that “being shamed, ignored, and punished by senior leadership for raising and trying to address these issues.”

The fight against terrible work conditions and for a union at Guttmacher Institute, especially in light of the recent Supreme Court decision that overturned Roe v. Wade, is especially important. As workers explain a few weeks before the decision came down, the workers want to “alleviate the organization’s high attrition rate at a crucial time for our movement.” As they explain, “With the Supreme Court likely to overturn Roe v. Wade, this pivotal moment demands mutual support, organizational transparency, and swift, collective action. This moment demands a union.”

Not even an hour after the union vote passed, organizing committee member Sam Heyne was fired — a clear example of retaliation and union-busting. Sam was pulled into an impromptu meeting, denied her Weingarten rights to request a union representative, and was fired immediately. OPEIU Local 153 is calling for CEO Herminia Palacio and VP of Finance and Administration Maureen Burnley to stop union busting and reinstate Sam immediately. You can sign the petition here.

The bosses at liberal institutions are ultimately still bosses — they will do anything necessary to limit workers from taking more ownership and control over their workplaces. Being a CEO at the Guttmacher Institute, a leading progressive research and policy organization committed to advancing sexual and reproductive health and rights, doesn’t preclude you from being beholden to your board over your employees. This must serve as a lesson — bosses are not our allies and they will dispose of us as soon as it is convenient, no matter how many tweets they send about looking forward to a collaborative and successful relationship with the union.

Guttmacher Institute employees are joining a slew of reproductive health organizations fighting to unionize, such as Planned Parenthood, the Center for Reproductive Rights, URGE: Unite for Reproductive & Gender Equity, and AccessMatters. Workers at Planned Parenthood clinics across the country are echoing some of the same concerns as Guttmacher employees, saying that they are understaffed, underpaid, and overworked, and that the lack of resources is undermining their ability to do their jobs in a moment when it is more important than ever to have all hands on deck in the fight for abortion rights.

All of these workers are explicitly linking the fight for labor rights and protections to the fight for abortion rights. Ashley Little, a research assistant at Guttmacher stated, “Both abortion and workers’ rights are about having control of the decisions that affect your life, and if we’re going to continue on in a post-Roe America, workers need to have a say in their lives.” As abortion rights come under attack in an alarming number of states, reproductive health worker unions, whether that be in clinical care like Planned Parenthood or research institutions like Guttmacher, must be on the front lines. Furthermore, they should be calling on other unions to use their labor power to fight for abortion rights alongside them — to fight for the right to free, safe, legal abortion on demand with all of the power of the working class and against retaliation from bosses for organizing their workplaces.