Has the Supreme Court Become Queer Friendly or Do They Just Know How to Read a Room?

LGBTQ+ people won an important victory yesterday. We won the most basic workplace protection: the right to not be discriminated on the basis of gender identity or sexual orientation. What does this mean for queer folks, as well as for national politics? 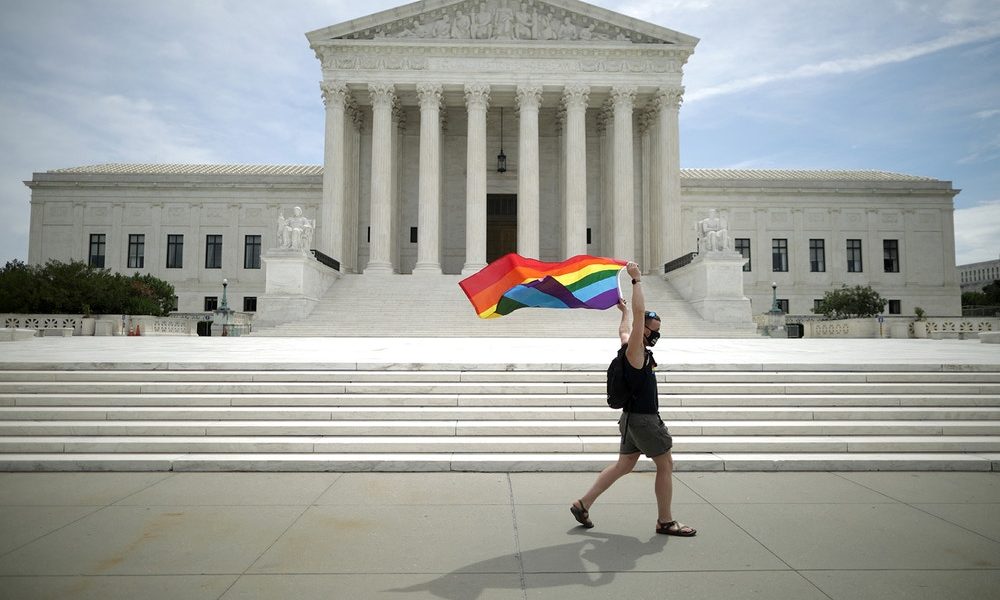 Finally. That’s what I thought when the Supreme Court banned workplace discrimination against LGBTQ+ people. Nearly half of states in the United States refused to pass this most basic protections for LGBTQ+ people. They will now be forced to accept non-discrimination policies as a result of this Supreme Court decision. The court decided that Title VII of the Civil Rights Act of 1964, which bans employers from discriminating against workers on the basis of sex, extends to gender identity and sexual orientation as well.

In other words, just today, in 2020, it will be illegal to fire someone on the basis of their sexual orientation or their gender identity. This is the most basic right. And we finally have it. This is a victory and we should think of it as such.

It is a surprising decision coming from the current Supreme Court — it is one of the most conservative in recent history, with two Trump appointees on the bench.

This also comes in the context of Donald Trump’s attempts to stoke a culture war. As the rest of the political establishment and capitalist class try to stop further polarization, Trump has escalated his attacks against the most marginalized in a clear attempt to mobilize his base ahead of the upcoming election. In this sense, this ruling is a blow against Donald Trump and a win for LGBTQ+ people. But this decision isn’t a result of the Supreme Court’s inherent “integrity.” They’re adapting to the current situation to protect the legitimacy of the institutions that Trump is eroding.

We should not be lulled by this victory; in order to achieve gender and sexual liberation, we will  need to fight against the capitalist system itself. And yet, this victory demonstrates that even against a right-wing Supreme Court and a right-wing President, it is possible to win reforms.

A Bad Day for Trump

This Supreme Court ruling comes as a slap in the face to Donald Trump who has made transphobia and homophobia important parts of his policies. On Friday his administration repealed protections for trans people in healthcare, on the anniversary of the Pulse massacre. Trump repealed an Obama era protection against healthcare discrimination. The Department of Health and Human Services, defined sex as “male or female and as determined by biology,” thereby allowing healthcare and insurance providers to discriminate against trans people. As a result, medical providers could deny care to trans people as well as allow insurance companies to deny people gender-affirming surgery.

This ruling is a particularly big slap in the face given that it was Neil Gorsich, Trump’s own appointee, that joined with the more “progressive” Supreme Court justices to pass this ruling. In fact, Gorsich wrote the decision.

Trump has been having a bad few months. He botched the coronavirus response and began attacking governors on twitter. The economy is tanking and Trump is a destabilizing force.

And Trump’s political crisis came to a head during the Black Lives Matter protests. He has been getting heat after he argued for the deployment of the military against domestic protesters. Trump has also received bad press for ordering that protesters be tear-gassed to clear a path in order to march across the White House lawn to a church on the other side of the street, bible in hand and Gen. Mark Milley, the chairman of the Joint Chiefs of Staff next to him. Since then, Milley apologized, saying “I should not have been there. My presence in that moment and in that environment created a perception of the military involved in domestic politics.” “He’s been criticized by members of the Republican Party, by current and former military leaders, and by the press for these actions, as well as his polarizing law and order tweets. In fact, Twitter flagged Trump’s tweet.

The statements of dissent from both the military leaders and members of Trump’s Party aren’t because they are on the side of the protesters, but rather because they recognize that the institutions of the regime have never been so delegitimized in modern history. After all, more people support the burning of a police precinct than support Donald Trump or Joe Biden.

Similarly, the Supreme Court is showing that they won’t follow Trump in his culture war — at least not right now. Desperate to redeem institutions of the regime, the Supreme Court came down on the side of popular opinion and against their own conservative ideology.

Will the Supreme Court Save Us?

Just today, the Supreme Court refused to hear a case about qualified immunity of the cops, which shields cops accused of brutality. This is particularly important to queer folks of color who are killed by the cops, like Tony McDade, and also regularly harassed and brutalized by the cops. And just two years ago, the Supreme Court ruled against a queer couple, arguing that a Colorado baker was allowed to discriminate against them.

So we must be clear, the Supreme Court is not on the side of oppressed people.

The Supreme Court did not rule in our favor on Monday because of how the law was written, or because of the goodness of their heart. They ruled this way because of the broader queer liberation movement, as well as the increasing crisis of the institutions of the regime which made it untenable for them to rule differently. In fact, Gorsuch even posited considering the response to his decision when he asked whether a judge should “take into consideration the massive social upheaval that would be entailed” if they were to rule in favor of the gay and trans plaintiffs. Turns out he considered the massive cultural upheaval in the other direction.

A similar dynamic was at play in the Brown v. Board decision. As Lee Sustar argues in Socialist Worker, “Far from being a proponent of the civil rights movement, the [Chief Justice Earl] Warren court was chiefly concerned about the public image of the U.S. government. The U.S., trying to influence the newly independent regimes of Africa and Asia, was constantly embarrassed by the Southern segregationists who attacked even moderate civil rights leaders. Moreover, political leaders hoped the Brown decision would appease Black militants active in such groups as the National Negro Labor Council and in anti-Jim Crow coalitions organized around Southern churches.”

This is important to remember every election cycle when the Democrats argue that we must vote for the “lesser evil” no matter how unsavory the candidate because of the Supreme Court. But here we are, with a Trump nominee making it illegal to discriminate against LGBTQ+ people — which no previous Supreme Court ruled. Gorsuch is unquestionably a right-winger but it was the movement and the moment, not the President, who forced him into ruling in favor of queer rights

But, we must go further in our interrogation of the Supreme Court. Why should 9 unelected people decide on my basic civil rights? They are a privileged caste of politicians who hold their positions for life. They make decisions without any input or accountability from the population, supposedly beholden to an old document, the Constitution, written by slave owners who wanted to safeguard their privileges. It is among the most undemocratic aspects of politics, one that can easily swing against working class and oppressed people, as it has in countless recent cases. Furthermore, why should 9 people, two of whom are credibly accused of sexual harassment or assault get to decide on my civil rights? And further, as was the case in Brown v. Board, a Supreme Court doesn’t mean that the rulings will be executed.

Lenin once said that equality in law was not equality in life when talking about the Soviet workers state that had just instituted the most comprehensive legislation for women’s rights that ever existed in one fail swoop. Even as these incredibly progressive reforms were implemented, he recognized that they would not mean that equality had occurred overnight.

That is even more true within capitalism, where inequality is immensely profitable for the capitalist state. While laws are passed which mark cultural shifts and some important material concessions, they are insufficient to guarantee equality and much less liberation.

Or take the current situation, where a right-wing Supreme Court just conceded a huge victory to LGBTQ+ people.  It’s not because they are queer-friendly. It’s because they read the room. It’s because the Trump administration and the institutions of the regime are facing a crisis, from above as well as from below. This means that it is possible to fight and win, even with a right-wing White House and Supreme Court. It should be fuel for us to fight to win more.

While this Supreme Court ruling is a win, we should also be clear that no amount of reforms within the framework of capitalism can guarantee equality or liberation for us. After all, queer oppression is etched in the heart of capitalism. So, we shouldn’t think of queer liberation as a ladder which we climb closer to the promised land with each reform. Although these reforms are important concessions and important victories, we will never be equal in a system built on vast material inequalities like the current capitalist system.