Healthcare Workers Are At War, But Trump Isn’t on Our Side

NYC physician gave this speech about the war against the coronavirus and the ongoing war against for-profit health care, Trump and capitalism itself. The coronavirus pandemic is magnifying capitalism’s complete inability to foster overall health and well being. We don’t just need a new healthcare system, but a new economic system altogether.
Share on facebook
Share on twitter
Share on email

With over 390K confirmed cases and more than 17K deaths at the time of this writing, the coronavirus pandemic is wreaking havoc across the globe, with Italy surpassing China in deaths and Iran in shambles, a situation made worse by the U.S. government’s absolutely genocidal sanctions. In the U.S., there have been over 46K confirmed cases and 583 deaths. This number of confirmed cases is clearly a gross underestimate as the U.S. was delayed in testing and has only tested a small proportion of the population. This is largely due to the fact that the U.S. declined to use an approved WHO test which the rest of the world had already been using as it wanted a U.S. firm to benefit from the contract. It has also been speculated that this was done partly due to Trump’s concern that higher COVID-19 cases may hurt his chance at re-election.

As testing in the U.S. increases, this number will undoubtedly skyrocket. Top health officials in research at Johns Hopkins estimate there could be between 50,000 and half a million cases in the U.S. at this time, and that number only looks like it will grow.

CDC criteria determining who should or should not be tested changes by the hour. The current recommendation is to test only those with symptoms and a known exposure or those who have traveled to a category I region such as Italy or China. These recommendations will again lead to an underestimate of the true burden of cases as the virus has clearly started spreading through communities. They also disproportionately leave the poor and working class, who are less likely to have traveled or know someone who has recently been to a Category I country, further exposed. Instead, countries such as South Korea have instituted mass testing and have drastically mitigated the spread of the virus as a result.

Healthcare workers like myself who have direct patient contact and pose a high risk of infecting others  face difficulties getting tested. Let that sink in. Yet, you know who can get tested? Tom Hanks and his wife Rita Wilson can get tested. The entire Brooklyn nets basketball team can get tested — since their team owner has the funds to hire a private lab. Billionaires like Jeff Bezos and Bill Gates would likely have no problem getting tested, even in whatever safe house they are currently hiding in. The disparities in testing are typical under capitalism.

But even if the U.S. had widespread testing it would still be nowhere near enough. Under current healthcare policy, widespread testing would be free to everyone, but what about treatment? As reported by CBS news, the recent COVID-19 relief bill provides “free testing, expanded funding for food security programs and paid sick, family and medical leave for workers at companies with 500 employees or fewer.” But there are still questions if needed medical care due to COVID-19 would be covered.

This question is important as medical bills are the number one cause of bankruptcy in the U.S. and long hospital stays to treat COVID-19 could lead to economic ruin. This leads many to be less likely to seek care when they actually need it. With recent bills for paid sick leave not covering 80% of US workers, it also leaves workers who are ill more likely to continue trying to work and hence spreading the virus. Just last week, a panel appointed by New York governor Andrew Cuomo unveiled on Thursday its plan to reduce the state’s Medicaid spending by some $400 million.

Dr. Anthony Fauci, Director of the National Institute of Allergy and Infectious Diseases and top member of Trump’s coronavirus task force, recently stated that it’s possible millions could die in the United States alone. Based on my experience working in the United States’ pathetic excuse for a healthcare system, what I personally have seen, and what my colleagues report, I cannot help but think that number is not an exaggeration. To cover a few of the issues:

Hospitals around the country are quickly running out of supplies. This has led to practices in hospitals that would never be acceptable under other circumstances. In one New York hospital, management advised staff to “reuse” N95 masks with a distributed document saying “N95 masks will be reused by staff until they are soiled, moist, or compromised,” and to obtain a new mask an associate must “request a mask from their supervisor.” Meanwhile capitalism continues to function as destructively as usual. The Intercept recently reported investment bankers are pushing health care companies producing supplies needed by healthcare workers to raise prices on necessary medical supplies to increase profit. It was also reported that some companies are now charging $7 for protective masks that typically cost less than $1. None of this should be surprising coming from executives who question whether curing disease is a “sustainable business model,” nor should it be surprising within a system that continually seeks profit maximization despite deadly circumstances.

When hospitals are surging with new patients like this, it is important to have an adequate number of well trained staff. Over the years hospital administrations have repeatedly ignored nurses’ calls to increase hiring of staff to achieve safe staffing ratios, which, if instituted, would have made handling a pandemic more tolerable. In fact, in NYC nurses nearly went on strike in five hospitals in order to get safe staffing.  Now, around the country hospitals are scrambling, putting out calls for retired nurses to return to work to help fill staffing gaps. Capitalists’ consistent push for profits is now coming home to roost, manifesting as staff shortages during this crisis.

Much concern has been discussed about available ventilators as many COVID-19 patients require intubation to assist patient breathing. About 960,000 coronavirus patients may need to be put on ventilators but the United States has only about 200,000 machines, according to the Society of Critical Care Medicine, the Associated Press reported. U.S. industry, organized to benefit a wealthy minority of capitalists, has been unable to respond to this demand and hospitals are still reporting shortages.

War Against Not Only a Pandemic, But Also Against Capitalists

The U.S. has had months to prepare for this pandemic. From the outset, there should have been a mass mobilization of mask production, ventilation production, and PPE (protective personal equipment, e.g., masks, gowns, gloves, face shields, etc.) production.

That’s why now, we urgently need a nationalization of the entire healthcare system under worker control. The for-profit companies producing the vaccines, surgical masks, ventilators, and disinfectants needed to battle this pandemic must be immediately nationalized to make sure there are enough resources available to treat everyone. We simply cannot accept these parasites running our healthcare system for a minute longer.

There should also be a conversion of buildings or building of new sites for ICU beds, but capitalism finds itself in a contradiction: we have a healthcare system based on profits, but right now, we need to mobilize all of production and healthcare for the purposes of saving people’s lives. And capitalism has shown itself incapable of doing that. Instead of directing money to this necessary task, the U.S. Federal Reserve Bank injected $1.5 trillion into the stock market. Now the Federal Reserve bank even plans to offer $1 trillion of loans per day to large banks through the end of this month.

Donald Trump is calling himself a war President, at war with this virus. But nurses and doctors like me are not only waging a war against the virus, but also a class war against Trump, the capitalists and the capitalist government.

Myself and other healthcare workers are at war every day with the CEOs, insurance executives, managers who just make it more difficult for us to give patients the care they need. We need a healthcare system run democratically by doctors, nurses, employees, and patients. This would be drastically different from the current system in which wealthy capitalists make the major decisions in hospitals, pharmaceutical companies, device manufacturing firms, and insurance companies. We need a system where healthcare is a human right, and not a means to make money.

We ultimately need an economic system that puts health and survival over profit maximization. Socialism would allow for all production to be organized in a planned economy under workers’ control, so that resources could be better allocated and the creative and scientific energy of people could be used productively for the benefit of all of us.

Ultimately, what we are seeing unfold in the U.S. is what happens when you develop a healthcare system inside of capitalism. One that is predicated around extracting profit from sick bodies. One that continually attempts to drive down costs whenever possible. Dr. Fauci stated that our “system is not built for this,” but healthcare workers dedicated to treating patients have been condemning this system for years. Our healthcare system has always been a complete disaster, but a pandemic like this just magnifies that fact.  Capitalism will never give us what we need. We not only need a new healthcare system, but a new economic system that values life over profit. 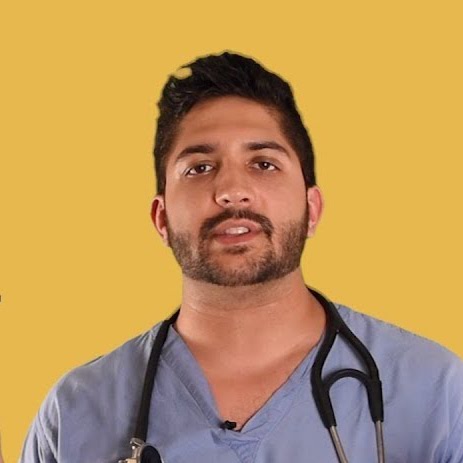