Healthcare Workers Must Join the Fight for Trans Liberation

Healthcare workers must join the fight against attacks on the trans community. In the process, we must fight to destroy the capitalist system that oppresses us all. 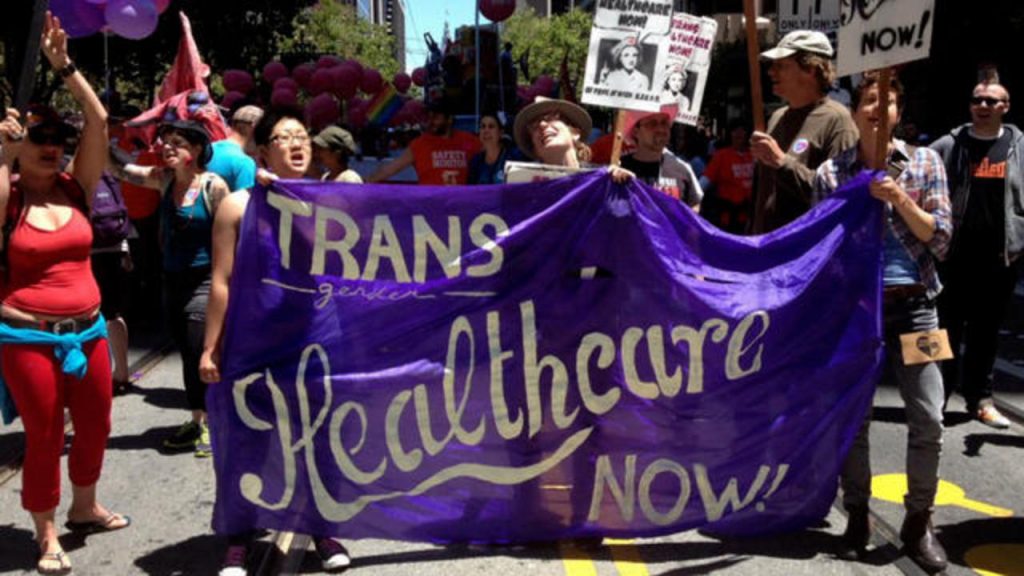 Today’s Trans Day of Remembrance occurs in a year of increasing attacks against Trans people in the United States. Legislatures have introduced and passed laws targeting trans people — especially trans children — throughout the country. For example, eight anti-trans sports bans have passed in various states in the past few months alone. In Tennessee, an anti-LGBTQ education bill passed earlier this year that requires schools to notify families before providing instruction in any curriculum related to gender identity or sexual orientation.

These attacks extend into healthcare access, where trans people face constant threats, from abortion bans to a myriad of laws keeping trans youth from obtaining gender-affirming health care, all of which are forms of vital, life-saving care.

As healthcare workers, it is necessary to stand with the trans community, fighting every bill and every barrier to gender-affirming care. Like abortion, gender-affirming care is essential and should be free. Healthcare workers should condemn every instance of violence and transphobia against the trans community, especially among our own ranks. We must mobilize our workplaces and our unions to take up these fights. Unions like National Nurses United (NNU), one of the biggest unions in the country, must take up the fight for trans lives.

Standing with the trans community goes beyond demanding more care in a healthcare system that already fails trans people on many fronts. The medical industrial complex exists to uphold, profit from, and support the capitalist system. It trains workers to be efficient tools for extracting profit from bodies damaged by capitalism. It does not train its workers to provide compassionate, gender-affirming care to trans people. In clinical settings, such care is not even possible. Patients are funneled through factory-like conditions in which healthcare workers must provide care within set intervals — often under 15 minutes. Capitalist healthcare fails trans people, and will continue to do so until we fight to change the medical system itself.

We need health care that is adequate, free and available to everyone on demand. Specifically, we need a universal healthcare system under worker and patient control. Only healthcare workers and patients should decide how, how often, and how long care is given — not insurance companies or medical corporations which prioritize profit maximization over health. With health care under the control of working people and a clear focus on the rights and protections of specially oppressed sectors, a healthcare system that addresses the wellbeing of trans folks becomes possible.

While fighting for trans liberation and better health care for the trans community, as healthcare workers our fight cannot be limited to the “healthcare” sector. In the United States, trans individuals often face severe housing discrimination and precariousness, and are at greater risk of being unhoused and unsheltered compared cisgender individuals. As Ezra Brain notes, “Trans people are also disproportionately policed and imprisoned. 22 percent of Trans people report being harassed by police officers while 7 percent of Black Trans people were sexually assaulted by police officers.”

Whether through lack of housing in a world where capitalists buy up property to increase their wealth, or attacks by racist gangs of strike-breaking murders who exist to protect private property (the cops), these dynamics affect the health of trans individuals. Healthcare workers must join the fight to build a society where everyone has a right to housing and where the cops do not exist to terrorize the trans community or anyone else.

Healthcare workers must use their strategic role as members of the working class to push back against the threats against trans people. As a healthcare worker, I see myself as part of an important sector that provided care throughout a pandemic, and continues to do so. This sector is important to keeping society running as capitalists require the maintenance of health in order to continue exploitation. Using our strategic position would mean mobilizing and connecting with the LGBTQ+ rights groups and community members both inside and outside the healthcare setting. It could even lead healthcare workers to organize in their workplaces and within and outside of their unions. These could include organizing work stoppages or strikes to oppose laws that target trans people, or to condemn attacks on the trans community.

The fight for a society that respects trans rights and fosters the health and well-being of everyone must be a fight against the capitalist system. Capitalism requires the exploitation of the oppressed in order to function. It divides the working class and pits groups against each other based on race, gender, and sexual orientation. It requires the subjugation of one group under another in order to increase exploitation. In this light, trans liberation — or the liberation of any oppressed sector of society today — is not possible under capitalism. Fighting this system, which continues to harm the well being of every living thing on this earth, is inseparable from fighting for trans liberation. Healthcare workers must be part of this fight to overthrow capitalism.

The working class produces everything necessary for capitalism to run. Healthcare workers saw exactly how integral they were to maintaining society’s functioning at the peaks of the pandemic. We are also the group that can bring this system down if we mobilize together. As Tatiana Cozzarelli writes, “To lead a revolution, the working class has to show that it […] can resolve all of society’s problems, including the oppression of LGBTQ+ people. This alliance between the working class and all oppressed groups is the necessary basis for a socialist revolution.”

As a healthcare worker, the only real way to fight back is to organize in our workplaces and in the streets. We must be part of a movement to push back against trans oppression, while building a larger movement of working-class and oppressed people to bring down the whole capitalist system.