Journalist and filmmaker Carlos Broun has been compelled to pay a fine of $5,000 for documenting and broadcasting the events in the city of Minneapolis during the trial for the murder of George Floyd. 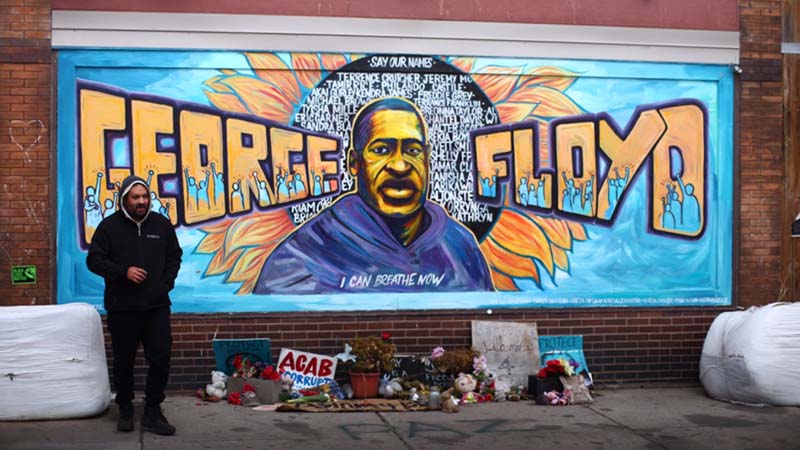 During the protests outside the court where Derek Chauvin was sentenced to prison, journalist Carlos Broun did essential reporting, sending videos, photographs and reports of the proceedings and the protests. These reports were published on Left Voice and Democracy Now and many other independent and non-profit media sites in other countries.

It is in these circumstances that Carlos was detained by cops for the use of a drone camera. Carlos explained that this device, the DJI Mini, is considered to be a toy for its lightweight, short range, low flight, and has no need for insurance or a license due to its specs, regardless of the fact that it makes high quality images.

The cops took Carlos’ identity to the Federal Aviation Agency who then started harassing him to make him pay an absurd fine. At this point, it is clear that the government is trying to intimidate activists and journalists who participated in the historic protests in Minneapolis and Brooklyn Center last year. The state puts its weight behind the persecution of protesters and journalists while it lets killer cops run free.

We denounce these bogus charges levied on Carlos and stand in solidarity with him and all other journalists and activists who are being persecuted or intimidated by the government.

Now, Carlos needs urgent help to pay this fine. He has set up a crowdfunding campaign to raise $5,000 for his fine. It is an amount that is beyond his means and he will face serious consequences if not paid in full immediately. Let’s help him!

The below images and videos are part of the work which Carlos did during those days.