Here Are the Anti-Union Texts Amazon is Sending Workers

Here are text messages from Amazon to a current employee attempting to convince them to vote no on the union. 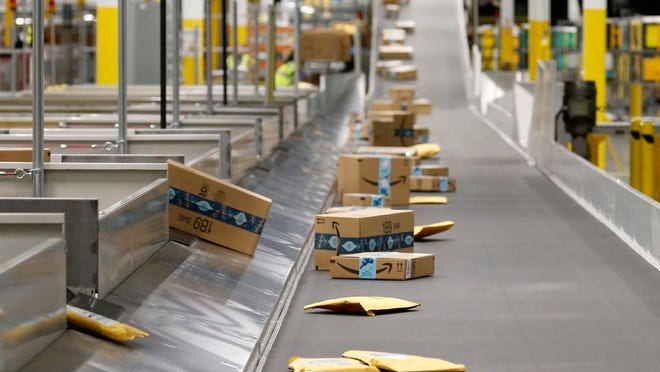 As Amazon workers vote on whether or not to authorize a union in Bessemer, Alabama, management is sending workers anti-union text messages telling them to vote no on the union.

All eyes are on Bessemer, Alabama as workers are in the last week of voting to authorize a historic union. This predominantly Black workforce of nearly 5,800 workers has been voting by mail since February. The last day to turn in ballots is Monday, March 29.

Since the union drive went public last year, Amazon has been waging an intense and expensive anti-union campaign. They have continued their union-busting tactics well into the voting period, even going so far as to text workers non-stop to vote against the union. A current Amazon worker shared with Left Voice the following messages from Amazon:

Amazon is trying to swindle workers into believing that all the “benefits” they enjoy will disappear with a union. It wants to pretend like it is a great place to work. But this runs counter to the experience of many of the workers in the warehouses who are fighting to unionize. Amazon worker Linda Burns recently told Left Voice, “They think we robots. The things they want us to get one in the amount of time they want it done, a human cannot do… We be dead tired, we sore.” Amazon tells workers they should be happy that the company pays them $15 per hour, well above the federal minimum wage, but as Burns explains, it’s nowhere near enough to live on. “Once they take out Bessemer tax and Birmingham tax and insurance and all, that’s not enough to live off of. After you pay, it’s just 300 dollars and that’s groceries.”

Another BHM1 worker, Jennifer Bates, knows that the conditions at Amazon are inhumane, designed to squeeze out every cent of profit for the bosses from its workers. “My co-workers and I — older, younger, middle-aged people — were all limping from climbing up and down the stairs in the four-floor building. I asked once, “Well, there’s an elevator right there. Why can’t we use it?” My co-workers said, “They told us that we couldn’t.” We could put the products on the elevators and send them up, but then we had to take the stairs. It’s like it was designed to punish us for some reason.”

Amazon’s management might think these conditions make for a great place to work, but its workers tell a different story.

From the very beginning of the union drive, management has engaged in horrible union-busting tactics, including these text messages. The bosses have pulled out all the stops to thwart the unionization effort, including everything from threats of job loss, phone calls to workers, anti-union meetings, and a ridiculous anti-union website featuring a doggie DJ. Amazon successfully petitioned the city to change the amount of time at red lights so that organizers have less time to talk to workers in their cars. Amazon is paying consultants nearly $10,000 a day to stop the unionization effort. They’ve also hired off duty police officers to patrol the warehouse to try to keep pro-union canvassers from meeting with workers.

Meanwhile, as Amazon fills the bathrooms with anti-union propaganda, union organizers are forced to meet off Amazon property and risk being fired if they talk about the union on company time.

This is a David versus Goliath struggle, with Amazon pushing hard to kill the union with lies and all the money they make off the backs of these workers at their disposal. Nevertheless, the workers in Bessemer waging this fight have the support of their community and the working class across the country and the world.