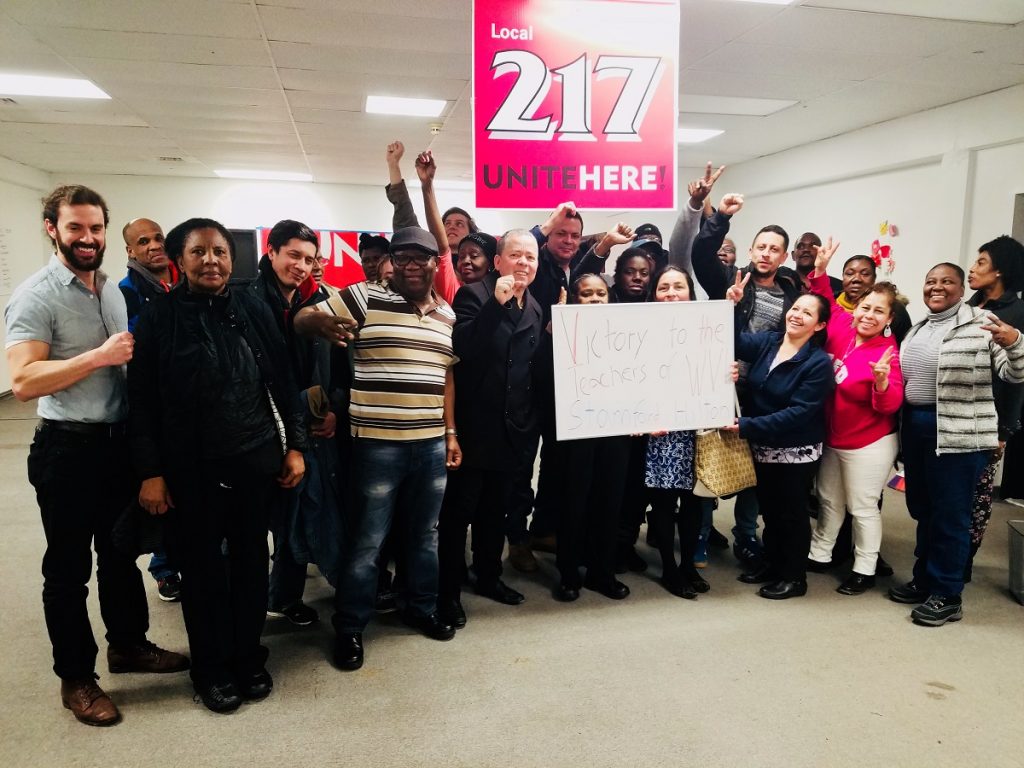 Recently, the Hilton Hotel in Stamford, CT won a battle to unionize their workplace. The Hilton workers make less than $15 an hour and speak different languages, primarily Haitian Creole, Spanish, and English. However, these diverse workers came together to unionize in order fight one of the largest hotel chains in the world. Although the Hilton spent millions to hire a strike-breaking law firm, in the end, only five workers voted against the union.

Now these workers are fighting for a contract. At their most recent meeting to discuss the negotiation, the workers took time out to show solidarity with the West Virginia teachers who are on strike. As Maria Ines, a housekeeper at the Hilton said, workers “need to be strong like a chain. We need to be united and strong.”

Solidarity with West Virginia teachers who are an inspiration to workers around the country! Unite Here Local # 217 is with you!