Hired to Kill: Why Cops Murder with Impunity 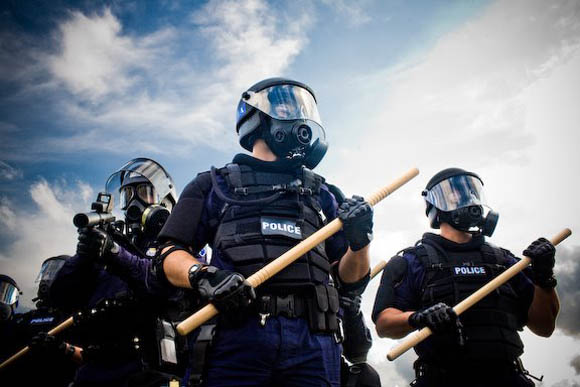 The Black kid was sitting in the front passenger seat in a car full of teenagers coming out of a party. The car was driving away from the police. Although the officer involved in the shooting was fired, it is far from certain that he will face conviction. 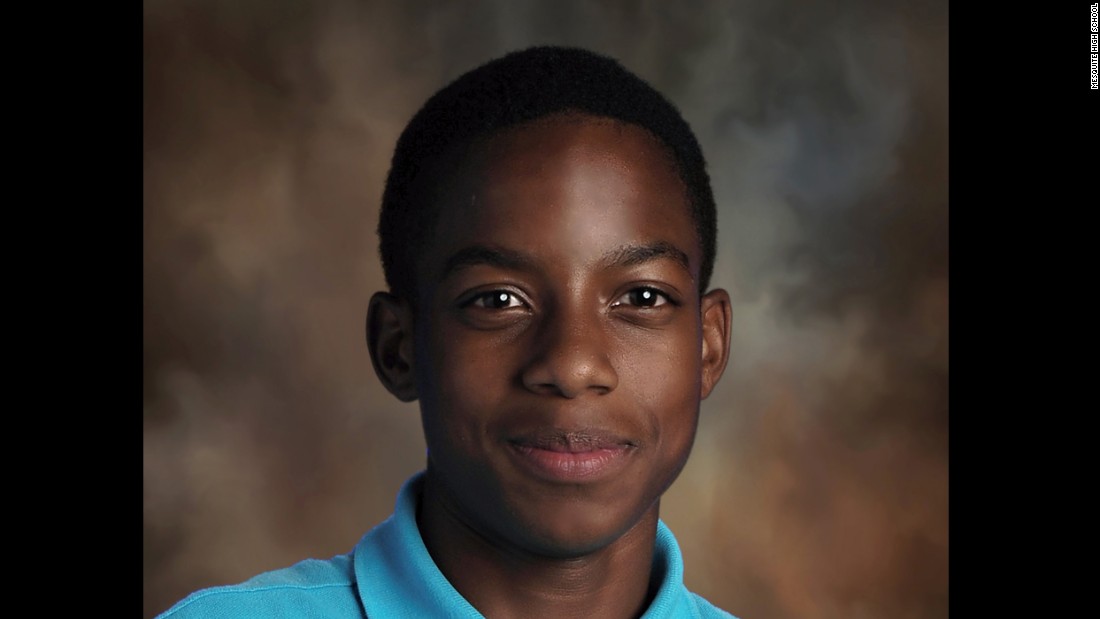 Just three days after Jordan Edwards was killed, the Department of Justice decided not to bring charges against the police officer who took the life of Alton Sterling. Two weeks later, on May 17, the cop who shot and killed Terence Crutcher, Betty Shelby was acquitted. These are not exceptions. In fact, it’s a pattern. We’ve seen similar outcomes for the six officers who beat Freddy Gray to death, the cop who strangled Eric Garner, the one who executed 13-year-old Tamir Rice in a playground.

Whenever there is a fatal police shooting, the family of the victim, shocked and overwhelmed by the loss, might discourage protesters from causing more disruption. While protesters are standing up in the battle, raising their voices and refusing to forgive and forget, the victim’s family is in pain and looking for peace. The media and the State (local, state and federal governments) are quick to amplify this desire expressed by family members, spreading the notion that the family is the ultimate authority and all must follow.

When protesters block streets, hold rallies, occupy, march and demand justice, they are berated by politicians, labeled “thugs,” “adventurers” or “outsiders,” repressed by police, and arrested.

The police unions close ranks and typically join the government and the mainstream media in a bourgeois united front in defense of the killer cop. The brutal murder goes unpunished and capital and the state return to business as usual.

But how did we reach this point? To be sure, this is not new: lethal police brutality has been a feature of the police force since its origins. But public awareness, facilitated by technological innovation and social media, has increased dramatically. So, doesn’t this sequence of deadly events repeated over and over again have any bearing on our vision of society, the police and the state?

The Creation of Urban Outcasts

In his book Urban Outcasts, Loïc Wacquant links the rise of economically depressed and racially segregated neighborhoods with what he identifies as a new regime of urban poverty. The rising inequalities and the instability and heterogeneity of wage labor relations produce what he calls an advanced marginality. This trend is accentuated by the retrenchment of the welfare state that has taken place over the past four decades.

Wacquant explains that the urban riots that have taken place since the 90s in depressed urban areas of the UK, the US, and in France (banlieues) are phenomena linked to both protestation of ethno-racial injustice as well as a certain “class logic”–that is, working-class people rising up against economic deprivation and widening social inequalities.

In this framework, the riots are a direct response to the structural violence unleashed upon them by the State, which through a multitude of policies and institutions cause mass unemployment, heightened stigmatization of racial minorities and immigrants, and relegates swaths of working-class people to decaying neighborhoods. In this context, Wacquant asserts, “violence and crime are often the only means that youths of proletarian background with no employment prospects have of acquiring the money and the consumer goods indispensable for acceding to socially recognized existence.” And oftentimes, illegal activities are the only available means of subsistence.

Housing policies have provoked and reinforced geographic segregation since the early 20th century. From government-enforced neighbor covenants that kept Blacks out, to redlining, to housing speculation that left four million American families in the streets after the 2008 crisis, working-class families and Blacks in particular have consistently lost out, or been locked out. Black and Brown working-class and poor kids attend grossly under-resourced schools, only to find out years later that there are few, and often precarious jobs for them. A profound sense of battling the odds and surviving in an unfair system permeates these communities: the laws rigorously protect private property, but blatantly fail to guarantee human rights, such as the right to health care, education or a job.

So why would the folks in these neighborhoods have any respect for law and order? The state is seen by many, particularly communities of color and undocumented people, as an alien power that sets the rules of the game against them. In other words, bourgeois hegemony (i.e., the ability of capital and its state to purport itself as the provider of the political program that benefits all classes in society) is considerably weakened.

The lower layers of society cannot be convinced exclusively through ideology that the social and economic order is just. Concrete material concessions must be made; some sort of economic distribution that provides meat to the bare bones of liberal bourgeois democracy. This is the material basis of hegemony. With economic inequalities on the rise since the late 1970s–the flipside of which is the steady fall in real wages despite the increase in productivity–the task of dissuading the ‘outcasts’ from challenging capitalist law and order or violating the sacral character of private property, falls increasingly on the police. Finding itself unable to dominate through consensus, the ruling class does so increasingly through coercion.

The state needs the police, and it needs precisely the kind of policing we saw with Jordan Edwards, Alton Sterling, Michael Brown. The higher the inequalities and the more oppressed and marginalized a sector of the population is, the more necessary a tough, ruthless police.

It then follows that if the state sends in the boys in blue to deal with those disaffected by the system, it must also grant them impunity.

But there is a cost.

Wacquant asserts, “As the ‘frontline’ agency and frowning face of the state directly turned down towards precarious and marginal categories, the police are everywhere confronted with a deep crisis of legitimacy.”

Everyone Hates the Police

Many of us watched with awe as the youth of the Nuit Débout movement in France engaged in brave confrontations with the police. A chant was borne in the protests: “Tout le monde déteste la police”–everyone hates the police. The more vitriolic “Fuck the police” can be thought of as the American expression of the same sentiment.

Protesters in France chant “Everyone Hates the Police”

The rage is justified and it is progressive. Currents in the left that try to excuse the cops or describe them as workers in uniforms are completely missing the point. Brainwashed, trained and protected by the capitalist state, the police will always be the enemy of the working class.

We can expect liberals, who can’t see any alternative to capitalism, to ignore this historical truth. But coming from revolutionary socialists, the error is doubly disturbing. Considering the police as potential allies only inspires trust in none other than the armed thugs of capital.

Similarly, the demand for community control of the police is impossible to realize under capitalism. As long as we live in a capitalist society, the forces of order will play their role: maintain law and order, quell the protests, suppress anti-capitalist forces, protect private property.

That said, why bother to protest and demand justice? What’s the point of calling for jail time for killer cops if our end goal is the elimination of the entire capitalist system? Locking up individual killer cops may be retribution for victims’ family and friends, but it falls short of any broad, lasting change or solution to institutionalized racism.

The mobilizations and campaigns against killer cops can be useful in undermining the firepower of the state. This is a strategic objective for the left, since the repressive apparatus of the state is not solely wielded against the poor and marginalized; it has been used systematically against the revolutionary left.

Widespread mobilizations, roadblocks and protests during the height of BLM changed the tone of the conversation and helped unveil the true nature of the police. Every time a cop is sentenced to jail, although a rare occurrence, it is a result of popular pressure and amounts to a victory against the state. These victories raise the morale of working people fighting for justice and further delegitimize the police as a pillar institution of the state.

Furthermore, the push to demilitarize the police, although a reformist slogan if taken in isolation, could mean an important step forward to undermine the actual firepower of the police. (This is highly unlikely in the US due to the widespread private ownership of guns)

There are other tactics that we as workers can and should use. The initiative Strike Against Police Brutality in Los Angeles takes the example of Oakland longshoremen of ILWU Local 10 who went on strike to protest the racist police killings in May 2015.

Another example is the fight to kick police unions out of the labor federations (see “Cops Out of Our Unions”)–an attempt by rank-and-file workers to separate the grain from the chaff, strengthen workers’ organizations, and politicize the workplace and unions as sites of struggle against racism.

As for abolishing the police as some groups on the left have called for–we can do that, but only if we abolish the capitalist state. Everything we do before that must be considered part of laying the groundwork and preparing our forces for the final fight.