The slaying of two students is, unfortunately, not an extraordinary event in Honduras. 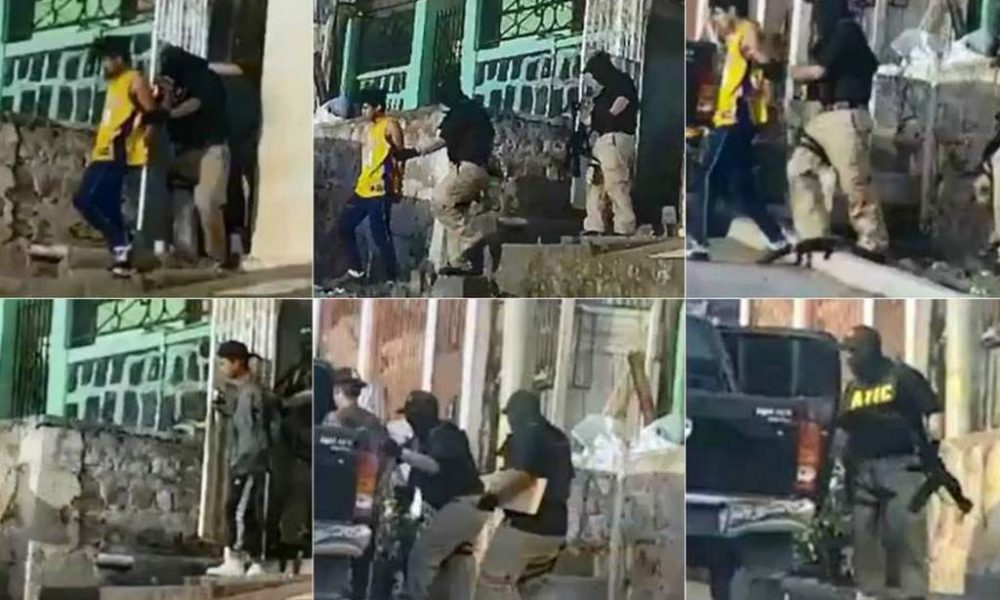 Warning: strong images of violence below.

Thousands of students have been killed in the country since the U.S.-backed coup in 2009. But the murders last week of Mario Enrique Suárez, 19, and Gerson Daniel Meza, 18, in the district of Comayagüela have rattled the population because the young men were last seen being taken away by uniformed state agents—and their abduction was caught on video.

The illegal and illegitimate government of President Juan Orlando Hernández, in a shameless display of cynicism, has blamed criminal gang members passing themselves off as state agents. Local mainstream media have dutifully played their role, filling their reports on the case with countless references to gang violence in the area, to one of the student’s previous arrest on drug charges and to statements by relatives lamenting that the young men had recently “strayed” from their family homes in pursuit of greater independence. One would be hard-pressed to find any mention in these reports of the students’ recent involvement in protests or of the highly conflictive social context in which the events took place.

Suárez and Meza, who attended the Technical Institute of Honduras in Tegucigalpa, were abducted from one of the student’s homes in a black pickup by four armed and uniformed members of the Technical Agency of Criminal Investigations (ATIC) on Aug. 29, as shown in the video that has since come to light. The next day, their bodies were found bound and gagged, with clear signs of torture, in La Montañita, a wooded area to the east of Tegucigalpa, the nation’s capital. A mother of one of the students has said the killers broke her son’s hands and legs, removed his eyeballs and cut off his nose. Both bodies showed signs of having been savagely beaten with clubs and then shot three times in the head. 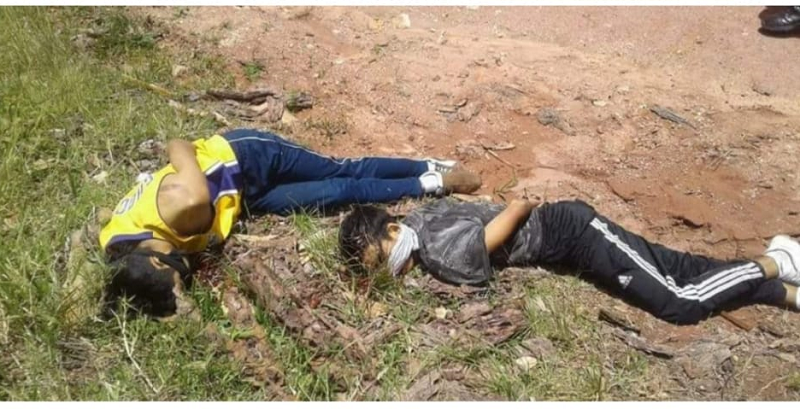 “We strongly condemn the violent death of the young students Gerson Meza and Mario Suárez, victims of a criminal organization passing itself off as agents of the Technical Agency of Criminal Investigations (ATIC) to commit their misdeeds,” says the government press release, in a brazen attempt to conceal its involvement. The same statement claims that “the ATIC is a specialized, eminently technical and scientific body, which in recent years has become the efficient strong arm of the State Prosecutor’s Office.” Several specialized teams, the statement adds, have been set up to capture the perpetrators and bring them to justice.

In response, the main opposition party, Libre, put out a press release on Sept. 1 indicating that the abduction of the young students was carried out using methods that have been used for years by Honduran paramilitary groups. “The death squads continue to operate as part of the State policy promoted by the tyranny of Juan Orlando Hernández,” the statement says, “who is now covering up the kidnapping and vile murder of the young students of the Technical Institute of Honduras who had protested a few days before against the high public transport fares.”

Just days before they were abducted, both students had participated in protests organized as part of a student movement demanding lower fuel costs, subsidized public transport and improvements to educational facilities. The movement emerged in mid-August in Tegucigalpa and the city of San Pedro Sula. Several public schools in northern Honduras have been occupied as part of this movement. The protests have been fiercely repressed by government forces, and the Department of Education has announced civil and criminal penalties against protesters and their professors who refuse to “discipline” them.

Student bodies have denounced cases of persecution and intimidation of student leaders by members of the armed forces, who have been showing up at educational institutions to find out the names of the students leading the protests. On Aug. 31, the same day that Suárez’s and Meza’s bodies were found, a student leader received several threatening phone calls from an unknown number. The caller said, “I know where you live. I know who your family is. You could die if you keep this up.”
According to the Observatory on Violence of the National Autonomous University of Honduras (UNAH), 21,000 students have been slain in Honduras in the last seven years. The number of student deaths has increased in recent months, and government forces have consistently blamed criminal gangs.

But the students protesters have not backed down. “Classes have been suspended in most of the schools,” says a student leader at Instituto Reyes in Tegucigalpa. “They will not resume until we get a positive answer from the education authorities.”