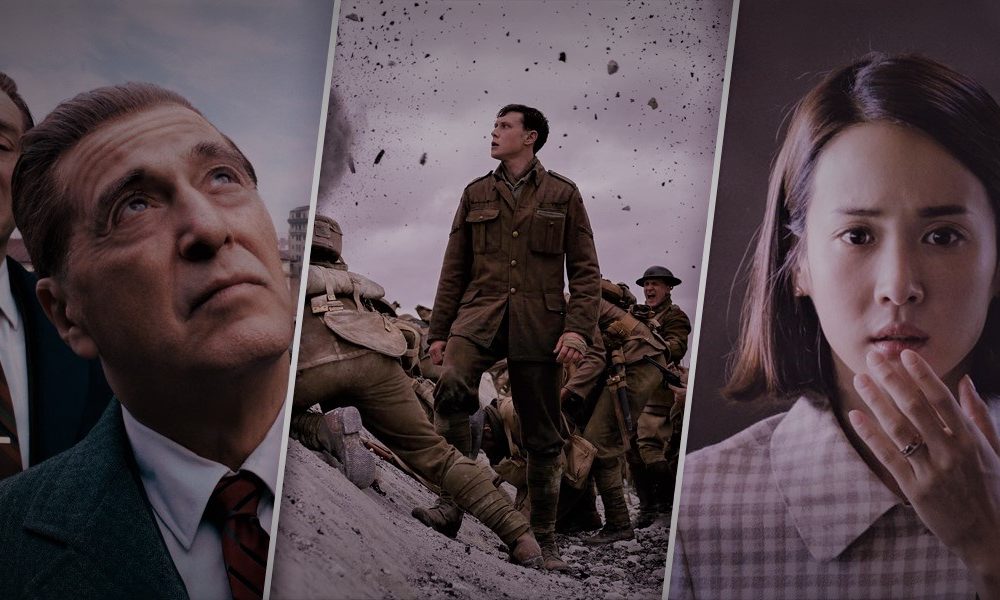 The 2019 movie season was dominated by discussions of class and capitalism. From blockbusters like Joker to indie hits like Hustlers to international crossovers like Parasite, the class divide was a key theme in many films with some critics even going so far as to call 2019 the year of class war in film. It is certainly true that many films this year have featured characters struggling against both capitalism and the bourgeoisie. In this vein, we’ve looked at several of the films that were nominated for Oscars to see how left they really are.

Is it Left?: It really depends on who you ask. We published not one but two articles on this question. Joker certainly engages with the question of class and capitalism but there is disagreement about what answer the film comes to. The protagonist, played by Joaquin Phoenix, is a man left behind by capitalist society and neoliberalism who then lashes out against those whom he feels have done him wrong. All of this culminates in a violent protest at the end of the film. Some feel that the message of Joker is that capitalism must be overthrown and to fight the real enemy of the bourgeoisie, while others feel that the film is middle-class nihilism suggesting that things can never get better. Still others feel that the film is right-wing propaganda. The most controversial film of the ones nominated is also the hardest to nail down politically.

Is it Left?: A mixed-bag. This is a pretty straight-forward World War I film that focuses on low ranking, working class  soldiers who have to deal with the horrors of imperialist war. In this sense, it avoids the most common war film traps of glamorizing the war with jingoistic speeches and brave charges to kill the ‘enemy.’ French filmmaker François Truffaut famously said that “there’s no such thing as an anti-war film,” but 1917 comes closer than most. It does, however, at times dehumanize the German soldiers in a way that could be read as defending the actions of the British Empire.

Is it Left?: Not particularly. But it does contain a very strong critique of union bureaucrats, equating them to the mob. The portrayal of Jimmy Hoffa—famed head of the Teamsters Union—has been controversial among some sectors of the left with film director Boots Riley tweeting (from his now deleted twitter account) about how the film is attacking unions. However, what The Irishman actually shows is how union bureaucrats collaborate with capitalists. Hoffa, we see, is using legitimate anger from the working class to position himself as an ally while actually just enriching himself. As we saw earlier this year with the United Auto Workers leadership, this is more often than not how union bureaucracy works: using radical buzzwords to maintain the status quo.

Once Upon A Time In…Hollywood

Is it Left?: Nope. This film is largely apolitical and doesn’t have much to say about society at large. Once Upon A Time In Hollywood is more concerned with creating the look of a fully realized world of 1960s Hollywood than it is with engaging with any of the larger social questions of the time period, including the Charles Manson phenomenon which is nominally the what the film is about. For example, there is no discussion of race at all in the film—which is probably a welcome reprieve from whatever it is that Quentin Tarantino would have to say about race in the 60s—despite the fact that white supremacy was a vital part of Charles Manson’s worldview. Much has been talked about how Once Upon… is a fantasy of the 60s, but we should ask ourselves who’s fantasy it is exactly. Certainly not a fantasy for people of color, queer people, or women.

Is it Left?: Absolutely! We wrote a review of how this film reveals the parasitic relationship between the bourgeois and the proletariat. Possibly the most left-wing film of the year, Parasite explicitly calls into question what our initial assumptions about the morality of the poor and rich are. The less you know about this film beforehand the better, so if you’ve seen it, check out our review. And if you haven’t, find a way to see it as soon as you can!

Is it Left?: A mixed-bag. On one hand, Jojo Rabbit follows how a young man who is radidcalized by the Nazi Party and calls attention to how the far-right uses propoganda and indoctrination to target vulnerable members of the working class. However, simply being anti-Nazi does not make a film left-wing. There is a surprising lack of real political engagement in this film with Taika Waititi, the director and screenwriter, sacrificing political analysis of 1940s Germany for a more individual story of one boy growing up to reject the hate that he was taught as a child.

Is it Left?: Not really. It is certainly class-aware insofar as it talks about how there is a class divide between the rich and the poor. This analysis, however, falls short in that at several key points in the film, a good-hearted member of the ruling class swoops in to save the less financially privileged characters. There are some materialist elements, with a major theme being that poor people have to make compromises in order to financially survive under capitalism. Once again though, the romantic elements of the film betray the analysis, and we see an ending where everyone is able to fully be happy because they found the “right” rich people to be their benefactors.

Is it Left?: No, but it also isn’t “not left.” This is a very individualized story of two middle-class people going through a break-up and doesn’t engage much with the world outside of that. The film does, however, offer a materialist framework for how divorce actually works with the high cost of getting a divorce being discussed at length in the film.

Is it Left?: Not at all! The film’s “progressive” protagonist is Pope Francis, a man who actively collaborated with the Argentinian dictatorship and now leads the Catholic Church. While it does try to address his past collaboration, it extends to Francis so much benefit of the doubt that it undermines any work that has been done to critically engage with his history. Pope Benedict too is given a redemptive story arc where he confesses to Francis in an emotionally climactic scene that he knew about priests abusing boys and helped cover it up. Francis then says he forgives Benedict, and that is, within the film, supposed to be enough. There is no accountability for any actions of either man within the film; all that matters is that they feel sorry for what they did. This is especially disappointing because the debate over the Catholic Church’s position in society as it relates to the priests scandal is on-going and far from settled. To make a film that is dis-interested in holding popes accountable for their actions is to stake a side in that debate that is inherently reactionary.

Is it Left?: Not even a little. The filmmakers have turned what could have been an interesting story about sexual harassment and abuse at Fox News into a valorization of Megyn Kelly and Gretchen Carlson. From the marketing to the film itself, they are presented at (almost) every turn as feminist heroes because they helped oust an abuser. While Kelly, Carlson, and others did help bring light to widespread misconduct at Fox News, they also helped build the strongest propaganda wing of the right wing in this country. Kelly–the protagonist of the film–is an especially despicable figure for her constant and continuous (including during the Oscar campaign!) racist and transphobic comments. The abuse and harassment that these women were subjected to was, of course, terrible and inexcusable. But being a survivor of assault and harassment does not automatically make one a progressive figure. Jay Roach, the director of the film, and the screenwriters ditch a nuanced and materialist analysis of the Fox News scandal for an easier and more digestible example of the worst kind of liberal feminism.

Is it Left?: Yes! This fun murder mystery is, from start to finish, a criticism of bourgeois liberalism–similar to Jordan Peele’s Get Out from a few years ago. The characters of Knives Out are entitled, privileged, and bigoted but view themselves as being good progressives. Their class interest, the film posits, is why they are so intentionally and unintentionally cruel to the working class. This is also one of the only mystery films that doesn’t ask the audience to root for the police to solve the mystery for the majority of the film.

What do you think of the political content of the nominated films? Join the conversation on our social media or write a guest review for us!