How Will Russia Celebrate the Centennial of the October Revolution?

It has been 100 years since the storming of the Red Palace that marked the world’s first successful socialist revolution. How will Russians remember this day? 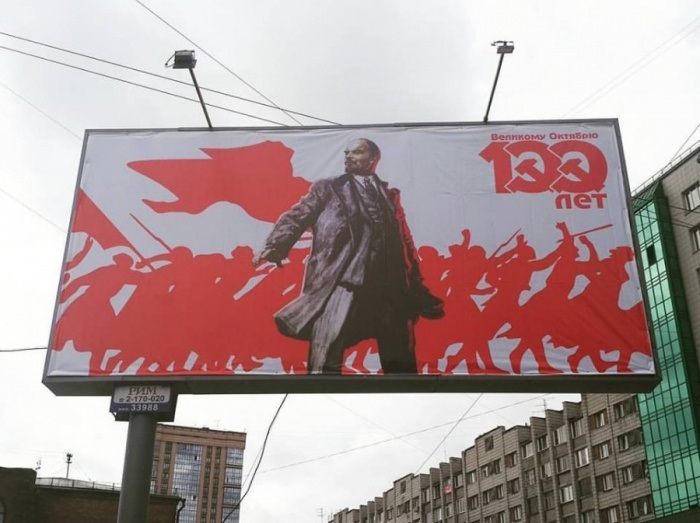 One hundred years ago, the Russian workers, organized in the Bolshevik party, staged the world’s first socialist revolution. In Petrograd, known as St. Petersburg today, the Red Guard seized key parts of the city with almost no bloodshed. Under Trotsky’s leadership, they stormed the Winter Palace and created the first workers’ state in history. Today, in Putin’s Russia, the country struggles with how to remember the the events of 1917. Still, the revolution’s importance cannot be ignored, even by the pro-market Russian officials, and St. Petersburg, as well as other cities throughout Russia, will be marking the centennial of Russian Revolution in various ways.

On December 20, 2016, Putin signed a directive to organize a committee in charge of events commemorating the centennial. [The order>http://publication.pravo.gov.ru/Document/View/0001201612200017] directed the committee to work out the plans for the celebration and for the Ministry of Culture to provide funding and oversee the technical and organizational details of the events.

“Petrograd and Women” is another exhibition presented in the the Museum of Political History of Russia in Saint Petersburg. The exhibition is dedicated to the women’s question in the 20th Century, with documents, clothes and other everyday items belonging to the women of the era. The Bolsheviks made many advances for women — legalizing divorce and abortion and encouraging women’s participation in the workforce and in the soviets. Stalin would later retreat from these reforms, ending abortion rights and linking a woman’s patriotism to her domestic labor.

An armored truck was moved to the Palace Square for tourists and Russians to see. It is a replica of the one that Lenin stood on as he delivered his famous speech in April 1917, “Comrades! I greet you as the vanguard of international proletarian army. The torch of the Socialist Revolution has been lit!” 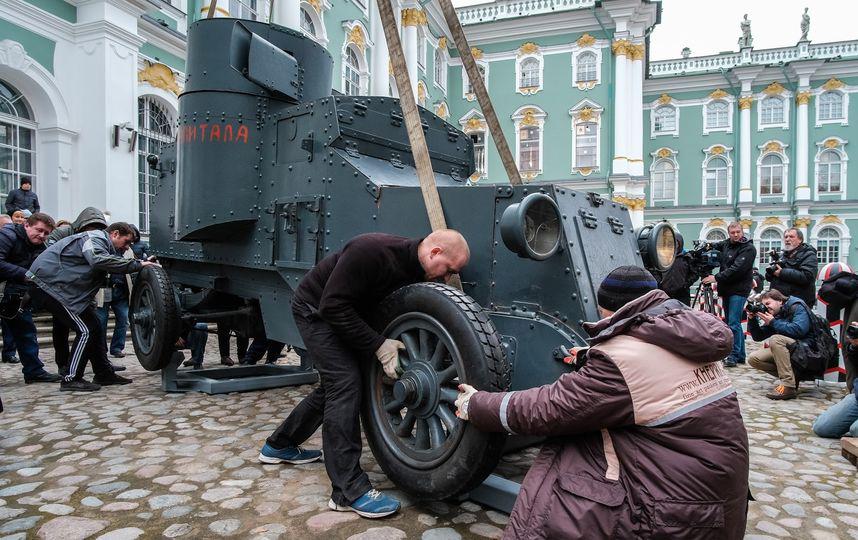 In Sverdlovsk, a city named in honor of the Bolshevik leader Yakov Sverdlov, the Communist Party called for a demonstration on November 6 in commemoration of the Revolution, and expect over 1,000 people to attend.

In Novosibirsk, 70 banners featuring Lenin, with the revolutionary masses in the background, decorated the streets of the city to prepare for the celebratory events. A spokesperson for the mayor’s office of the city stated that, “the sketches of the banner were approved by the organization committee in charge of events commemorating the centennial of Great October Socialist Revolution in 1917 in Russia.” The basis for the images in the banner were based on Sergey Chekhonin’s illustrations for John Reed’s book “Ten Days That Shook the World.” The mayor’s office was responding to a local news channel, who had inquired about the origin and funding of the banners, pointing to their controversial nature. Several of the banners have been vandalized since they first appeared.

The Russian Revolution is such an important event in world history that despite his full embrace of capitalism, even Putin had to acknowledge the anniversary. However, providing money to screen films and put up exhibitions should not be mistaken for support by the Russian president for the workers’ revolution. Putin’s regime has nothing in common with those brave workers who overthrew the provisional government and created a workers’ state.

There are many more events organized by the Russian Historical Society celebrating the 1917 revolution. Movies are being screened in local libraries and children centers, special exhibitions and concerts will be taking place in concert halls, and speeches will be held at universities.

Yet, the feeling among most Russian people about the Revolution is less than celebratory. Before the fall of the Soviet Union, there were always celebrations on November 7. Since then, however, many have become disillusioned with the idea of socialism because of the bureaucratic and corrupt nature of Stalin and the post-Stalin regimes.

These people were never given a proper chance to understand what went wrong in the Soviet Union. Prior to the fall of the USSR, all Russian people learned in school was about how great Stalin and Lenin were, with little differentiation between the two leaders. Trotsky and any other Bolshevik leaders who defied Stalin after Lenin’s death were ignored. Once the Soviet Union collapsed, Russian people believed what they were told: capitalism is the solution. However, the fall of the Soviet Union meant the immediate fall in the standard of living — workers were thrown into poverty and a path was opened toward a more privatized health care and education system. Today, the country is in the midst of a severe economic crisis, which has now lasted three years.

Russians have no framework to understand the the victories of the great revolution made by workers that changed a backwards, mostly illiterate society into great industrial superpower in the 20th Century. With the fall of the Stalinist regimes, communism has since became a utopian dream in the eyes of most Russians and the Russian Revolution an illustration of why it can never truly happen. In this sense, Russian Press secretary, Dmitry Peskov echoes the sentiments of many Russians when he says that the Kremlin will not celebrate the centennial, stating that he doesn’t understand what there is to celebrate. Ironically, events organized by the Russian Historical Society society, could begin to shed a light on the uniqueness, foresight, and true commitment of Russian people in 1917 to pursue a better future.