How Would a Socialist System Deal with a Pandemic?

Capitalist governments around the world are taking unprecedented measures. Yet these remain fettered by the anarchy of the market. A socialist society could simply send everyone on stay-at-home, paid vacation for a month or two. 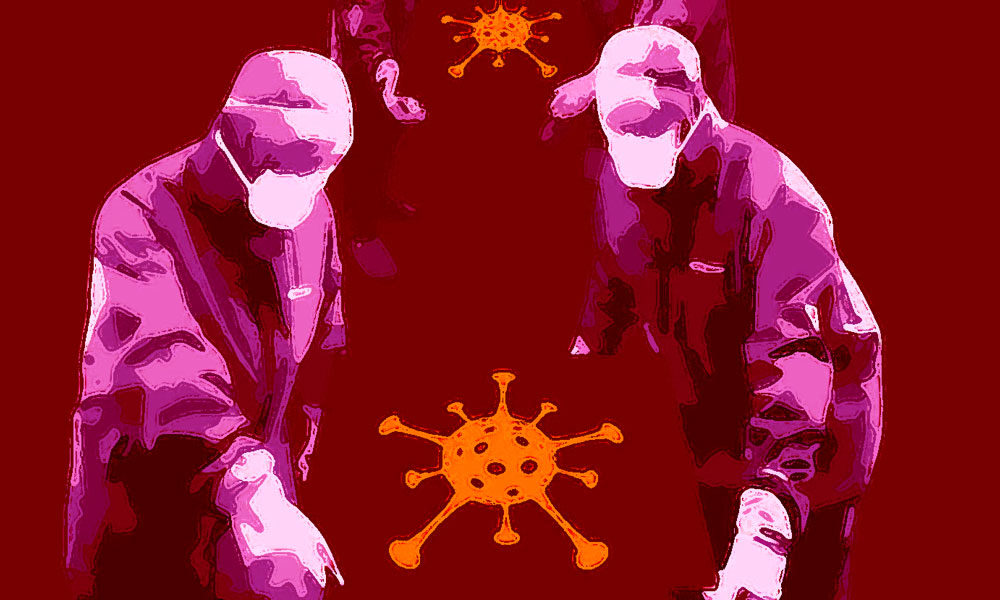 Around the world, capitalist governments are taking unprecedented measures to deal with the pandemic. To name just a few examples:

For decades, we have heard that measures such as these were simply impossible. Now, these supposedly impossible state interventions in the free market are coming on a daily basis. As one New York Times columnist wrote, “Everyone’s a socialist in a pandemic.”

Nonetheless, these unprecedented measures remain firmly within the logic of capitalism. A capitalist market always requires a state to protect the tiny minority who own the means of production from the vast majority who have to work for them, and also to regulate the capitalists’ competition among each other. Neoliberal ideology tells us that the market should be able to regulate everything — but this has always been a deception used to justify cuts to state programs for the working masses while simultaneously guaranteeing state subsidies for corporations.

The capitalist nature of these measures reveals itself again and again. We see this in:

The world’s response to the pandemic is based on the anarchy of the capitalist market. What we are experiencing is not even remotely “socialism.” It is more like a capitalist wartime economy — but a very poorly organized one, given the advanced decay of bourgeois society.

So how would a socialist society respond to a global pandemic? To answer this question, it is important to understand that, despite what Bernie Sanders or Alexandra Ocasio-Cortez might say, socialism does not just mean a capitalist economy with universal health care and free college. Socialism is much more than a Scandinavian welfare state in which capitalists still own the means of production.

Socialism means expropriating the capitalists and putting all of society’s wealth under the control of everyone. Bourgeois propaganda has always claimed that a lack of competition will stifle innovation.1 The opposite is the case: An economy run democratically by all producers would be able to turn on a dime, without worrying about the property rights of thousands of individual capitalists.

In an emergency situation like we are facing right now, a workers’ government just taking the reins from the capitalists could implement a program that includes:

Finally, a socialist society facing a global pandemic would simply be able to shut down for a month or two, as a kind of hibernation, without provoking a profound economic crisis. Working people around the world could take a long stay-at-home vacation, if needed, while only the most essential tasks were performed. All the factories, ships, roads, and buildings would still be there to be reactivated as soon as the crisis passed. It is only in our anarchic society, in which production needs to grow constantly regardless of human needs, that this kind of pause represents a catastrophe.

When we think about how an economy under the democratic control of working people would be able to respond to a crisis such as the coronavirus pandemic, we are not just dreaming. It’s not  some religious vision. Across the world, we see a new militancy of workers who are not only shutting down their workplaces in order to protect their own health — they are demanding a radical restructuring of their workplaces in order to protect the health of everyone.

The pandemic is forcing everyone to ask the question: What jobs are essential? What jobs are not essential? And above all: Who decides? It is becoming clear that workers can decide which workplaces need to remain open and which need to be closed. This is really just an “emergency” version of socialism, in which workers control and share all the wealth.

In this crisis, the consciousness of working people is changing rapidly. There is nothing wrong with dreaming about how a rationally organized society could respond to COVID-19 — as long as we do everything we can to make this dream a reality.2 This means workers need to organize our own party and fight for our own control of society.