How Would Lenin Solve the Housing Crisis?

Bernie Sanders and Elizabeth Warren have both presented ambitious plans to solve the housing crisis in the U.S. They want to introduce rent controls and spend trillions on public housing. But, since they both believe in the free market, they intend to leave housing in the hands of private landlords. How would revolutionary socialists solve the housing crisis? 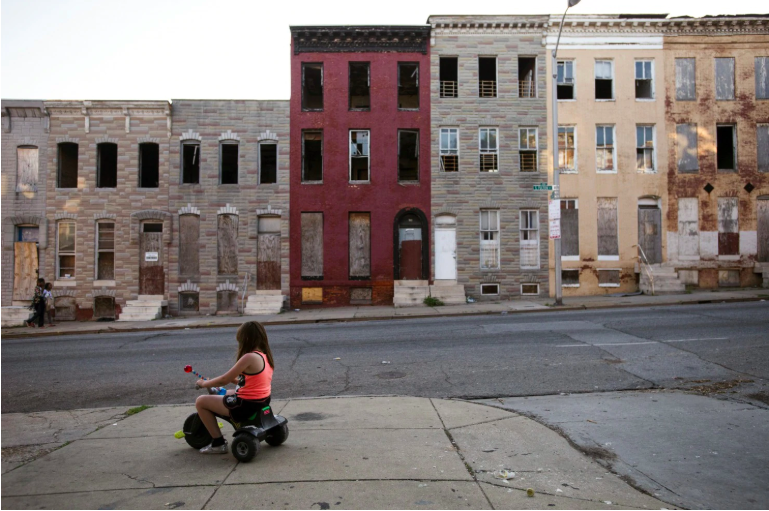 The housing crisis in the U.S. reveals the absurdity of capitalism. In New York City, for example, there are currently 114,085 school-age children who are homeless. Is this because there are not enough apartments for everyone? No, quite the opposite: At least 4,000 luxury condominiums built in recent years stand empty. And every year, New York City evicts more than 20,000 families from their homes.

Under capitalism, housing is not considered a basic human right. It is a commodity that only exists so that landlords and developers can make a profit. Capitalist governments show they cannot defend basic human rights, because their goal is always to defend the property of the rich. So instead, they attempt to bus people without homes from one city to the next.

How could this crisis be solved? Both Bernie Sanders and Elizabeth Warren have presented ambitious plans. These plans involve national rent controls and trillions of dollars in investment in public housing. Such measures would absolutely be supported by socialists. But they do not get at the root of the problem: private property. Sanders (a self-described socialist) and Warren (a professed capitalist) both believe in free markets with some state regulation.

Even cities with left-wing governments, such as the administration of Ada Colau in Barcelona (who was a former squatter), have failed to provide meaningful changes. Colau’s government, supported by Podemos, tried to take over apartments that had been foreclosed by the banks and were standing empty. But these measures were stopped by the courts. The police, supposedly under the direction of a democratically elected government, continued evicting working class families in order to guarantee profits for the banks.

Housing and the State

The problem is the state. Reformists believe that the state is just an administrative body that will carry out the will of the government. Marxists, in contrast, understand that the state is an instrument of the ruling class to defend its privileges.

In the last analysis, the state consists of the special bodies of armed men that defend the rule of a small minority (the capitalists) against the enormous majority (the workers). This becomes particularly visible in an eviction.

The state is not eternal: in humanity’s distant past there were societies without a state, and (if we manage to end capitalism before it makes the planet uninhabitable) there will again be societies without a state. Working people can destroy the state of the exploiters and build up a state based on democratic self-organization—a state which would quickly begin to die away. The Russian Marxist V.I. Lenin described this process very colorfully in “State and Revolution.”

102 years ago, this theory was put into practice. In the Russian Revolution of 1917, workers formed councils and took political power. Shortly before the October Insurrection, Lenin described what this would look like in a pamphlet. This amazing text gives a vivid picture of how working people could establish their own government—which would function very differently than a bourgeois state. Can the Bolsheviks Retain State Power? Lenin asked.

First, Lenin describes how the capitalist state—a state that defends the interests of a small minority of exploiters—functions in practice:

The capitalist state evicts a working-class family which has lost its breadwinner and cannot pay the rent. The bailiff appears with police, or militia, a whole squad of them. To effect an eviction in a working-class district a whole detachment of Cossacks is required. Why? Because the bailiff and the militiaman refuse to go without a very strong military guard. They know that the scene of an eviction arouses such fury among the neighbours, among thousands and thousands of people who have been driven to the verge of desperation, arouses such hatred towards the capitalists and the capitalist state, that the bailiff and the squad of militiamen run the risk of being torn to pieces at any minute. Large military forces are required, several regiments must be brought into a big city, and the troops must come from some distant, outlying region so that the soldiers will not be familiar with the life of the urban poor, so that the soldiers will not be “infected” with socialism.

How, in contrast, would a workers’ state function?

The proletarian state has to forcibly move a very poor family into a rich man’s flat. Let us suppose that our squad of workers’ militia is fifteen strong; two sailors, two soldiers, two class-conscious workers (of whom, let us suppose, only one is a member of our Party, or a sympathiser), one intellectual, and eight from the poor working people, of whom at least five must be women, domestic servants, unskilled labourers, and so forth. The squad arrives at the rich man’s flat, inspects it and finds that it consists of five rooms occupied by two men and two women—”You must squeeze up a bit into two rooms this winter, citizens, and prepare two rooms for two families now living in cellars. Until the time, with the aid of engineers (you are an engineer, aren’t you?), we have built good dwellings for everybody, you will have to squeeze up a little. Your telephone will serve ten families. This will save a hundred hours of work wasted on shopping, and so forth. Now in your family there are two unemployed persons who can perform light work: a citizeness fifty-five years of age and a citizen fourteen years of age. They will be on duty for three hours a day supervising the proper distribution of provisions for ten families and keeping the necessary account of this. The student citizen in our squad will now write out this state order in two copies and you will be kind enough to give us a signed declaration that you will faithfully carry it out.”

The defenders of the capitalists will say that this vision of getting rich people in spacious homes to “squeeze up a bit” is unacceptably brutal. These are, of course, the same people who think it is perfectly natural to have armed policemen throw working-class families out onto the street. Which sounds more brutal?

The irony is that now, society’s productive forces have grown so much that rich people today might not even have to “squeeze up a bit.” Today’s capitalists own so many houses and apartments that many could be expropriated without them even noticing.

Many other things have changed since the October Revolution. The working class today makes up the absolute majority of the world population. And most workers can read and write, meaning they would no longer depend on “bourgeois students” to write down orders.

Lenin’s vision of a revolutionary workers’ state can also be applied to New York City. Under specific historical circumstances, a social democratic government could offer certain improvements—but these will be fiercely clawed back by the capitalists. A workers’ government, on the other hand, could turn housing into a public good, administered democratically by working people.

The program of a socialist government would include tenants’ organizations controlling rents and distributing vacant apartments to people without homes. In the same way, workers at transport companies, hospitals, and schools would run their own workplaces, ending low wages and precarious employment. Massive investments in public housing and infrastructure would be financed by nationalizing the banks and taxing the rich.

Ending the rule of the capitalists would mean that the right to a home, health care, a meaningful job, and an education would apply to all people, regardless of their immigration status. The available work would be distributed among all people available to work, thus ending unemployment while reducing working hours.

As socialists, we will support every concrete measure to make housing more affordable and better for working people. But progressive measures will only be secure if we fight for them as part of a strategy to expropriate private property, and make housing a public good. As Lenin explained a century ago, it is the workers themselves who can make such a program a reality.