More than a Hundred Thousand Hold the Central Square in Chile, Despite a State of Emergency

All day, over 100,000 people have gathered at the Plaza Italia in Santiago. They are defying the government’s state of emergency and resisting the military’s attempts to clear the square. Live reporting from our sister site La Izquierda Diario Chile. 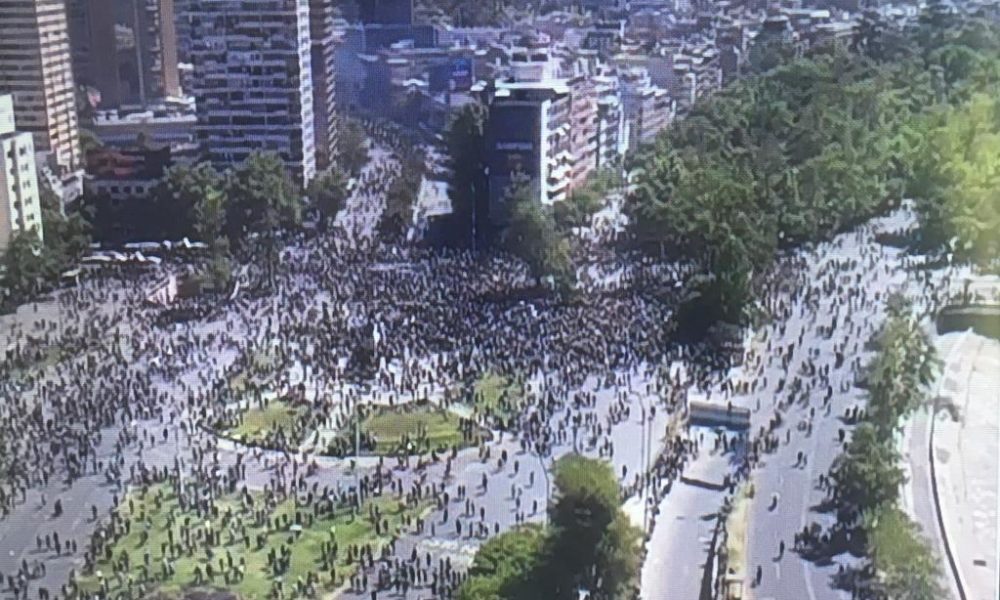 In the capital city of Santiago, hundreds of thousands of protesters have gathered today to denounce government repression. They are calling for an end to the curfew and state of emergency declared by President Sebastián Piñera. Students, women, and workers have come together at the Plaza Italia to demand that the military go back to their barracks. Chants of “Out with Piñera” are reverberating from this centrally located historical district, which is a popular gathering place for protests and impromptu gatherings.

Official pronouncements, echoed in the corporate media, have declared that the government is working for peace. It is obvious that these words have not only fallen on deaf ears—they have emboldened people to intensify the wave of protests spreading across the country.

The demonstration is giving voice to other specific demands which reflect a repudiation of the entire neoliberal model, which began under the Pinochet dictatorship and has continued under the guise of various “civilian” administrations.

As an indication that the protest wave is deepening and spreading, dockworkers and other unions have declared their support for a general strike, called for October 23.

Adapted from a report on La Izquierda Diario Chile. Translated by Greg McDonald.

This article has been updated to reflect new estimates of the number of participants.