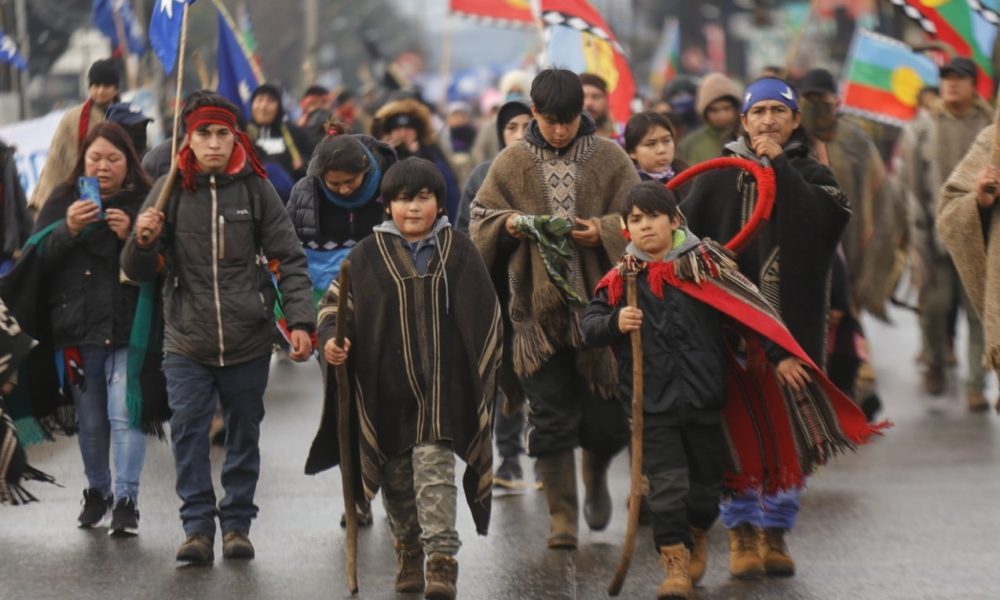 Yesterday, eight Mapuche political prisoners in Angol Prison, located in the Chilean Araucanía, finished an 85-day hunger strike in solidarity with Machi Celestino Córdova, an imprisoned Mapuche spiritual leader. They began the current strike on May 4 to correspond the sixth hunger strike by the Machi since 2014, when he was sentenced to 18 years in prison after a flawed trial.

Eleven more prisoners from Lebu Prison later joined the hunger strike and have been on strike for 22 days, and seven prisoners from Temuco Prison have been on strike for the last nine days. All of them are calling for the effective application of the International Labour Organization (ILO) Convention 169 — the “Indigenous and Tribal Peoples Convention,” which was ratified by Chile in 2008.

The appeal is mainly directed at Article 10, the translation of which states: “When criminal sanctions provided for by general legislation are imposed on members of these peoples, their economic, social and cultural characteristics should be taken into account … preference should be given to types of sanctions other than imprisonment. Where it is requested that all of them, both those who are in pre-trial detention and those who have already been sentenced, should be able to serve their sentences in their respective communities.”

On Thursday, July 9, the Senate Human Rights Commission held a session to discuss the situation of the Mapuche prisoners. However, they made no progress, as the Minister of Justice and Human Rights, Hernán Larraín, insisted that the dialogue should be between the spokespersons of the strikers and the Chilean Gendarmerie. Rodrigo Curipan, leader of the Lof Rankilko and werkén (spokesman) for the Mapuche political prisoners in Angol Prison, said:

The government “invites us to talk with the national director of the Gendarmerie, Cristian Alveal, whose authority does not give us confidence. We have been talking to him for almost a year. The gendarmerie took the decision, unilaterally, to define how a cultural activity was done, and they didn’t even consult us about the protocol, nothing. In the end, the Mapuche activities could not be developed anymore, not in Temuco, nor in Lebu, nor in Angol. It is discriminatory that the Mapuche could not have traditional activities inside the prison.”

The Machi, who has maintained his innocence, was sentenced in 2014 to 18 years in prison for “arson resulting in death” in an incident that ended the lives of businessman Werner Luchsinger and his wife Vivianne Mackay in 2013.

On the evening of July 15, the Machi was transferred to the Hospital de Nueva Imperial due to a critical health condition, indicated by his trusted doctor. “He has a bradycardia, that is, a slow beating heart. This is a consequence of the previous strike.”

On Wednesday July 22, he began his dry strike; this was the same day that he received a visit from the Undersecretary of Justice, Sebastián Valenzuela, and the national director of the Gendarmerie, Christian Alveal. They were “authorized” to carry out spiritual ceremonies twice a month and conjugal visits every week for convicts and defendants when the pandemic passes, allowing for the safe engagement of the Mapuche community members in the prisons.

Giovanna Tafilo, one of the spokespersons for the Machi, pointed out that the decision to continue with the liquid hunger strike was: “thanks to our traditional authorities, machis, lonkos, werkéns, communities in resistance, and the Chicahual Córdova community itself that were present at the ceremony and who were able to speak with our Machi [and say], ‘We want you alive.'”

Between 2010 and 2011, Piñera challenged the protests and hunger strikes, which were a response to the application of the Anti-Terrorist Law and the double prosecutions to which they were subjected. One of the most emblematic protests lasted 82 days and involved 23 strikers from Concepción, Lebu, and Temuco.

There have been many situations that clearly show the intransigence of the State, and the lack of dialogue. As some media have pointed out, this is: “in the purest style of Margaret Thatcher in 1981.”

In the different prisons where Mapuche political prisoners are held, there have been mobilizations in solidarity with their demands and calls for their freedom.

Ada Huentecol, mother of Brandon Hernández — the Mapuche shot with 90 pellets in his body — was arrested by the police (carabineros) with two of her children in Collipulli. She said: “What happened is that we decided to block the road in support of the hunger strike — a peaceful demonstration. There is a kiosk outside our village and we went to buy some sopaipillas [pastries] while everything was peaceful.”

“People in detention continue to have human rights, including the rights to receive adequate medical care, to be informed of the likely consequences of a hunger strike on their health, and to refuse food. We also remind the Chilean authorities that 19 of the hunger strikers are charged with preventive detention, for which the presumption of innocence applies. And in some of these cases, the same government is a plaintiff through the Regional Intendancy, for which the substitution of the preventive measure by others that are not carried out in a prison should be urgently considered.”

Faced with the lack of the opportunity for dialogue and the indifference from the government, the call for actions and mobilizations in all the territories continues this Wednesday, July 29. The spokesperson and support network for the Mapuche political prisoners called for their release at 10 am in the hospital square.