In a huge betrayal to workers, IATSE leadership struck a deal with the bosses to avert a strike that was set to begin on Monday. But the fight isn’t over. Now, workers should vote no and prepare to strike until all their demands are met. 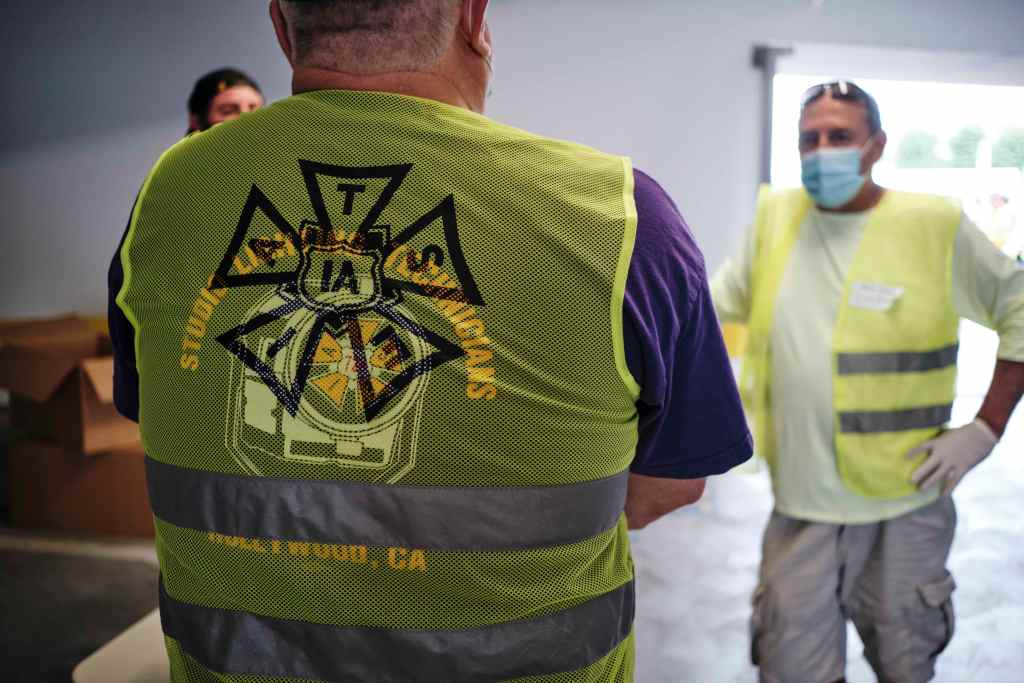 Hours before a potentially landmark entertainment industry strike was set to begin, the leadership of the International Association of Theatrical Stage Employees (IATSE) came to a deal with the Alliance of Motion Picture and Television Producers (AMPTP). The union leadership essentially caved to the bosses, as the tentative agreement does not address the most important demands that spurred the strike authorization. There was tremendous momentum behind a possible strike — which would have been the first in IATSE’s over 100 year history — with a near consensus of 98 percent voting to authorize a strike. The workers brought their demands, the most important of which is a reduction in work hours, directly to the public, with viral campaigns among arts workers (including celebrity members of SAG and WGA) supporting the elimination of the 14 to 16 hour work days for entertainment workers. Now, the union leadership is trying to sell out workers with a tentative agreement that is far from meeting their demands, especially with regard to the reduction in work hours. Workers should stay strong, start a “vote no” campaign, and use the power of the momentum of the strike authorization to fight for more.

A strike of 60,000 IATSE workers would grind the entertainment industry to a halt, just as business was beginning to pick up again after the height of the pandemic. With the 98 percent of the bargaining unit voting to strike and the public on their side, the workers’ demands seemed in reach. If the IATSE workers win their demands, they have the potential to rewrite the entire way production in entertainment works, especially rejecting the hyper exploitation of workers that the industry currently runs on.

If workers go on strike, the tens of thousands of IATSE workers would be the latest join #Striketober: the coinciding strikes of 1,400 BCTGM Kellog’s workers, 10,000 UAW John Deere workers, 700 Massachusetts Nurses Association workers, 420 UFCW Heaven Hill Whiskey workers, 5,000 SEIU public service workers, and a successful strike authorization vote by 40,000 Kaiser Permanente workers in UNAC/UHCP (AFSCME), OFNHP (AFT), and USW, and many more. Should they join #Striketober, IATSE would be the largest sector on strike.

Thirty six hours before workers were set to walk off their jobs, the IATSE leaders announced that they’d reached a tentative agreement. The union bureaucracy is celebrating this deal as a victory — one which meets all of the demands put forward by workers. However, it falls short on every front. There is no reduction in work hours, the pay raise of 3 percent is lower than the current inflation rate of 5.4 percent, and there is no movement at all on the question of streaming residuals. The workers haven’t even gotten to see the full agreement yet! They’ve only been provided highlights. To call this a  “landmark” or to call to “break out the cigars,” as one anonymous source said to Indie Wire, is insulting to the thousands of IATSE workers who voted to authorize a strike and who have the right to read the full agreement, discuss, and decide on next steps. It’s not for union leaders to call this “landmark” or anything of the sort — it’s for the rank and file workers to decide.

But, even there, there are hurdles ahead. According to Sarah Hughes of Labor Notes, the full membership will not get to vote directly on the contract. Rather, according to Hughes’ report, only an electoral college of 13 of the locals who are signatories of the Hollywood Basic Agreement will be permitted to vote. This effectively shuts out the majority of locals, including 23 other locals that voted to strike. It is a right of all members of a union to get to read, discuss, and vote on their proposed contract. The IATSE leadership is clearly hoping that these undemocratic procedures will be enough to ram through a completely unacceptable contract.

IATSE members are already taking to social media to show their opposition to this sell-out offer. Hundreds of comments on IATSE’s Instagram post announcing the deal read simply “no”. On Twitter, IATSE workers openly announced their intention to vote no on the contract.

As an arts worker, I have seen first hand the abuses that arts workers in general and IATSE workers in particular receive. Their days are marked with long hours, low pay, and few (if any) benefits. The life of an arts worker is also becoming increasingly precarious as full-time staff positions give way to more gig work, leading to, again, longer hours, lower pay, and no benefits. This is the life that IATSE workers are striking against. And they are fighting not just for themselves, but for every arts worker who is subjected to the horrendous conditions that have been normalized in our field. It’s disgusting, it’s hyper-exploitative, and it has to stop.

And IATSE workers agree. Comments on IATSE’s tweet announcing the tentative agreement are flooding in from workers enraged by the tepid deal. The tentative agreement comes across as what it rightfully is: a betrayal by IATSE leadership of the workers who know that their demands are reasonable, popular, and needed.

As an arts worker, as a member of the Dramatists Guild, as a gig worker, I send my solidarity to the rank-and-file of IATSE. They deserve better than their conditions and they deserve better than their leadership. They should hold to their demands, be heartened by the incredible solidarity they have seen in the past few weeks and fight for what they rightfully deserve. There are thousands of other workers, in the arts and outside of it, who see the IATSE struggle for the fight against hyper-exploitation that it is. Because this fight is bigger than just IATSE. Unions, activists, and the Left must walk the picket lines with IATSE workers.