ICE vs. the Gestapo: A Comparison

This weekend, Immigration and Customs Enforcement (ICE) began raids on immigrant families. There are disturbing similarities between these raids and mass deportations organized by the Gestapo—the Nazi secret police—80 years ago. 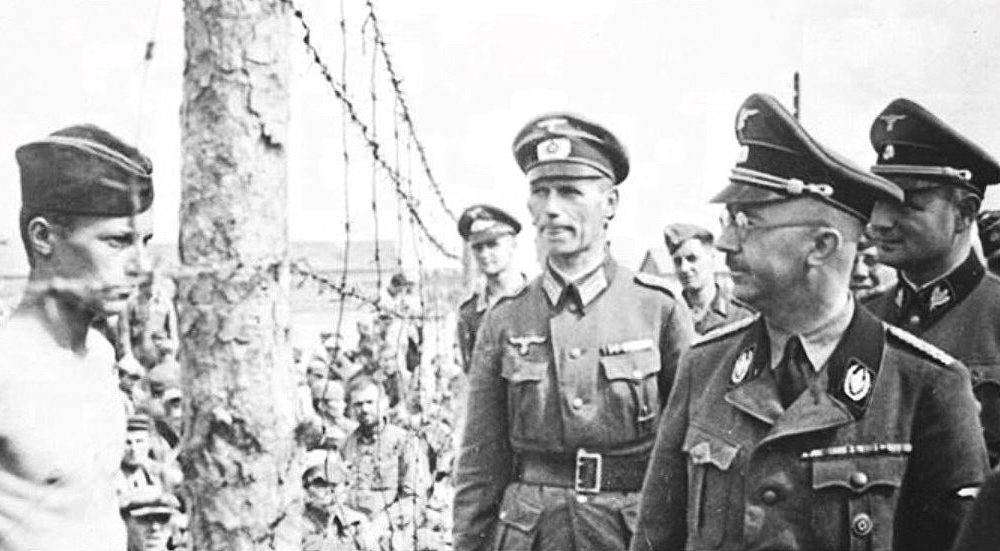 The central discussion in U.S. politics in recent weeks has been about historical analogies: Can we refer to the concentration camps at the border as “concentration camps”? Many people have shared a picture of Mike Pence’s visit to a “detention center” juxtaposed with one of Heinrich Himmler’s visit to a Nazi concentration camp. As any historian can tell you, while the term “concentration camp” evokes images of the systematic extermination that took place at Auschwitz, the Nazis’ Konzentrationslager were actually set up as early as 1933 to detain people deemed “illegal.” The comparison works.

It is not quite accurate to describe the Border Patrol as the American SS—the SS was a paramilitary formation of the most fanatical Nazis. For now, Trump does not command any personal storm troops. A better comparison would be to the Gestapo, the Geheime Staatspolizei (Secret State Police) that the Nazis created in 1933 when they took over and merged several Prussian police agencies. These police agencies had been built up by social democratic governments under the Weimar Republic in order to fight against the communists. The Nazis had little trouble reorienting them towards fascist ends. History has shown that police remain loyal to the capitalist state, even if a supposedly democratic government is replaced by a fascist one. As Leon Trotsky remarked at the time, “every policeman knows that though governments may change, the police remains.”

The Gestapo was responsible for mass raids against immigrants. They began the Polenaktion (Polish Action) 80 years ago. On the evening of October 27, 1939, uniformed agents began forcing their way into Jewish homes across Germany. Their targets were mostly German, in the sense that they had been born in Germany, or had lived there for decades. But they lacked German citizenship, and instead had Polish passports. The Polish parliament had recently passed a law to take away these passports (antisemitism was by no means limited to Germany). Days before this law was to take effect, the Gestapo deported 17,000 people over the course of three days.

The deportees were forced onto trains and taken to the Polish border. But border guards refused to give them entry—despite their Polish passports. The refugees were trapped in a tiny border village, Zbąszyń, for months. Without adequate shelter, medical care, or education for their children, the plight of the Zbąszyń refugees moved people around the world. The U.S. government, however, refused to allow Jewish refugees from Europe to enter.

ICE, too, is a police agency run by right-wing fanatics. Just like the Gestapo, ICE is deporting many people who have lived in the U.S. for decades, but whose very existence is deemed illegal. And just like  Polish citizens in Germany, many people in the U.S. are refugees who cannot return to their country of origin. In fact, in certain ways ICE is behaving even more atrociously than the Gestapo. During the Polenaktion, the Gestapo primarily targeted Jewish male adults and teenagers. ICE, by contrast, is preparing to arrest small children and even babies.

The massive deportation machine was built up by Democrats and Republicans together. ICE was founded only in 2003 with bipartisan support. Barack Obama deported more people than all previous U.S. presidents combined. Just recently, the Democrats in congress voted to fund ICE with 4.5 billion additional dollars, guaranteeing their ability to keep more people in cages. We cannot count on politicians from either major party to protect immigrants’ rights.

In Germany, as everyone knows, the concentration camps turned into extermination camps and the Gestapo shifted from mass deportations to genocide. There are many important differences between Germany in 1939 and the U.S. in 2019, but one is that working people in America still have organizations and democratic rights. By 1939, the workers’ movement in Germany had been completely smashed. There was no possibility for mass resistance against the raids.

Right now in the United States, however, thousands of people are taking to the streets of Chicago, San Diego, Aurora and other cities across the country to resist ICE. There have also been workers’ actions, such as the walkout at Wayfair and union picket lines at hotels used by ICE. Workers’ actions can stop the U.S. deportation machine. We have the power to block deportations, to storm the camps, and to free the people imprisoned there.