ICE Wants to “Disaffiliate” with Its Union? We Say GTFO

The parent union of Immigration and Customs Enforcement (ICE) has decided to formally file to disclaim interest in being associated with ICE, after ICE repeatedly expressed interest in leaving its union. But ICE, and cops more generally, should never have been part of unions in the first place. They are not workers but are instead tools of a violent state apparatus under capitalism. We say good riddance to not only ICE, but also to all cops who want to leave their unions. We must demand all cops out of our unions! 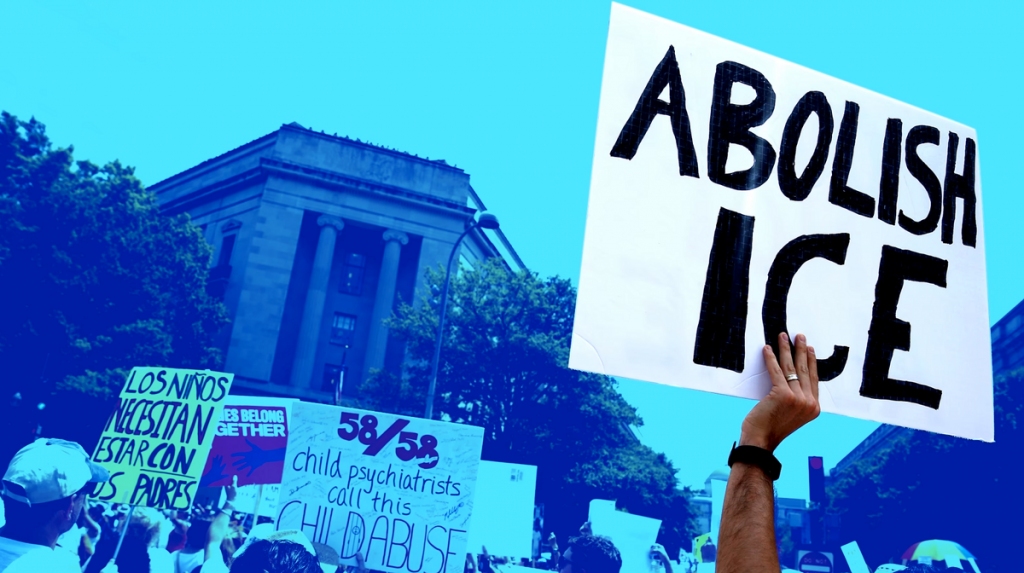 In a decision the American Federation of Government Employees (AFGE) described as “difficult,” the parent union has started the process of disaffiliation with AFGE Council 118, which comprises thousands of ICE employees. This news comes after the ICE agents have been trying to disaffiliate from their parent union, as well as with the “broader union movement” for some time now.

AFGE National President Everett Kelley bizarrely described this decision as “difficult,” saying, “It is clear AFGE Council 118 remains steadfast in their desire to no longer be part of AFGE or the broader labor movement. As a result, we have made the difficult decision to disclaim interest in this unit.”

But this decision should not have been difficult in the slightest, as anyone who works for an institution like ICE that continually terrorizes our poor,working class, and immigrant brothers and sisters has absolutely zero place in the labor movement. In fact, AFGE should have kicked ICE out of the union a long time ago.

The AFGE President went on to say, “While we had hoped to avoid this outcome, today’s action begins the process of granting Council 118’s request.” The attempt to “avoid” having a gang of murderers voluntarily and willingly leave your union shows exactly how misguided the labor movement is in the U.S. All labor unions should simply tell any type of cop in their union to “get the fuck out.”

And it should not be just ICE leaving unions. We must grow a movement to kick cops out of all houses of labor, as they have no place in the labor movement.

As Left Voice has explained,

At its rotten core, the police serve the rich by enforcing the conditions of capitalist accumulation and protecting private property at the expense of human life. It does this by unleashing racist brutality and terror, in conjunction with state-sponsored mass incarceration, on Black, Brown, and poor people.

Cops including ICE officers are not workers and only serve to harm the working class while protecting the private property of the rich. We must follow the lead of an increasing number of movements demanding that cops be kicked out of our unions in effort to build a stronger labor movement, such as SEIU Drop the Cops. We must fight to kick cops out of our unions and fight for our labor organizations to be run by workers and for workers.