The Biden administration will continue to recognize Juan Guaido as president of Venezuela and maintain devastating sanctions. For Venezuelans, there is no lesser evil — imperialism is bipartisan. 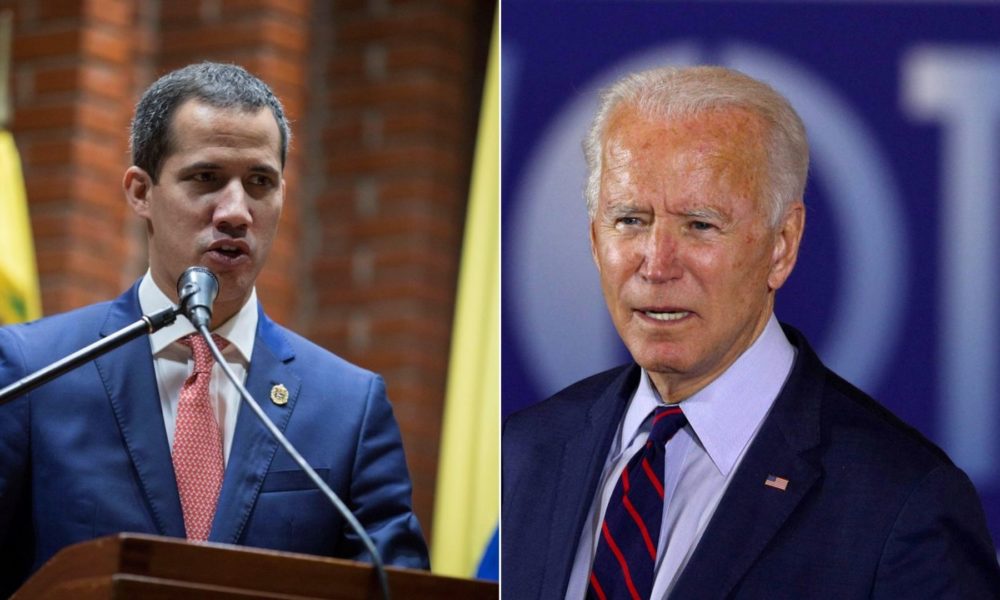 Anthony Blinken, President-Elect Joe Biden’s nominee for Secretary of State, has announced that the incoming administration will continue to recognize Juan Guaido as president of Venezuela. He made the remarks on Tuesday, adding that Biden would also continue sanctions on the country but target them “more effectively.” These actions are part of the United States’ ongoing effort to oust President Nicolas Maduro.

In January of 2019, the government of Donald Trump, supported by far-right Brazilian President Jair Bolsonaro, attempted a military coup against the Maduro government. The plan, orchestrated by Mike Pompeo and Elliot Abrahams, was to install right-wing opposition leader Juan Guaido as president of Venezuela.

A few days after the failed coup attempt, tens of thousands mobilized in Caracas to watch Guaido swear himself in as interim president. Guaido argued that the 2018 elections, which saw Maduro elected to a second six-year term, were unconstitutional and illegitimate. He went on to say that he would use “the full weight of United States economic and diplomatic power to press for the restoration of Venezuelan democracy,” oblivious to the macabre irony of his statement.

In addition to the failed coup, Venezuela has been subjected to cruel U.S. sanctions and economic blockades, even in the midst of the coronavirus pandemic. These measures, together with the disastrous administration of President Maduro, have had devastating consequences for Venezuelans.

Biden’s recognition of Guaido as the president of Venezuela demonstrates that these aggressive imperialist policies will continue under his government. Even during the presidential campaign, he often sought to out-flank Trump from the right with anti-Venezuelan chauvinism, referring to Maduro as a “thug” and “dictator” whom he would be tough on.

You might be interested in: Was There a Socialist Revolution in Venezuela? Using Trotsky’s Ideas to Understand Chávez’s Legacy

Imperialism is a bipartisan affair in the United States — Republicans and Democrats alike have helped foment military coups and install governments aligned with U.S. interests to plunder Latin America’s resources. For the region’s masses, there is no lesser evil.

How can the bipartisan regime speak of restoring democracy to justify military interventions, coups, and regime changes when the decline of U.S. democracy has been exposed by the assault on the Capitol and the profound delegitimization of U.S. institutions?

Socialists must be anti-imperialists. The Left in the United States has the obligation to organize the struggle against the Biden government with an anti-imperialist perspective and to denounce the coup attempts, sanctions, and economic blockades against Venezuela, Cuba and the rest of Latin America.