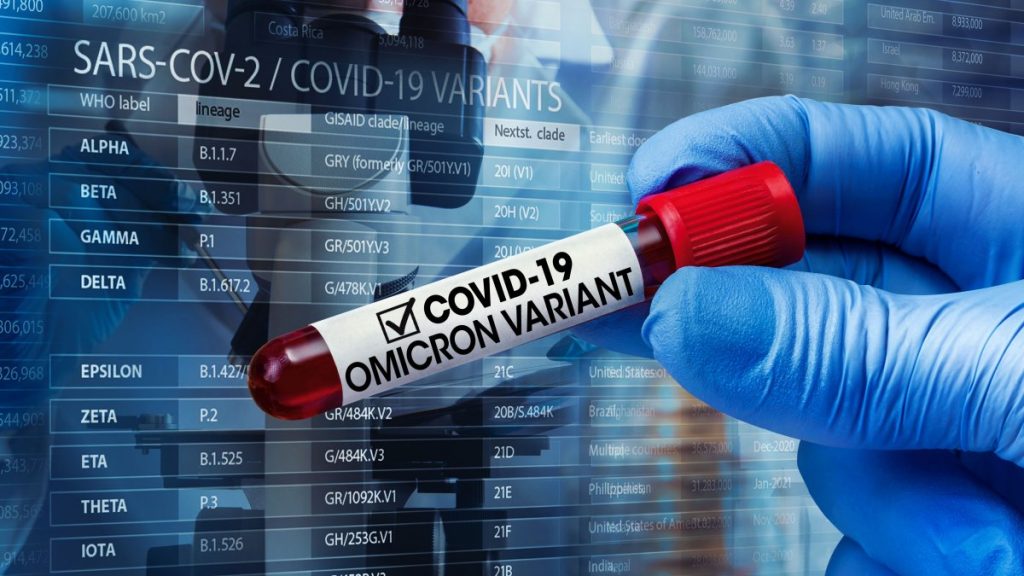 The world is now grappling with what the emergence of the Omicron variant of Covid-19 will mean after many countries returned to some semblance of stability after the initial spread of the virus in 2020. It is also unclear what the global economic implications will be: the market crashed on Friday, with major indices falling below what economists call “key levels” — a tumble attributed to uncertainty over Omicron. Treasury yields also took a dive, and crude oil prices fell. Though share prices for Moderna, Pfizer, and BioNTech — the three manufacturers of the Covid-19 vaccine — all rose big time.

After a year of leaders of imperialist governments claiming that life would “return to normal,” Omicron has revealed that the capitalist response to this pandemic was never fully effective. Although there is renewed discussion around the need to waive vaccine patents — which is absolutely essential, now more than ever — no one should count on imperialist leaders to take this necessary action after failing to do this for a full year. It was not a secret that Covid, like all viruses, would evolve to survive. Capitalism’s worldwide gutting of public health measures and need to place profit over human life turned out to be the perfect incubator for Covid’s evolution into new, stronger variants.

The variant’s genetic code contains more than 30 different mutations to the spike protein — the part of the virus used to attack human cells. Early indicators suggest that some of these mutations could make the new variant even more transmissible than the Delta variant, although it is currently unknown if it will cause more severe illness. Researchers in Seattle have identified three of the mutations as potential candidates for making vaccines less effective against Omicron than against the other variants, although more research is needed to determine whether this is the case.

South Africa was the first country to identify and report the variant to the world community due to its world-class infectious disease infrastructure. The number of new daily cases in the country began doubling rapidly around November 19, after over a month of stability. Researchers sprang into action and gathered enough data to send a report to the World Health Organization (WHO) by November 24. Many mainstream news outlets have misreported this discovery, instead claiming that the variant first evolved in South Africa. In reality, the geographic origins of the variant are still unknown. In the mere days since the South African scientists first reported their findings to the WHO, Omicron has been found elsewhere, including in Belgium, the UK, Germany, Italy, Hong Kong, and Australia.

Biden responded by issuing a travel ban on several southern African countries, and other imperialist nations followed his lead. Biden did not ban travel from European countries where Omicron has been detected.

Biden’s response punishes South Africa for reporting Omicron to the world, and reinforces a racist depiction of Africa as a continent riddled with disease. This response by the United States and other imperialist countries is especially inexcusable when considering how these countries’ vaccine hoarding has contributed to so much of the Global South remaining unvaccinated for so long.

Like any species, viruses evolve through replication. This is why high vaccination rates are important: when the virus can’t spread to other people, its genetic lines are terminated when a body fights off an infection. When wealthier countries hoard vaccines and vaccine developers refuse to release their patents, the virus is able to continue to circulate in largely unvaccinated countries, leading to mass illness and death, as well as the evolution of new variants. DNA analysis suggests that Omicron’s family tree diverged from the original Covid-19 virus in mid-2020 and likely spent the last year circulating in areas with “poor genomic surveillance” — that is, places with limited ability to collect and analyze genetic samples of the virus. It was only when it began circulating in South Africa, which has a low vaccination rate despite robust public health infrastructure for testing samples, that it was identified.

Evolutionary epidemiologist Rob Wallace puts it well in a recent Patreon response to the Omicron news:

Vaccines are not the best bet in the race against new variants. Instead, it’s keeping novel diseases from emerging in the first place. And keeping those that do emerge from spreading by organizing governance around public health and the public commons. Both interventions require replacing a mode of social reproduction organized around profit that sacrifices millions annually, including this year by COVID.

For over a year, scientists have been calling for the waiving of vaccine patents. The pandemic remained widely unmitigated throughout the Global South due to vaccine hoarding by wealthy countries and the refusal of pharmaceutical giants like Pfizer and Moderna to share their vaccine production secrets with the world for quick, efficient, and widespread production. We do not have to wonder what a needs-based approach to a global pandemic might look like: Cuba’s planned economy and strong investment in healthcare enabled the country to develop its own vaccine with the intention of sharing with the rest of the world.

If patents were waived, countries that lack the resources to develop their own vaccines but do have manufacturing capacity could begin producing the vaccines on their own. Not only would this save money and increase the number of vaccines available, it would also reduce supply-chain issues — if vaccines are produced locally, they don’t have to be shipped from overseas, which speeds up the process and reduces the price of production even more.

As it currently stands, countries in the Global South are having to redirect public health resources — including funding, but also basic supplies like syringes — away from routine vaccination programs and toward Covid-19 programs, leading to lower rates of even routine vaccinations compared to previous years. If these same countries didn’t have to funnel millions of dollars into purchasing vaccines from private or overseas developers (South Africa had to pay double for the AstraZeneca vaccine compared to European countries), this money could be redirected toward purchasing other necessary supplies.

Amid backlash, President Biden is once again claiming to support waiving patents. No one should take him at face value. A year ago, Biden claimed publicly that he supported waiving the patents, only after it became too difficult for him to remain silent and knowing full well that he would appear callous if he said anything else. Once the capitalist press was satisfied and the populations of wealthy countries moved on from the issue, Biden kept silent. His new call to waive the patents is one of the first times he’s said anything on the subject since April.

Even now, Biden is not calling for the full waiving of patents, but a negotiated version of what Global South countries are calling for, as if it is possible to negotiate with a pandemic.

Waiving patents immediately was essential to fighting the pandemic and helping prevent the development of new, more dangerous variants. But capitalism is irrational, and will always place immediate profits over human need.

Lenin explains how capitalism in its final stage becomes imperialism, in which finance capital creates wealth for imperialist countries like the United States by monopolizing and exploiting the resources and labor of the vast majority of humanity, primarily in the Global South. During a pandemic, the brutality of this system is made all the more apparent and lethal. The people of the Global South are subjected to even deadlier conditions than usual, and their suffering extends to the working class in countries to which they are subjugated.

At the height of the pandemic in the United States, it was the working class that endured the worst of the disease. Black, Brown, and poor white communities were forced to work through 2020, denied basic workplace safety, and forced to pay for the pandemic while capitalist profits hit all time highs. Even with the vaccines now available to the working class in wealthy countries, the economic burdens of the crisis are placed on workers. And if new variants make vaccines less effective, it will be the working class who once again are disproportionately affected.

For this pandemic to end, the working class of wealthy countries must join the calls to waive the patents as fiercely as workers in countries subjected to imperialism have been doing for over a year. And we can never forget how capitalists responded to the Covid pandemic. Capitalists will isolate themselves from the rest of us when the next variant emerges, when the next — possibly more deadly — pandemic arises, and when the climate crisis becomes impossible to ignore. Capitalism’s only response to crises is greater exploitation.

The global working class has an alternative: fight for a socialist system that will adapt to crises based on human needs, not profit. And we can start practicing now the internationalist, anti-imperialist perspective that is required to achieve socialism by fighting for a working-class response to this pandemic, which will include that patents be waived immediately and unconditionally.