On Tuesday, Secretary of State nominee Antony Blinken confirmed that the U.S. embassy to Israel will stay in Jerusalem. The statement signals that the U.S. will continue supporting Israeli’s violent oppression of Palestinians. 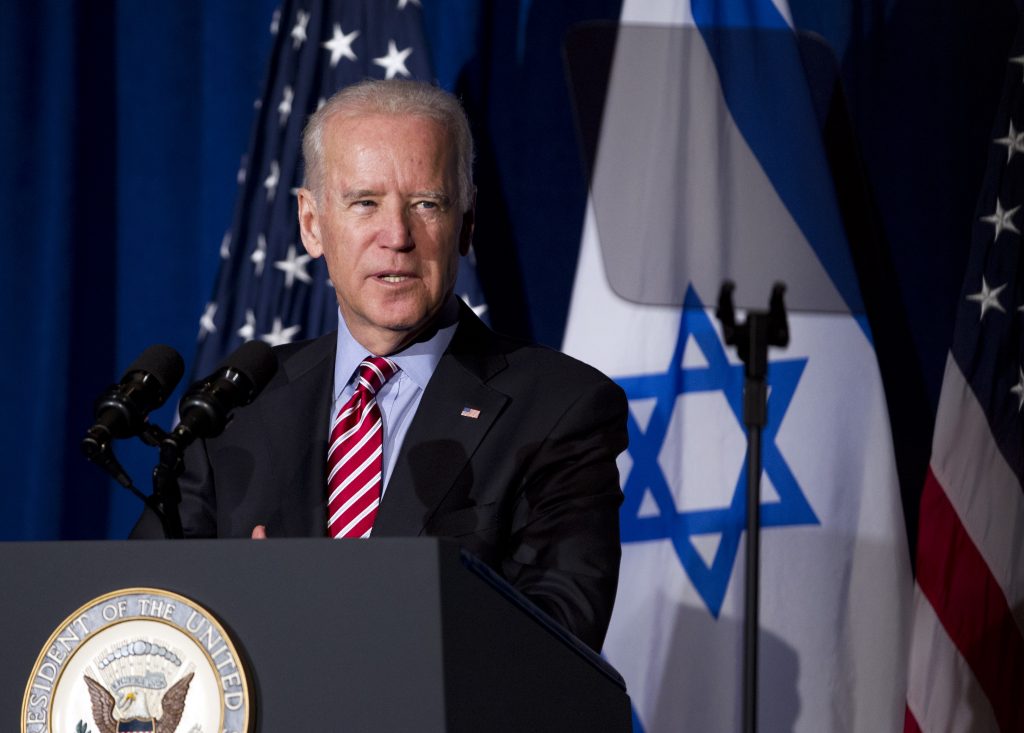 The Biden administration will keep its embassy to Israel in Jerusalem, according to Secretary of State nominee Antony Blinken. In doing so, the administration maintains one of President Trump’s most controversial foreign policy decisions. The statement signals a continuation of U.S. support for the oppression of Palestine, as both President Biden and Vice President Harris are staunch supporters of Israel.

Blinken made the comments at his confirmation hearing on Tuesday in response to a question from Republican Senator Ted Cruz. “Do you agree that Jerusalem is the capital of Israel and do you commit that the United States will keep our embassy in Jerusalem?” Cruz asked. Blinken responded, “Yes and yes.”

Trump announced in December of 2017 that he would relocate the U.S. embassy. In his speech, he said, “Today we finally acknowledge the obvious: that Jerusalem is Israel’s capital. This is nothing more or less than a recognition of reality.” 22 years earlier, Congress had passed the Jerusalem Embassy Act which mandated the embassy’s relocation. However, previous presidents used a waiver to postpone the move to avoid damaging the fragile peace talks and alienating neighboring countries in the region.

However, Trump’s decision was not partisan, nor did not come out of the blue. In June of 2017, the Senate — including Senator Bernie Sanders — voted unanimously on a bill to reaffirm the 1995 law. The bill was co-sponsored by several Democrats, and Senator Chuck Schumer claimed that he had encouraged Trump to take the step.

The new embassy in Jerusalem was opened in May of 2018. Since then, only Guatemala has followed the United States’ lead — the European Union and United Nations have urged countries not to move their embassies until a peace deal is reached between Israelis and Palestinians and Jerusalem’s status is resolved.

Both Biden and Vice President Kamala Harris have long records of unwavering support for Israel. Biden has called U.S. support for Israel “unshakable,” and, as part of the Obama administration, defended Israel’s actions in several deadly assaults on Gaza. In Operation Protective Edge in 2014, over 2,000 Palestinians were killed, including more than 500 children. Incredibly, at an event in 2013 as vice president, Biden went as far as to say that, “If there were not an Israel, [the United States] would have to invent one to make sure our interests were preserved.”

And although Harris is often portrayed as being to the left of Biden, she may actually out-flank him to the right on Israel. She has spoken at the pro-Israel lobbying group AIPAC several times and met with right-wing prime minister Benjamin Netanyahu. As a senator, one of the first resolutions she co-sponsored was one which condemned the Obama administration for abstaining on a UN Security Council vote to condemn Israeli settlements on the West Bank. Biden and Harris’s campaign website affirm that “unshaking” support for Israel will continue under their administration.

In this context, Blinken’s statement on Tuesday is a sign of things to come in the new regime. Biden’s policies towards Israel will likely be a continuation of the Trump administration, not a break. In fact, Biden may even help shore up bipartisan support for Israel by distancing the issue from Trump. In an interview with Jewish Insider, former Anti-Defamation League president Abe Foxman said, “Biden will build bipartisanship and make sure Israel will not be politicized.”

As Biden’s recognition of Juan Guaidó as president of Venezuela also illustrated, imperialism in the United States is a bipartisan affair. Democrats and Republicans alike have presided over violent oppression across the world and in Palestine, and maintains and funds Israeli apartheid and aggression. For Palestinians and the international working class who have long suffered under the boot of U.S. imperialism, there is no lesser evil. As socialists, we cannot support the Biden administration. We must be anti-imperialists, and unite to demand the right to full national self-determination of Palestinians.