In Honor of Our Fallen Comrades

On June 3, 2017, a tragic accident took the lives of Ezequiel and Laura, members of the PTS Argentina. A third comrade, Federico, is fighting for his life. 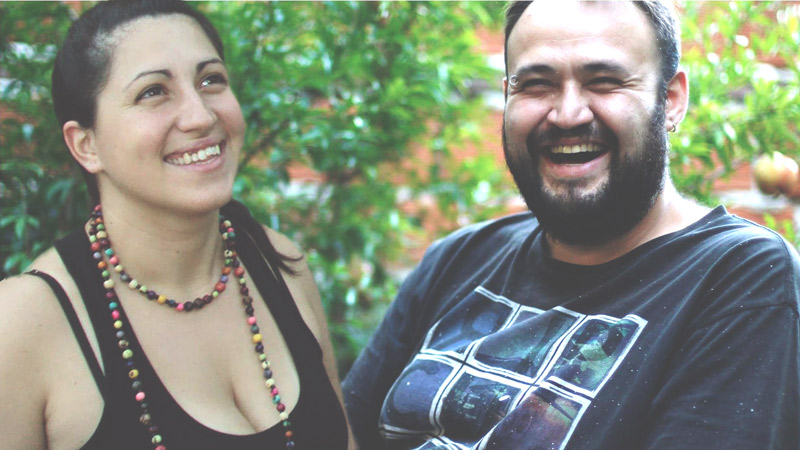 For weeks, Ezequiel Castro, Laura Rimedio and Federico Rotelle had been traveling throughout the province of Buenos Aires. They were doing militant work for the PTS (Partido de los Trabajadores Socialistas – Socialist Workers’ Party), seeking support for the midterm elections taking place on August 13.

On June 3, they spent the night at a house offered to them by an acquaintance in the city of Olavarría. Overnight, a carbon monoxide leak caused by a defective heater took the lives of Laura and Ezequiel. Federico was found alive and in critical condition. He was sent to the nearby hospital where he is still struggling for his life.

The three comrades were in their early- to mid-thirties and had each been active in the party for over ten years. They are examples of unwaveringly committed revolutionaries who “devoted to the revolution not only their free evenings, but their whole lives” (V.I. Lenin).

I knew Laura and Ezequiel because I joined the party’s La Plata local in 2007, where they were active. We only shared activities sporadically and I never got to know them deeply, but for seven years I saw their faces in many militant events, campaigns and struggles.

Laura would always greet you with a wide smile, despite being locked up working for hours. She was a delegate of the opposition minority in the union of public employees (ATE) in ARBA, a Buenos Aires tax agency. She was perseverant, reliable and passionate. Dozens of testimonies and letters were written by comrades mourning her sudden death, remembering her incredible tenacity.

My earliest memory of Ezequiel is hearing him speak at a party plenary in the La Plata local. He advanced a viewpoint that was at the same time brilliant and, for the newcomer that I was, a bit confusing. Quickly I learnt that he was an abnegated revolutionary, a soldier of the party, but also one with a strong personality who would not hesitate to raise a polemic with the leadership or the more experienced comrades. Humane and joyful, when he was asked how he was doing, he would typically reply, “En la cresta de la ola” (“on the top of the wave,” at the highest point). Ezequiel was a member of the leadership of the teachers’ Ensenada union local in Buenos Aires, representing the “Multicolor” rank-and-file oppositional caucus.

Apart from being a great comrade, Federico has been a friend of mine for years. He joined the party right before me; I remember holding a large banner with him, one at each end, struggling against the wind on Diagonal 74 at one of my first marches with the PTS contingent. He became part of the team devoted to political and theoretical formation of the PTS in La Plata. His ability to clearly explain the ideas of Marxism in simple words­, along with his extraordinary knowledge, make him stand out. I often went to him for assistance with my own theoretical questions.

I remember another episode some five or six years ago. We were at the headquarters of the Buenos Aires teachers’ union (SUTEBA) the night of the union elections. The bureaucracy was engaging in blatant fraud. We were called in by our comrades who were active in SUTEBA to provide physical support. We gathered at the union office, facing thugs hired by union bureaucrat Roberto Baradel. They were prepared to exchange blows.

There, Fede–the propagandist, the intellectual–stood at the front of the crowd facing Baradel’s thugs and when a fight broke out, he fought back without hesitation.

Ezequiel and Laura may have imagined their lives ending as a result of police brutality, from the bullet of a union thug (as in the murder of Mariano Ferreyra), or in the midst of a popular rebellion. When revolutionaries like Laura or Eze decide to devote their lives to the revolution, they know death can come at any turn.

The domestic accident that took their lives, at first glance a random misfortune, is in effect a marker of poverty, directly related to the living conditions of a population neglected by politicians and oppressed by the yoke of capital: conditions perpetuated by an economic order that Laura and Eze wanted to eliminate.

Ezequiel and Laura dedicated their lives to the fight for socialism. The loss of our comrades is immense.

We will pick up the banners they left and redouble the fight. If their deaths fill us with sorrow and pain, their lives inspire us with strength.

Hasta el socialismo, camaradas! Rest in power!
Fuerza Federico! We need you for the coming struggles.