In Italy, Death Is Everywhere, but Bosses Want to Keep Businesses Open

While the coronavirus pandemic rages across Italy, killing thousands, and the country continues to be under shutdown, workers are being forced to report to work in non-essential industries by bosses who refuse to stop production. 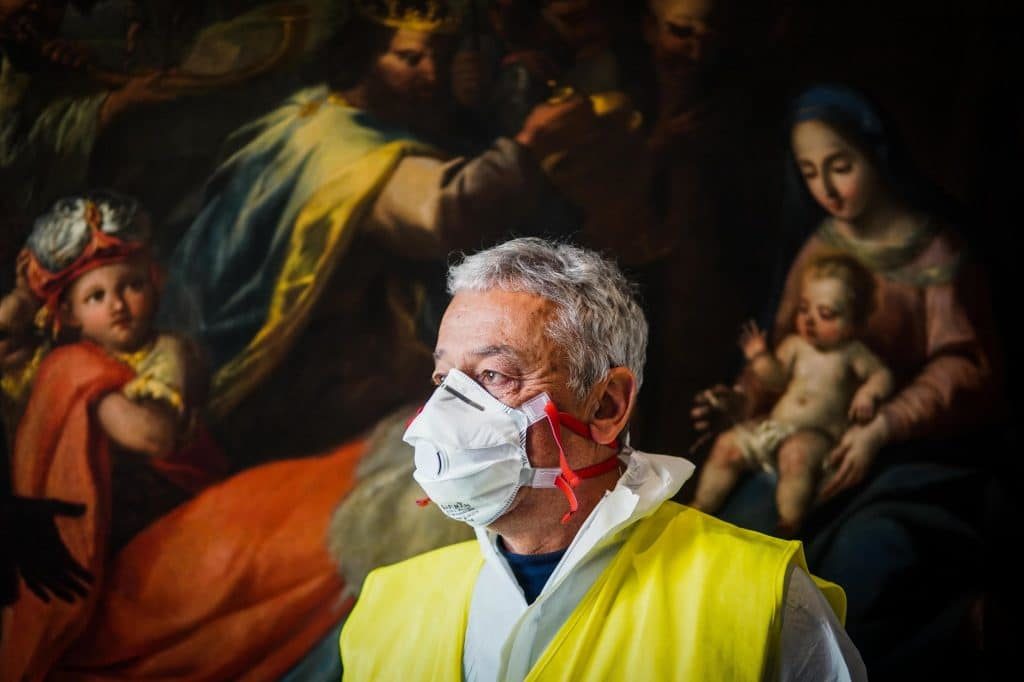 Italy has been devastated by the pandemic. To better understand the situation, Petra Lou interviewed Massimo Civitani, a member of the editorial staff of the online Marxist newspaper La Voce delle Lotte and a militant of the SI Cobas base trade union.

This interview was first published in our French sister site, Revolution Permanente.

Italy is a coronavirus hotbed in Europe and was one of the world’s first. Where are we today in terms of health checks? And how has the government responded to this disaster?

In Italy, the balance sheet released by the Civil Protection Services on April 4 offers some dramatic figures. More than 120,000 people are infected and 15,000 have died. Those insane figures result from the shortcomings of the public health service and the lack of resources.

In response to this crisis, the state has taken a series of measures restricting personal rights and the right to strike in certain sectors. The problem is that, in the end, all these measures have proved ineffective because the curve of infections isn’t flattening, meaning the virus is still spreading at the same speed, at least for this week.

While the state is levying fines and punishing those who leave the house for a walk or a jog, millions of workers are forced to work in companies, factories, and logistics warehouses, even if they are not producing or transporting essential goods, thereby increasing the contamination, the number of people hospitalized, and, unfortunately, the number of deaths.

In prisons, in industrial sectors like metal, textile, chemical, and logistics, and in retail industries, workers have, in the past, challenged various government measures. What was the response of workers to these measures? After years of the bosses’ offensive and worker demobilization, are there signs that the Italian working class is returning?

From the beginning of the health crisis the working class mobilized — often unexpectedly — to defend itself, while the employers’ unions continued to propagandize about how the economy had to keep going, saying that Covid-19 should not affect the production and distribution of goods and, by extension, the profits of big business.

The workers, especially in northern Italy, mobilized. Two weeks ago there were spontaneous strikes that involved hundreds of metalworking plants, especially steel mills, but also plants in the automobile sector, such as FCA (FIAT Chrysler Automobiles). On March 25, there was a larger and more widespread movement in Lombardy and Lazio.

The situation is different for logistics and transport. These workers are much more accustomed to class struggle. Thus for the past two weeks in several logistics companies, we have seen massive movements among workers who are asserting their right to withhold their labor. This is quite historic, since they are demanding full wages during the crisis and the closure of all nonessential activities.

The virus reveals more than ever the contradictions of the capitalist system. Is the government under pressure? In what ways is the state colluding with capital and the bosses?

The Italian government is under incredible pressure in this context, in large part because of the social anger and tension that has been created among millions of workers and among the most precarious sectors of the working classes.

They understand very well that the state made a mistake by taking so long to respond to the crisis and that they have been forced to bear the costs of that mistake. But here is where the problem lies: the state did not intervene in time because it was too busy protecting the profits of companies that could and should have been shut down at the beginning of the epidemic.

For several weeks, the bosses criminally pressured the state to keep all activities running to reassure the population, and they defended their own privileges, their own right to make profits, rather than defending public health.

Considering the severity of the epidemic and the prospect of a global economic crisis, how much is this going to hurt working people in Italy? What demands should we make to defeat the virus? What lessons can we learn from the Italian situation for workers all over the world?

In Italy, as in the rest of the world, it is obvious that after the health crisis, there will be a very deep economic crisis that will bring with it mass unemployment, widespread impoverishment, and probably a worsening of working conditions for tens of millions of workers.

If the Italian working class can teach us anything, it is that there is no government that will defend the workers if they do not defend themselves.

No bourgeois state or government will put the interests of the whole population above the private interests of the bourgeoisie, of the big multinationals, or of big industrialists. So it is obvious that if the working class wants to strike back, it will have to do so with a political program independent of the bourgeois parties; a program based on the needs of the vast majority of the population against the bosses and industrialists, a program that starts from a guaranteed wage for all, especially in the scenario of mass unemployment that will emerge and that is already appearing in Italy, after the closure of many small and medium enterprises. A guaranteed wage that allows everyone to live decently, and massive investment of real resources in the essential public services that have been destroyed, starting with public health, which has been systematically attacked over the last 20 years by all governments and which is now showing its inadequacy in the face of this crisis.

Obviously all these emergency measures will have to be paid for by those who have not paid for the crisis at all up to now and who have even made a profit out of it — that is to say, the big bosses and bankers. The wealth of the very rich will have to be taxed aggressively so that the resources are available to meet the needs of all people.