On Saturday night, about 200 protesters gathered at sundown in Manhattan. They held a brief rally and marched through Central Park to Rockefeller Center several blocks away. 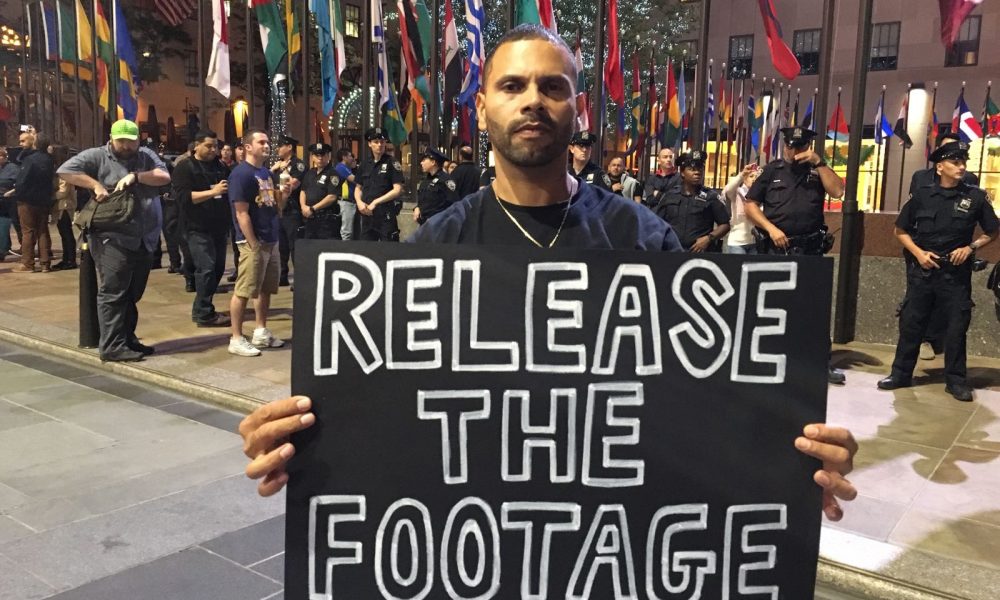 On Saturday night, about 200 protesters gathered at sundown in Manhattan. The protest was organized by Hoods4Justice, demanding justice for Terence Crutcher and “Don’t reform it, abolish the police.”

They held a brief rally and marched through Central Park to Rockefeller Center several blocks away. Over 100 cops followed alongside the marchers on motorcycle and on foot, forcing protesters off the street and onto the curb.

A pre-recorded announcement blared from NYPD loudspeakers perched on the street: “Pedestrians are not permitted to walk in the street or roadway. Pedestrians are also prohibited from obstructing sidewalks…If you unlawfully obstruct pedestrian traffic…you can be placed under arrest.”

There have been protests every day in Charlotte, North Carolina, since a police officer shot and killed Keith Lamont Scott on Tuesday.