In Pictures: Over 2,500 Climate Strikes Around the World 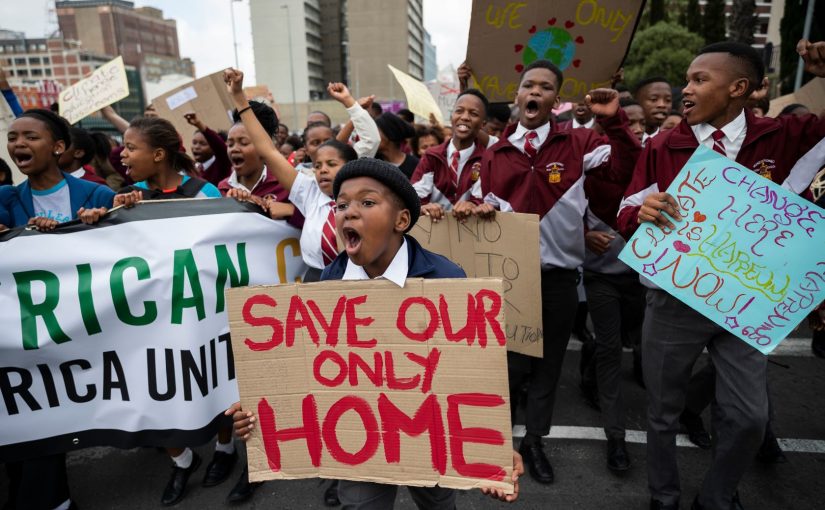 On Friday, September 20, millions of people mobilized for the Global Climate Strike. Some organizers put the number at near 4 million.  In the United States alone, 800 actions were planned. Led by young people, students of all ages walked out of their schools to take part in massive mobilizations. In Bangkok and South Africa, youth staged die-ins. In Germany, activists stood with nooses around the neck on slabs of ice.

Around the world the youth had one message for adults: stop messing with our futures; stop climate change now.

Around the world, anti-capitalist contingents had an additional message: capitalism is destroying the planet. Let’s destroy capitalism.

Today’s international mass mobilizations were  inspired by Greta Thunberg, a 16 year old Swedish activist who began walking out of school on Fridays to protest climate change.

While the strikes were mostly school walkouts, some sectors of labor also joined the struggle. In Seattle,1,700 Amazon employees left work to join the protests.

Here are some images of the Global Climate Strike.

Hundreds engaged in Uganda’s climate march. Leah Namugerwa, who is 15 years old, has been at the center of organizing school strikes against climate change since February. 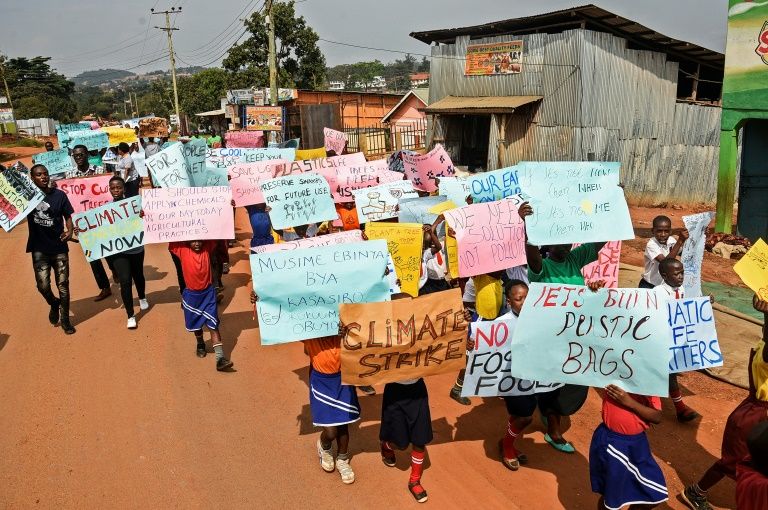 From Ankara to Istanbul about 10,000 people, predominantly Turkish youth and teachers, participated in massive coordinated strikes. 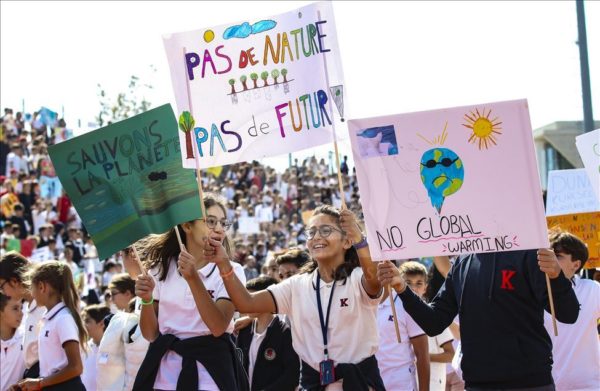 Hundreds of thousands in Hamburg, Berlin and other German cities mobilized. There were 575 marches held around the country.

An estimated 100,000 people in Berlin on #ClimateStrike. Today is massive pic.twitter.com/kSS7NulTx0 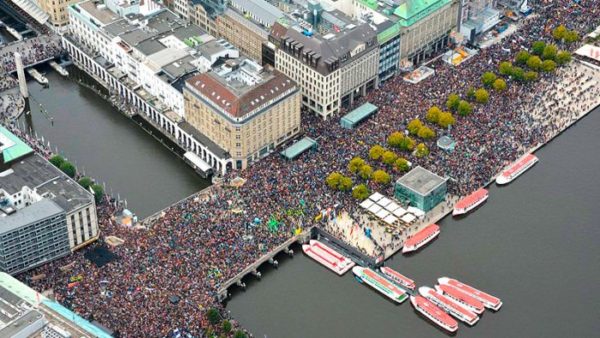 Over 200 youth stormed into the environmental ministry for a die-in demanding action on climate change. “We’re young, but we’re not dumb. We know it’s happening. We need change. We demand better,” said activist Ralyn “Lilly” Satidtanasarn, 11. 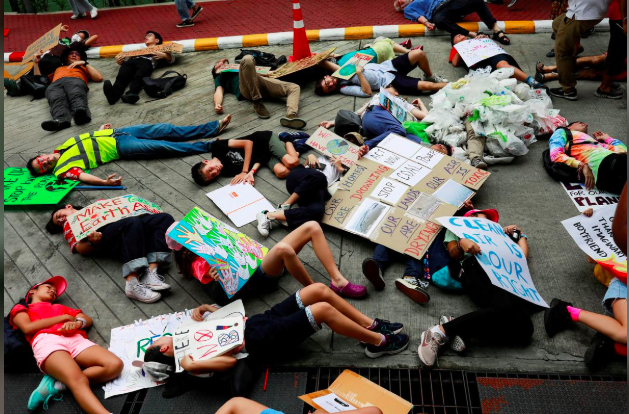 Australia set the tone for the day, with one of the largest mobilizations for the Global Climate Strike: 300,000 people took to the streets in 110 towns and cities. Siobhan Sutton, a 15-year-old student said, “I have basically been told that because it is not a valid reason to be missing school — it is not a medical reason or anything — I am going to get a zero on the test if I don’t actually sit it…Even though we ourselves aren’t sick, the planet which we live on is, and we are protesting and fighting for it.”

Several climate marches, large and small, were held in 32 cities in Pakistan. For example, 300 teachers, students and environmental activists marched Friday at the University of Peshawar in Northern Pakistan, chanting slogans such as “Save our planet” and “Earth is our mother.”

Huge crowds at the Islamabad #ClimateMarch. There is suddenly a climate movement in Pakistan. #ClimateActionNow pic.twitter.com/jp9jHusiAL 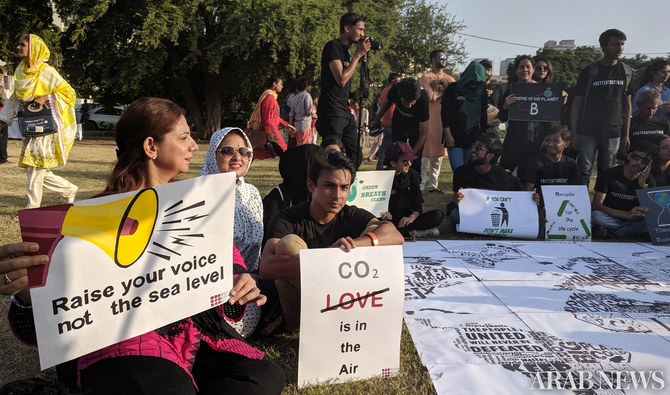 In Greece, young protestors gathered around Athens’ Syngtama Square shouted ”The climate is changing, why don’t we change too?” 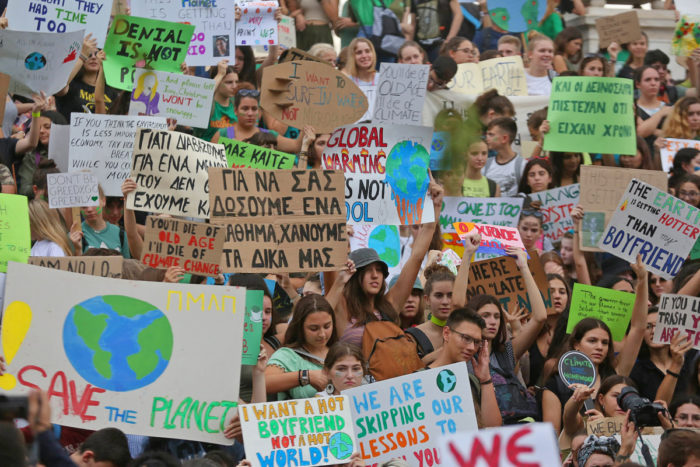 Brazil, still reeling from the fires in the Amazon, also had large mobilizations in several cities. In Rio de Janeiro, Tereza Arapiun, a chief from the Arapiun tribe from the Amazon state of Pará said, “We are surrounded by destruction, loggers and mining.” The socialist group, Movimento Revolucionario de Trabalhadores carried large banners that read “Bolsonaro, Agrobuisness and Imperialism: Hands off the Amazon.” 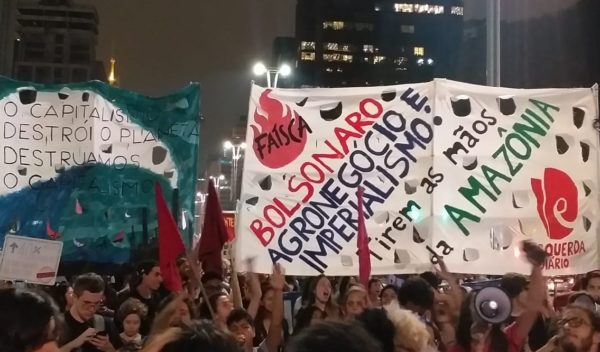 People in Delhi, Mumbai, Bengaluru and Kolkata mobilized in the hundreds. In New Delhi, the march went to the Ministry of Environment, Forests and Climate Change, where youth sat down in the street, chanting “Climate change is not a lie, we won’t let our planet die.”

Come join us at the #ClimateStrike, New Delhi! pic.twitter.com/YRzs6AwMK4

In likely the largest environmental protest in UK’s history, 350,000 people are estimated to have participated in actions in 200 cities across the UK, from Edinburgh to Bristol, Leeds to Brighton, Bedford to Cambridge. Around 100,000 people also mobilized in London. 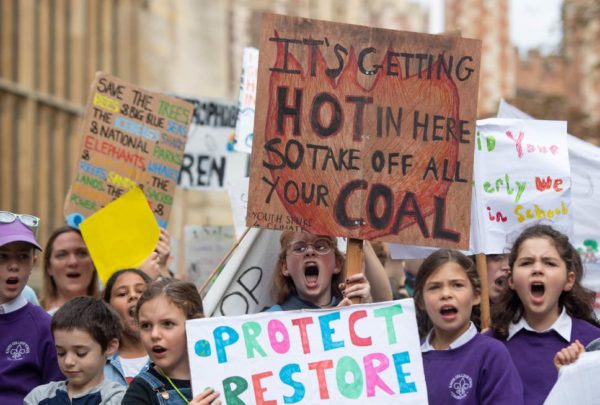 Ten thousand people mobilized in Mexico City and there were mobilizations “The earth is dying. And all the boys and girls … aren’t going to be able to live (here) anymore,” said 7 year old Luca Sauceda among the youngest climate activists in Mexico City. 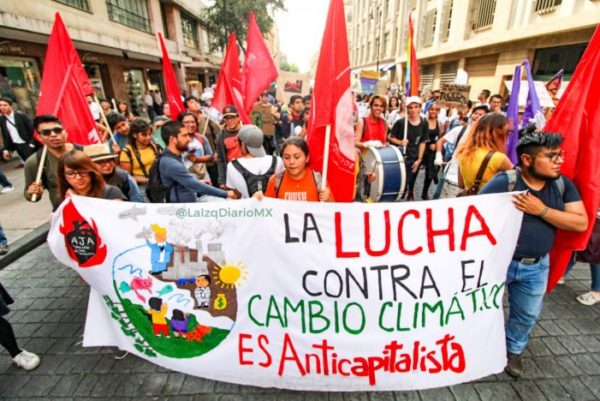 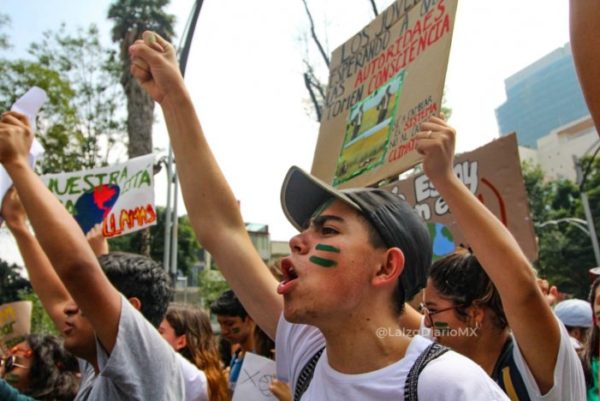 “The earth is dying. And all the boys and girls … aren’t going to be able to live (here) anymore,” said 7-year-old Luca Sauceda at the #ClimateStrike in Mexico City – for more on-the-ground reporting, read our round-up from @TRF_Climate correspondents https://t.co/CsCw6SnXK2