Nestled in the north-eastern region of India, sharing its southern border with Bangladesh, Assam has long been home to immigrants. But since August 31, 2019, with the publication of the National Register of Citizens, 1.9 million people risk being stripped of their citizenship and rendered stateless. 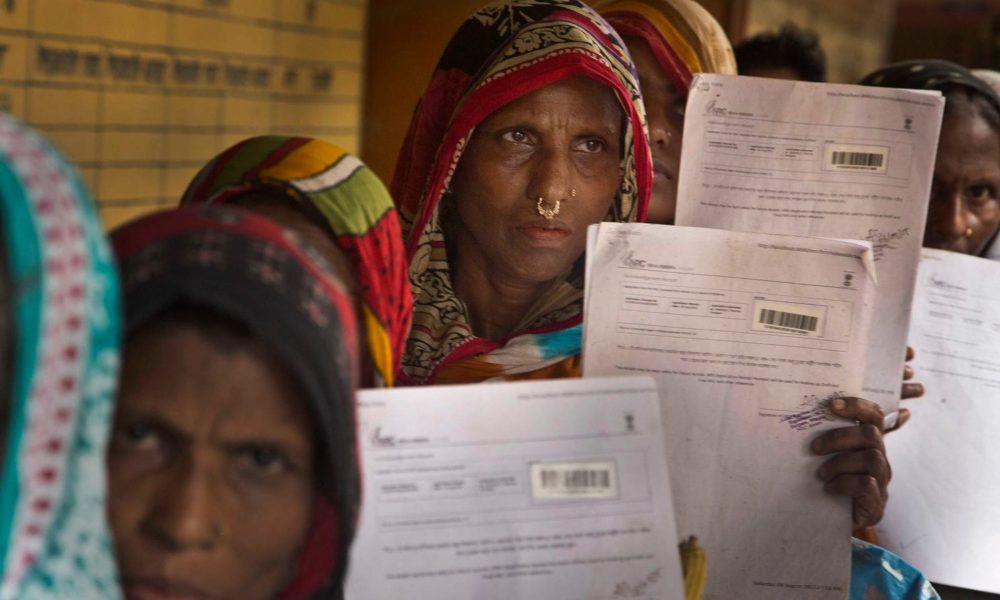 The National Register of Citizens (NRC), published on August 31, is the culmination of a yearslong process to determine who constitutes “rightful” Indian citizens in the state of Assam. Although administered by the Supreme Court, the NRC process has been weaponized by the national and state governments, both under the control of the right-wing Bharatiya Janta Party (BJP). They saw the NRC as a tool with which they could expel Bengali Musims, who formed a third of the state’s population—a community they see as illegitimate and whose presence is in direct contradiction to their Hindu nationalist agenda.

The publication of the final list, however, has shown the limits of this goal. The list has not only targeted Muslims, but also a large number of Bengali Hindus and members of indigineous communities.

The National Register of Citizens

First published after the census in 1951, the NRC was created in Assam to establish a list of names of “genuine” Indian citizens residing in the state. In the latest update, the NRC recognises persons who maintained residence in Assam prior to the Bangladesh Liberation War (up to March 24, 1971) and their successors as legal Indian citizens.

The recent update is the result of deep rooted anti-immigrant sentiment in the region that dates back to colonialism, when the British razed forest lands to establish tea plantations, attracting labor and investment from other parts of the colony. Current antipathy towards immigrants has been built on generations of fear of erasure of ethnic Assamese culture and language. This fear resulted in large-scale agitation throughout the early 1980s and ended with the Assam Accord of 1985.

After 6 years of protests and demonstrations by the Assam Movement that wanted to “detain, disenfranchise and deport” immigrants living in the state, most of whom had migrated from Bangladesh, the Government of India finally signed the Assam Accord. At its peak, the Assam Movement, a coalition of various anti-immigrant groups, killed 2,000 Bengali Muslim men, women and children in Assam’s central Nellie district. Negotiations for the Accord began soon after, and the final resolution listed numerous ways in which the state would deal with illegal immigration. Now, 34 years later, the Accord’s most important resolution—the implementation of the NRC—has come to fruition.

The NRC registration process started in 2015 under the supervision of the Supreme Court of India. To register, applicants were required to submit two sets of documents. List A consisted of legacy documents that proved they or their ancestors lived in India prior to 1971, while List B consisted of link documents that established their relationship with the legacy person. In this fact-finding mission, the burden of proof lay squarely on the people, the majority of whom are illiterate, dispossessed and poor.

In a state where most communities live tribal, nomadic lives, occupying temporary residences as floods and the changing course of rivers dislocate them with regularity, the need to furnish such extensive documented proof of history and citizenship is almost an insurmountable task. This is only made harder by inconsistencies in record keeping, inadequate enforcement of birth and school records, and gaps in legacy data. Caught in the net of this legality are the state’s Bengali Hindus and Muslims—many of whom, despite having ancestral roots in Bangladesh, were born in the country.

In the first draft of the NRC published in July 2018, over 4 million people residing in Assam found themselves left off the list. Family members saw their kin excluded, even though they shared ancestry. This list also excluded army veterans, families of celebrated academics, ex-presidents, and current government officials. This arbitrariness characterizes much of the final list too, and displays the limits of such an exercise.

According to a fact-finding report conducted by Countercurrents.org, the implementation of the NRC has disproportionately targeted the state’s Bengali Hindu and Muslim communities. Bengali Muslims, who have long been the main targets of Assam’s linguistic and religious nationalism, have feared that the NRC would be used to target them. Such fears are not unfounded.

Since the rise of the Hindu nationalist Bharatiya Janta Party (BJP) to the central government in 2014, anti-Muslim propaganda and violence has been running high. Mob lynchings, harassment, and discrimination have become commonplace across the country. Just a month ago, the BJP-led union government abrogated the state of Kashmir’s special status and put its people under complete media blackout amidst deadly state repression—violence that is still ongoing.

In political rallies leading up to the 2019 General Election, the chairman of the BJP, Amit Shah, used the NRC as a rallying cry, promising to not only to expel the Bengali Muslim “termites” from Assam, but to also implement the NRC all across the country. In the months following the election, the BJP government has echoed that campaign promise to incense their base.

Although the Supreme Court has ordered the government to provide due process to those left off the NRC list, the path to citizenship seems easier for some than for others. Those excluded from the list will have the opportunity to appeal for citizenship within 120 days at one of the many Foreigners’ Tribunals (FTs). These quasi-judicial bodies, largely manned by junior lawyers instead of judges and trained legal experts, and operating under the state’s Home Department, have declared an increasing number of petitioners as foreigners since the BJP came to power in 2014.

Those declared as “foreigners” are transferred to detention centers where they are held under horrific conditions with no end in sight. Without any formal repatriation treaty with Bangladesh, those held in detention camps face the possibility of permanent detention. Between 2015 and 2019, Assam has only deported 4 out of 46,000 reported undocumented immigrants, while 2,000 were held in detention.

The right has expressed dissatisfaction with the final NRC list because of the exclusion of large numbers of indigenous Assamese and Bengali Hindus. Simultaneously, the BJP government has also expressed anger at the inclusion of 95% of the state’s Muslim population in the list of citizens. Now, calls for amendments to India’s citizenship rules are getting louder, including the inclusion of a religious rider that will disqualify Muslims.

In her book The Origins of Totalitarianism, Hannah Arendt argues that statelessness is tantamount to the loss of human rights, or, the “right to have rights.” For India’s poor, the question of citizenship isn’t only one of identity, but one of survival, particularly since their citizenship status gives them access to government food rations and social welfare. The implementation of the NRC threatens to further disenfranchise the most vulnerable. While the Minister of External Affairs has guaranteed that those who are excluded will continue to enjoy all rights and resources until they have exhausted all legal recourse, it is critical to demand that those protections exist beyond it.

Citizenship Rights for All

In recent days, much has been written about how the NRC has backfired on the BJP. The reality of the situation, however, is that almost 2 million people are now stuck in limbo. They may find themselves stateless, and worse still, face permanent detention. A product of ethno-nationalist paranoia, the NRC is a deeply undemocratic process that directly targets the most poor, vulnerable, and marginalized.

Opposition parties have increasingly called out the duplicity of the NRC, before and after its publication, but to little effect. Speeches on the floor of the parliament haven’t been more than empty rhetoric and postulation. The only path forward is to close the camps, reunite separated families, and provide full citizenship to those excluded from the NRC.

Whether it was Kashmir yesterday or Assam today, those at the front lines of state-sponsored violence are the same. The BJP government continues to institutionalize Islamophobia and uses bureaucratic tools like the NRC as a dog whistle to incite their base. Now, it is not only important for us to fight for the citizenship of those excluded from the NRC, as well as for the safety of Assam’s Bengali Muslims. It is critical to confront an authoritarian state apparatus that stokes communal fear and benefits from violent sectarianism.