India’s Coronavirus Response is a Death Sentence for Millions

This past week, India’s Narendra Modi-led government announced a nationwide lockdown, forcing India’s 1.3 billion people indoors. Without adequate planning or relief, however, the brunt of the coronavirus crisis will be borne by the working class and oppressed. 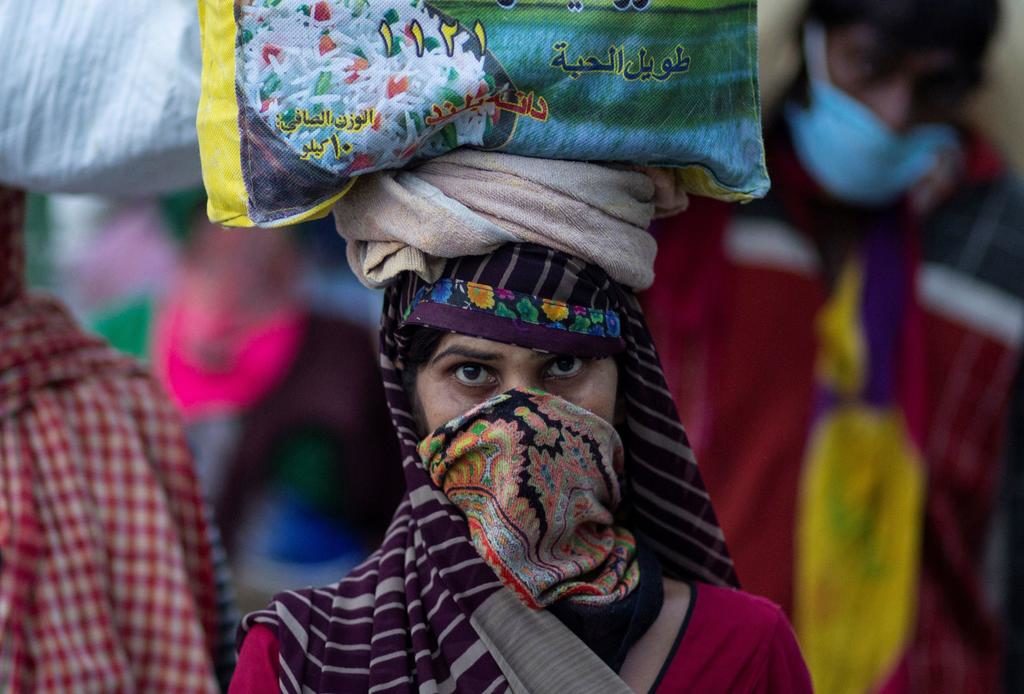 On Tuesday evening, March 24, India’s Prime Minister Narendra Modi announced a nationwide lockdown for the country’s 1.3 billion people to combat the novel coronavirus. The curfew that began at midnight on Tuesday, a few short hours after the address, is set to last until April 14. This latest move was preceded by a #JantaCurfew, or Peoples’ Curfew, on Sunday, March 22 — a voluntary 14-hour shutdown on Sunday, with a call to bang pots and pans at 5 pm to thank healthcare workers.

By any measure, the spread of the coronavirus across the country can quickly turn India into yet another hotspot, especially without an adequate response to mitigate it. India has reported about 1,000 cases of COVID-19 so far. However, with drastically low testing across the country due to a lack of test kits and inadequate preparation, the estimated number of cases is far higher. So far, the countries with the most success in combating the coronavirus have implemented mass testing and tracing of contacts in order to contain the clusters of contagion. Without adequate testing, as we see in the case of the U.S., the virus spreads unnoticed and is impossible to contain. In his typical style, Modi resorted to vague platitudes in his speech on Tuesday, urging people to draw a metaphorical boundary at their doorsteps. Except a passing reference to the creation of a healthcare fund, Modi barely provided any additional direction to mitigate the crisis. Instead, he transferred all responsibility for the crisis onto individuals. “If you can’t handle these 21 days, this country and your family will go back 21 years,” Modi said. “The only option is social distancing, to remain away from each other. There is no way out to escape from coronavirus besides this.”

While healthcare experts the world over have stressed the necessity of social distancing, and it is absolutely necessary in order to “flatten the curve,” a call for social distancing only aids and abets fear and panic among the masses in the absence of a larger coordinated health and economic response. Such has been the case with India this past week. Stories across social media paint a picture of a country gripped by paranoia, as neighbors gang up against each other due to suspected infection. As in the world over, shelves across grocery stores were emptied in the days leading up to the announcement, with people buying supplies in bulk for the eventuality of being stuck indoors.

The current curfew, implemented overnight, has disproportionately affected India’s working class and poor, especially the hundreds of thousands of migrant and informal workers who are stranded without work, far from their families and homes. With the lockdown strictly in place and all public transport brought to a complete halt, India’s large, precarious working class is now stuck in the very urban centers that have become the loci of the pandemic.

Although Modi acknowledged in his speech that this move would cause “a very difficult time for poor people,” he refuses to acknowledge the magnitude of the crisis. Forming almost 90% of India’s workforce, workers in the informal sector don’t have access to paid leave, social security, or adequate access to healthcare. Most of the country’s 470 million precarious workers also live in tenement housing, making social distancing harder to practice and putting them far more at risk for community spread. In India, furthermore, where divisions along the lines of caste and religion run deep, Dalit (lower castes in the Indian caste-system) and Muslim communities are overrepresented in the most oppressed groups and are treated with incredible violence and discrimination. In the midst of a global pandemic, these communities are subject to further policing. To enforce the current lockdown, the police have come down with a heavy hand, using a combination of humiliation and brute force to attack those they find outside, including those headed to work or out for essential tasks like a visit to the grocery/pharmacy. While the middle class and the rich are hunkered down with their stockpiles of food, the working class and the poor have been left out to dry. Thousands among them, wanting desperately to go back to the towns and villages they call home, have begun their journeys — hundreds of miles long — on foot.

The Response to the Crisis

In order to address the current crisis, the Finance Minister, Nirmala Sitharaman, announced a 170,000 crore Rupees ($22 Billion) economic plan on Thursday, almost two months after the first case of COVID-19 was detected in the country. The measures in the plan are quite broad and, according to Sitharaman, are set to affect 800 million people. In addition to providing direct cash payments to large sectors of workers and peasants and an increase in pension payments, the fund will expand on the existing national food distribution system, providing an additional 5 kgs (11 lbs) of rice or wheat and 1 kg (2.2 lbs) to the poorest households. The fund will also provide health insurance coverage up to 5 million rupees (approximately $67,000) for healthcare workers.

The plan is far less promising when one reads the fineprint. The current package represents less than 1% of India’s GDP and falls short of the radical measures necessary at this time. Workers, peasants, and daily wage laborers who rely solely on cash payments for their work are left out of the economic stimulus that’ll be paid out through existing checking accounts. Furthermore, according to a report by Caravan Magazine, the cash payments promised to the public will often be as little as 500 rupees ($7) and can’t meet the dire needs of most. The report further notes how the fiscal stimulus for other welfare schemes amounts to nothing more than meager annual adjustments.

These half-measures are not enough. India’s crumbling healthcare system is wholly incapable of dealing with this crisis without aggressive measures. Prior to this crisis, India spent less money per capita on healthcare than most other countries in the world. Far below other countries, there are only 7 hospital beds per million people in India. Decades of budget cuts and large scale privatization not just by  the current regime, but the neoliberal regime of the Congress party that preceded it, have completely eroded public health infrastructure. In fact, healthcare spending has, surprisingly, gone up under the BJP regime. The Congress-led government of Manmohan Singh prior to this, in alliance with the Stalinist Communist parties, marked an unprecedented era of privatization in the country. Under Singh, the public social safety net was traded in for “public-private partnerships” — a practice that has continued in the Modi era, resulting in the deterioration of public healthcare as private hospitals thrive. Today, private for-profit hospitals account for 74% of hospitals in India and 40% of hospital beds.

The lack of a public healthcare response to this crisis is further aggravated by the current right-wing regime that doesn’t hide its intention to maximize the profits of the capitalist class at the expense of workers’ suffering. The Narendra Modi-led Bharatiya Janata Party, in addition to peddling a dangerous neo-fascistic right-wing program, as Raju Das explains, is the party of capitalism and “Indian capitalists’ most favored party.” Since coming into power in 2014, the BJP has pushed one austerity budget after another. Their many anti-worker policies have rapidly eroded the social safety net.

Although the first case of COVID-19 was detected in India in January, there has been little to no preparation in the time since. Instead of ramping up testing and preparing the healthcare system for the eventual onslaught, the official government response then, in fact, was to combat the virus with alternative, homeopathic medicine! According to the Economic Times, the WHO had called on governments and industries to increase medical production by 40%. Now, two months after the first case, the government still looks like it’s trying to improvise its way out of the crisis. The ill-planned lockdown, for example, gravely affected emergency healthcare response, with workers in the medical device industry unable to get to work, in addition to a lack of transportation to move test kits, PPEs, and other medical equipment to hospitals.

The Congress party has, in this situation, fared no better. Just this past week, leaders of the Congress party, including party president Rahul Gandhi, have been quick to give praise to Modi for his response to the coronavirus. When challenged on this position, another member of Parliament, Shashi Tharoor, commented that Modi should be “praised whenever he says or does the right thing.” Within days, however, in the face of a humanitarian crisis and popular backlash, they’ve changed their tune, with Rahul Gandhi leading the way and blaming the government for the “alarming” situation. While disheartening for many, this is unsurprising, coming from a party that was upheld by the same capitalist class that now puts its weight behind the BJP regime.

The spread of the coronavirus in India represents the very real possibility of a healthcare apocalypse — one that will devastate large sections of the country’s population. However, where capitalists and their political allies fail to address the crisis, the vast, often militant working classes can fundamentally reshape society for the better. In the last few years alone, workers in India have led the largest general strikes in history, drawing the attention of oppressed people everywhere. As the general strike in January and the months of anti-government protests have shown, the labor and youth movement in India is extremely powerful, and could force Modi’s government to give up significant concessions to the working class in order to better face this dire situation.