Protesters on the occupied island of Okinawa have turned out to oppose the Japanese-backed construction of a U.S. military base that threatens the environment. 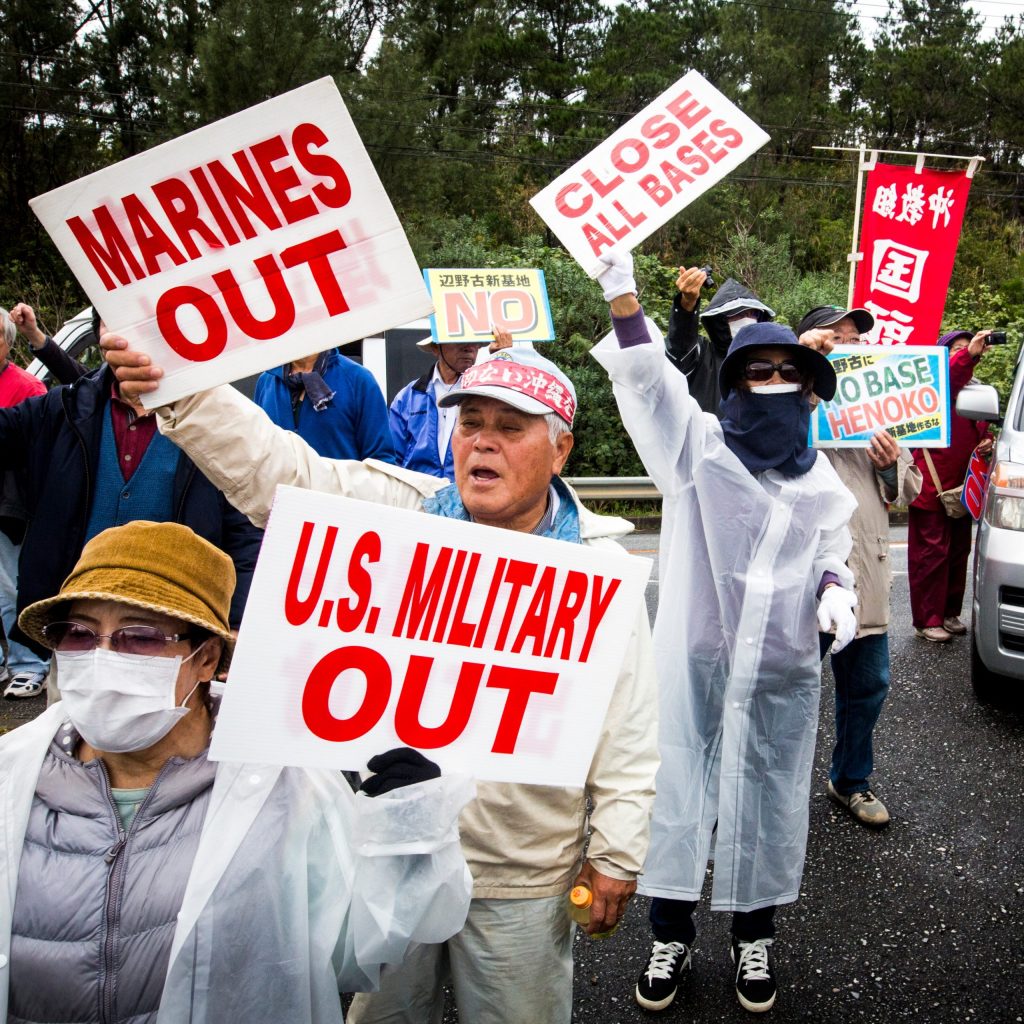 Following a heated meeting in Alaska between U.S. Secretary of State Antony Blinken and Chinese diplomats, there is now no reason to doubt the Biden administration’s intention to escalate a conflict with China. As part of this offensive posture toward China, U.S. imperialism has made it a priority to strengthen “The Quad” — a military alliance of the United States, Japan, India, and Australia.

The indigenous people of Okinawa are one of these groups. Okinawa is a Japanese prefecture that has long been ruled by Japanese and U.S. imperialist occupiers. It is also one of the main strongholds of the U.S. naval presence in the Pacific — a distinction that comes at great cost to the sovereignty and safety of Okinawans who have been demanding for decades that the United States remove its military bases from their land.

There have been many episodes in the longstanding struggle of the Okinawans against U.S. imperialism, which the Japanese government fully backs for its neoliberal interests. Most recently, the struggle has centered on the construction of a new airbase for U.S. marines.

The Japanese Defense Ministry has long ignored Okinawan protesters, including leaders such as Takamatsu Gushiken, who recently went on a hunger strike against the construction of the airbase. This is typical of the Japanese government’s treatment of Okinawa. Okinawans have voted multiple times since 2014 against the construction, but it continues.

The presence of U.S. marines on the island dates back to the 1945 Battle of Okinawa, the last major battle of World War II — and one of the bloodiest in the Pacific theater. As the United States established its capitalist hegemony, Okinawa became a key staging area for U.S. militarization in the Indo-Pacific region through which the capitalists violently maintained their control. Today, some 70 percent of all U.S. bases in Japan or its territory are in Okinawa, an island that represents just 0.6 percent of Japan’s land mass. A full 15 percent of the island is covered in bases.

Okinawa has a rich history of opposition to U.S. imperialism on the island as well as Japanese imperialism prior to World War II. The struggle of the Okinawans was largely unknown in the United States, however, until a 1995 incident in which three U.S. marines from Camp Hansen on the island kidnapped a 12-year-old girl and beat and raped her. The base currently under construction will replace Camp Hansen, part of the Japanese government’s efforts to erase the old base from memory and quell Okinawan opposition to U.S. imperialism that sprang from the 1995 rape.

The indiginenous community, though, has stood firm that it will accept nothing short of full removal of all U.S. bases from the island.

Two additional issues with base construction are inspiring protesters. One is the discovery of the remains of thousands of war dead within the millions of cubic centimeters of soil that have been set aside for base construction.

As Takamatsu Gushiken told the Guardian, “I asked [the Japanese Defense Ministry] if they realised they were going to use soil containing human bones, but they didn’t respond. If they go ahead with digging work knowing what is in that soil, it will be an act of betrayal towards the people who died.”

The base also poses an environmental threat. The soil will be dumped into the island’s Oura Bay, which is home to 262 endangered species. Environmental damage is characteristic of U.S. imperialism — the U.S. military has a bigger carbon footprint than some140 countries combined.

The new base highlights why support for the people of Okinawas should be non-negotiable. We in the heart of the empire can support the indigneous Okinawans through militant opposition to all U.S. imperialism. This is becoming an even greater priority as Biden’s national security team takes a more aggressive approach to China, and the importance of our fight is even greater when we connect the role imperialism plays in keeping the world from addressing climate change.

The Okinawans are standing strong against the violence and destruction U.S. imperialism has wrought on their home. The U.S. Left can and must join them in this fight.