Native American activist and political prisoner Leonard Peltier has Covid-19. Decades of imprisonment in torturous conditions and multiple health issues place him in great danger. He must be treated and freed immediately. 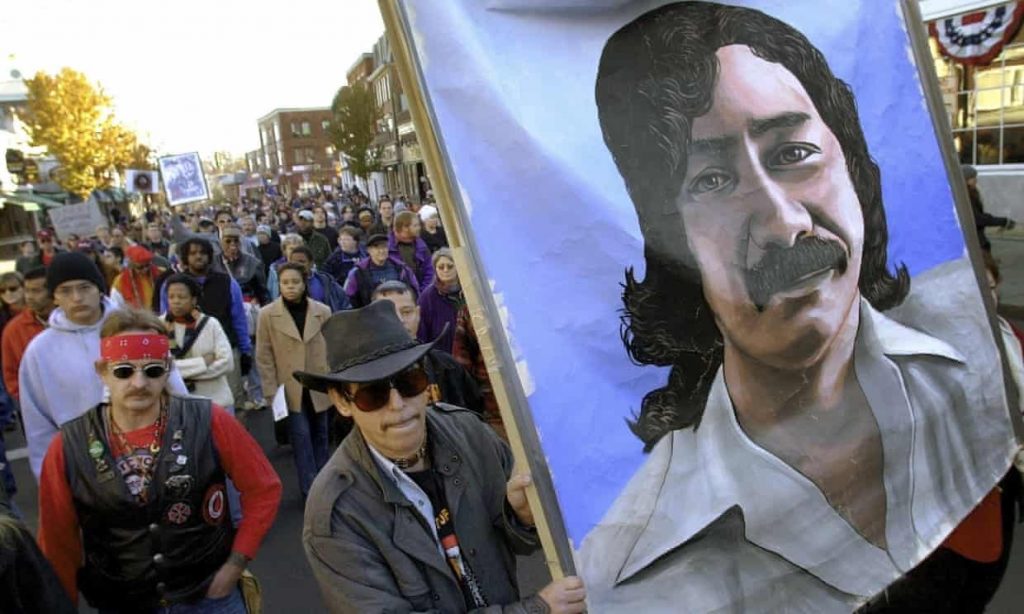 Native American activist and political prisoner Leonard Peltier has Covid-19, but the U.S. government is denying him proper medical treatment. He is 77 years old; he has been held in prison for 45 years and has multiple health conditions, all factors that exacerbate the danger of COVID-19. He is America’s longest-held Indigenous prisoner.

Peltier was a leader of the American Indian Movement which formed in the 1960s to address systemic racism and police brutality against Native American communities. The movement used the tactic of occupying stolen land and was a target of the FBI’s dirty COINTELPRO program which surveilled, infiltrated, and disrupted Left movements and assasinated and imprisoned leaders of anti-racist struggles.

As a target of COINTELPRO and a well-respected leader of Indigenous struggle, Peltier remains locked up by the United States, despite prominent human rights groups like Amnesty International acknowledging that he is a political prisoner and has never received a fair trial for accusations that he killed two FBI agents. Peltier’s co-defendants were found not guilty for the deaths of the agents because they were acting in self defense, and a legal appeals process has poked holes in the FBI’s narrative.

Peltier is currently held in Coleman Federal Correctional Complex in Florida under conditions he has described as “like a torture chamber.” He has not received a COVID booster shot and is not receiving medical attention.

The United States government is knowingly subjecting Peltier to conditions which may kill him. It is a grotesque violation of human rights by a country that hypocritically positions itself as a leader of an “international rules-based order” and champion of human rights. More broadly, the attack on Peltier is an attack on all anti-racist movements. As Left Voice’s Ezra Brain has written on the issue of political prisoners: “If we do not fight to free political prisoners, we are telling our comrades that we won’t fight for them if they are repressed, that if they are arrested then they are on their own.”