“Instead We Say Never Again”

A highschool student of Broward County, FL, speaks out against school shootings and government passivity. Left Voice publishes this as part of the youth phenomenon against mass shootings and does not reflect the conclusions of Left Voice. 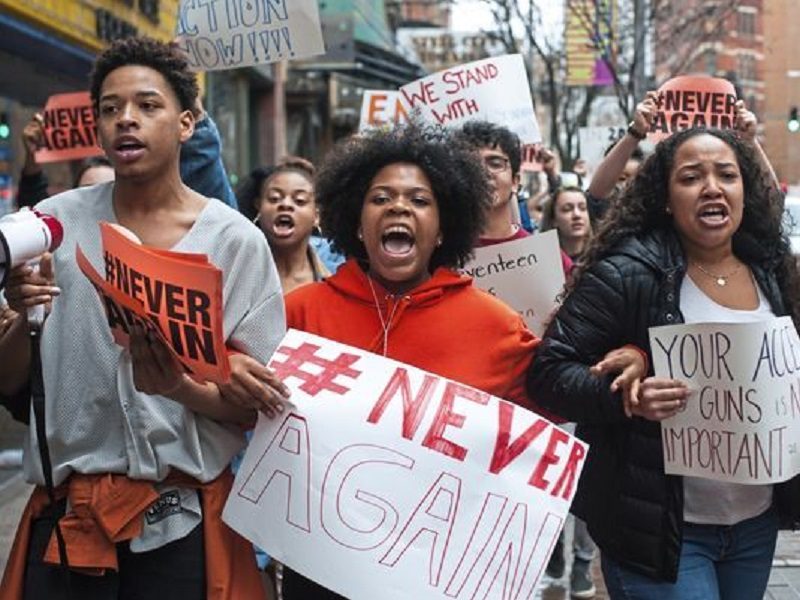 Twenty minutes’ drive north of my school there are kids just like me in Marjory Stoneman Douglas High. Kids I had met and wished luck to at band competitions and sat opposite at football games; how many are dead? That cute baritone saxophone player from their band? If I had had the courage to talk to them, would I have attended a friend’s funeral at 17?

One of the survivors is a volunteer with our drumline, a friend and mentor to my own friends. I met more survivors when some came to our school to speak. The worst day of these kids my ages’ lives was Valentine’s Day, not because of rejection or loneliness but because of blood and loss. Yet it was a perfectly normal day for me.

When their fire alarm was pulled, I was scheming how to sneak out of class to my car. As the shooting began, I was pulling out of the parking lot blasting my “don’t mess with me” playlist from rolled-down windows and sporting shades and rouge. I didn’t hear the news over the radio driving away from school since I was listening to k.flay over the aux, like kids my age.

Kids who might have popped up in my mutuals were Snapchatting under desks and crying silently as they listened to screams that might be last words. They were texting friends to say they were alive and safe, either outside with police or crammed in a closet somewhere, when I was texting friends to say I was free to hang out. As I was buying my mom’s favorite chocolates in Walgreens, other kids my age were wondering if they’d ever see their moms again. 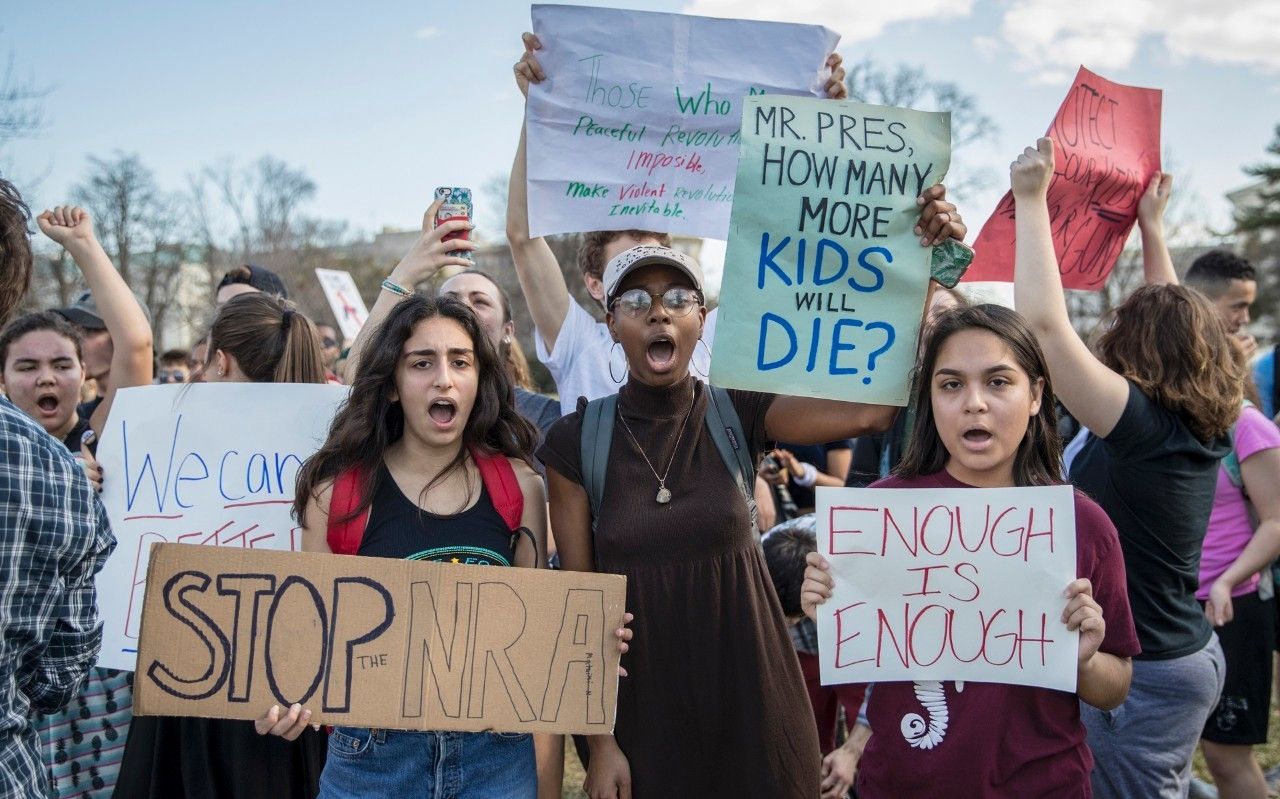 As I was doing what all kids my age do, they were running through pools of blood and rifle-bullet fireworks. Valentine’s Day in my school was roses and Sweetart lollipops, while their school- that could have easily been mine- was a battlefield that sent its students home with the same PTSD and injuries as adults who chose their war.

I’ve never once had to ask myself whether I’d attend graduation or a memorial, if those prom dresses I’ve been musing over would instead be my burial-wear, or how many of my friends would be alive to attend my Eighteenth birthday, and if that would instead be replaced with my funeral. I never wondered if I’d just be a statistic bloodying the hands of the NRA and the money our government takes from NRA lobbyists.

And it has. In the halls of another Broward County school, Dillard High School, where I have gawked at their music programs, there had been a shooting in 2008. There have been more in Florida and there will be more – assault rifles, designed for quick and deadly massacres, are easier to buy than the handguns claimed to be for self-protection.

In about 10 months, before I’m legal to drink, I could buy an AR-15, but would have to wait three more years for a handgun. According to society, kids my age can not drink alcohol or practice safe sex but we can buy firearms. This isn’t a new issue, we’ve known about these problems for about two decades. Remember Columbine? Because I don’t, no high schooler does.

Five years before Alyssa, Martin, Jaime, Cara, Gina, Alaina, and Alex were born; four years before Peter and Luke; three years before Carmen; two years before Helena, Joaquin, and myself; a year before Meadow; two kids our ages at Columbine massacred less people than this lone shooter. History repeated itself at the expense of the “most precious resource”. The time for passivity is long passed. 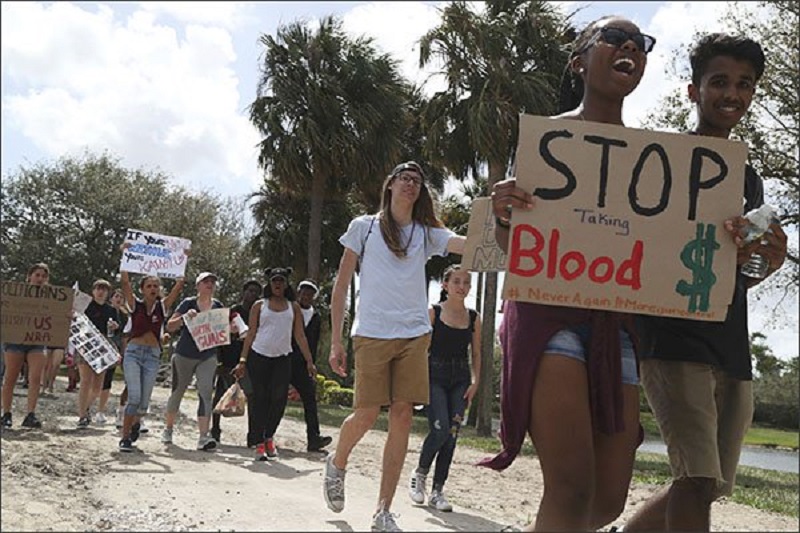 The adults of the government, who remember Columbine, do nothing to prevent another. Their pockets are lined with lobbying money, and they stack the possibility of violent death on top of our worries about the SATs and college aps and scholarships.

We marched for four hours without water or rest over the highway, and some to city hall, only to get referrals for “cutting class” in the Broward-wide walkout on February 21st. Middle school students were out with signs, children who shouldn’t have to worry, but even elementary and preschool kids are in danger, as proven in Newtown in 2012. I don’t remember Texas Tower or Virginia Tech but I remember Aurora and Pulse and Vegas. Still nothing has changed. Perhaps this’ll be the last straw.