Iowa Caucus: The Prologue to a Dirty Election?

The disastrous Iowa Caucus points to the possibility of the Democratic Party establishment running a dirty election. 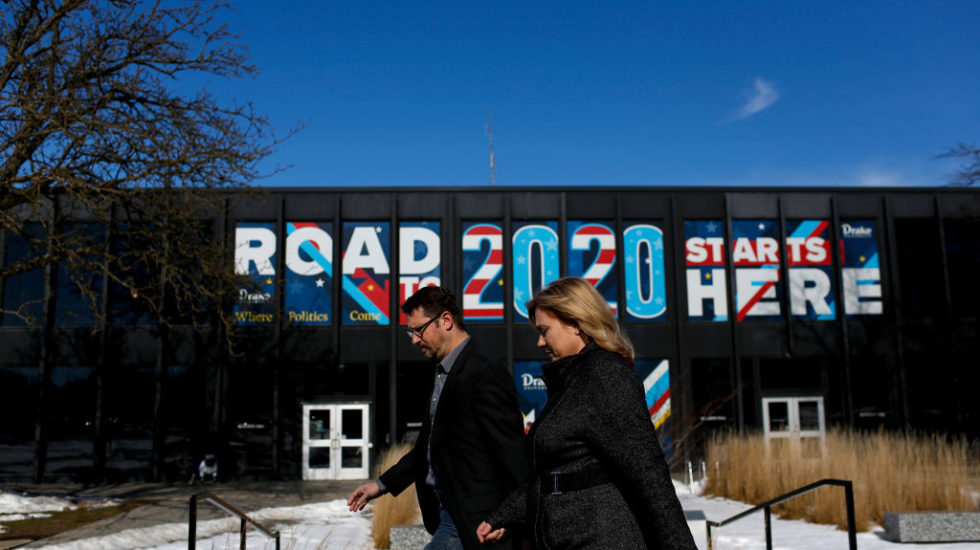 Social media users and professional political pundits alike shared in outrage late Monday night about the lack of results from the Iowa Caucus. It has been months (and months and months!) of anticipation and build-up to the Iowa Caucus. There had been numerous debates, people had spent countless weekends canvassing for their favorite candidate, countless think pieces had been written, and finally, the Iowa Caucuses were upon us and the primary season had begun. Sanders is surging in the polls, with Elizabeth Warren having peaked months too soon and quickly dropping. Pete Buttigieg, another establishment favorite (with a high amount of corporate donors)  who attempted to sell himself as the intellectual pragmatist who initially seemed to be holding on for dear life to a fourth place spot seems to have had a good night in Iowa. Long-time frontrunner Joe Biden also didn’t seem to be able to hold off the Sanders wave, and the media and the Democratic Party establishment began to notice. Clinton claimed that “no one liked Sanders,” and articles about his unelectability began to appear in the mainstream media. And this was the context of the Iowa primary, meant to set the stage for the next months of primary elections.

Voters left work early, took time off of work, and lined up to caucus in Iowa — thought of by many as the most important primary of them all. And after the caucuses, it was time to wait for the results.

Hours ticked by without results being announced, save for informal estimates reported from their precincts by Iowa voters on Twitter. As initial results showing a strong showing by Sanders began to come out, the Iowa Democratic Party (IDP) stopped reporting results because of “quality control.” Reports then began to come out that, apparently, the new app for reporting precinct reports had begun to glitch.

Be it incompetence or malfeasance, the massive mishandling of the (lack of) reporting of results represents a crisis for IDP and the  Democratic Party nationally. Indeed, even mainstream media have begun to criticize the IDP, and there the calls for them to lose their “first in the nation” status seem to be picking up momentums. This crisis will cast a shadow on whatever results do get reported from Iowa (whenever that occurs) and will severely restrict the ability of whatever candidate wins to use that win for momentum going into the rest of the contests. Indeed, it is possible that not only the results from Iowa but the results of the entire election will be tainted by the controversy surrounding how results were reported.

The IDP massively mishandled the response to the suspension of releasing results. They hung up on a precinct captain on live television, kept precincts on hold for hours, and made a series of vague statements that did little to explain why they were holding and what they were doing to fix the situation. The Iowa Caucus was a much hyped election event, and it was an unmitigated disaster in front of a large television audience — and people are blaming the Democratic Party. In an election that is being defined by a candidate from the party establishment (Joe Biden) battling with a candidate clearly maligned by the party establishment (Bernie Sanders), having the party botch an election so badly is only going to serve to reignite and strengthen old tensions between Sanders supporters and the Democratic Party.

Sanders’ voters’ reactions, from eyebrow-raising at the chaos in Iowa to a belief among some that the DNC is attempting to rig the elections, are not unfounded. In 2016, there is documented proof that the DNC threw its weight behind the Hillary Clinton campaign against Bernie Sanders. There was the case of Donna Brazile feeding Clinton debate questions. There were the DNC emails exposed by Wikileaks in which supposedly “unbiased” officials discussed how to support the Clinton campaign and bring down Sanders. And that doesn’t even include the legalized election rigging in the way of superdelegates, which give the political establishment a disproportionate weight in the elections.

This comes in a context in which there is mass questioning of the institutions of the regime: where the President is impeached, and that same President questions the authority of the FBI. The Democrats were seemingly the party attempting to hold up the legitimacy of state institutions, but perhaps this could send Democrats into a similar kind of deep questioning of so-called democratic institutions.

The Democratic Party is attempting to re-take the White House, and in order to do so, they will need to keep a strong hold on both the progressive and the establishment wings of their base. This is becoming an increasingly hard circle to square, as divisions between the Biden camp and the Sanders camp only seem to be growing — as can be seen in the recent controversy surrounding Rashida Tlaib booing Hillary Clinton at a Sanders rally and the uptick of media attacks on Sanders. Given that Sanders supporters are still resentful of the way the Democratic Party collaborated with the Clinton campaign to throw the election in 2016, the questions about Iowa and the way the results were reported could be another wedge between the two factions. Additionally, the Democratic Party looks shady right now. This is going to be a major problem for them as they mount an election campaign against Donald Trump based around “character,” to use Joe Biden’s phrase from Monday night. Republicans like Donald Trump Jr. and Ann Coulter have already begun to call out the Democratic Party for the way they handled this election. But the answer is not that one party is more corrupt than the other, but that both bourgeois parties are corrupt by design. Because they are not about ensuring the true political will of the voters, but rather continuing the status quo and protecting capital.

Already, the elections are rigged on the side of the rich and powerful; Mike Bloomberg has essentially paid his way to relevance. They give disproportionate weight to some of the whitest states in the country: Iowa and New Hampshire. And they give disproportionate weight to the political establishment by the way of superdelegates. This wasn’t a democratic process to begin with.

Who knows what will happen tomorrow? Who knows what the results will be? Regardless, the fact that so many Sanders supporters are ready for this to be rigged against Sanders demonstrates an important truth about the Democratic Party: it’s a party on the side of capital with a powerful political establishment that you can’t “democratically” take over from the inside. There is no candidate, no movement, no small structural changes that can undo the fundamental fact that the Democratic Party will always do what it does: protect the establishment and support capital. That is why we must build an independent political alternative that truly represents the working class and the oppressed.