The current Iraqi protests are the first united, nationwide uprisings in the country in recent memory. Protesters have exhibited admirable levels of discipline and have been exemplars of the principle that practical anti-oppression and the struggle for proletarian power are inseparable. 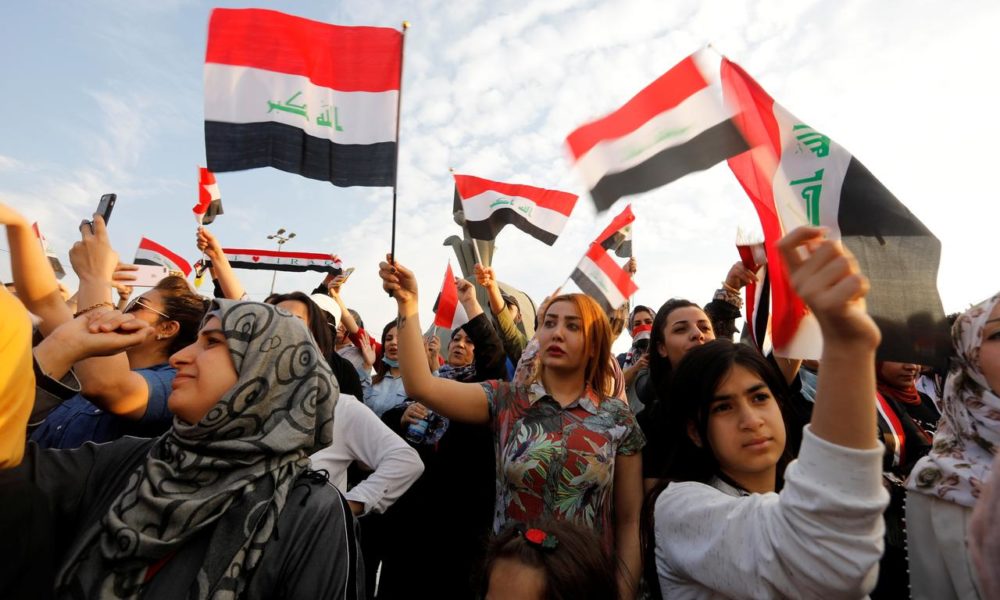 Of the international wave of mass uprisings currently breaking out across the world, the recent events in Iraq have been overshadowed. This is surprising given how implacable and courageous the Iraqi protesters have been, how principled and unyielding in their demands, and how sweeping the changes they envision. In 1915, Lenin described a revolutionary situation as one in which “the suffering and want of the oppressed classes have grown more acute than usual” and where “there is a considerable increase in the activity of the masses, who uncomplainingly allow themselves to be robbed in ‘peacetime,’ but, in turbulent times, are drawn both by all the circumstances of the crisis and by the ‘upper classes’ themselves into independent historical action.” The third condition outlined by Lenin was a crisis within the ruling class, in whose ranks divisions open up, in turn allowing the popular uprising to overthrow them. In a justly celebrated phrase, he wrote: “for a revolution to take place, it is usually insufficient for ‘the lower classes not to want’ to live in the old way; it is also necessary that ‘the upper classes should be unable’ to live in the old way.” While the ruling Iraqi regime still remains unified and could yet navigate its way out of the current crisis, it is astonishing how much of the substance of Lenin’s insight applies to the current situation in Iraq.

Why the Protests Broke Out and What Their Demands Are

The most recent round of Iraqi protests broke out in mid-September and have been going on continuously since then. They are only the latest iteration of recurrent protests which go back all the way to the immediate post-US invasion period in 2003. In recent years – specifically, in 2011, 2015, and 2018 – Iraq has witnessed escalating waves of large protests. State repression and violence are always quick to follow. During this most recent uprising, it is estimated that state security forces and their allies have killed over 420 protesters and wounded over 15,000. Thousands more have been kidnapped, likely by Iran-aligned paramilitaries.

After the US invasion deposed Saddam Hussein in 2003, oil was selling at $100 per barrel. In 2015, however, oil prices crashed, and the government – the country’s largest employer – implemented a hiring freeze and other austerity policies. Particularly younger Iraqis and most Iraqis without connections to the ruling elite – meaning most Iraqis – suffered the most. Youth unemployment currently stands at 17 percent for men and 27 percent for women. Nearly a quarter of the country’s population of 38.5 million suffer poverty. Youth – those aged 25 or younger – make up around 60 percent of the nation’s population.

The protesters’ demands are both economic and political. They include an end to corruption (international indices of corruption rate the Iraqi state one of the world’s most corrupt). They also want clean water, electricity, sewage, and functioning government services, as well as an end to the hiring freeze (which the prime minister Adil Abdul-Mahdi Recently rescinded, announcing the opening of 50,000 new jobs). They are also calling for an end to foreign interference, in particular by the United States and Iran.

Rejection of Foreign Interference and Sectarianism

The Iraqis taking to the streets and occupying the squares are mostly young. Students feature prominently, and overall the protesters are mostly unemployed or underemployed. They do not remember the days of the Ba‘ath Party or Saddam Hussein. Instead, the state they have experienced is one that was put in place by the brutal and racist 2003 US invasion. The Americans assembled a motley crew of opportunist elements from the expatriate and local bourgeoisie and set up an order divided along artificial sectarian lines. This had the (very much) intended effect, from the US perspective, of dividing the population and preventing the revival or construction of a non-sectarian national identity. At the same time, Iran moved in. The Iranians reasoned, correctly, that they were going to be encircled by US-backed regimes on three borders: Afghanistan, the Arab Gulf monarchies, and Iraq. They devoted massive resources into cultivating a client Iraqi regime, with much success. The Iranians like the Americans had no interest in a united Iraqi nation and every incentive to build a sectarian Shia theocratic state.

The protests have gone against this sectarian grain. They are happening all over the country, though their focal point is Tahrir Square in Baghdad. Events over the past three weeks capture the pace of developments, and most importantly, the increasing sway of a non-sectarian and progressive values, including challenges to sexism. Protesters across the country have exhibited admirable levels of discipline and have been exemplars of the principle that practical anti-oppression and the struggle for proletarian power are inseparable.

In late November, protesters in the Shia holy city of Najaf set fire to the Iranian consulate and to the shrine of an Iran-backed cleric. Security forces responded by killing scores of protesters, sparking nationwide solidarity demonstrations including in previously hesitant Sunni areas, which had until then feared being labeled “terrorists” by the state. In Nasiriyya, in southern Iraq around the same time, protesters set fire to the home of a military commander responsible for the deaths of 35 protesters and wounding of dozens more. As a result, the protesters and martyrs of Nasiriyya have become national heroes.

By early December, Iraqis of all backgrounds had had enough. They were, as Lenin might say, no longer tolerating life under the old (sectarian) order. Hundreds of students in predominantly Sunni Mosul organized a mourning march in solidarity with Najaf and Nasiriyya but also with Basra, site of other regime repressions and murders. It was at this time that Prime Minister Abdul-Mahdi resigned. Iraqis in predominantly Sunni areas that had previously avoided joining protests began turning out: in Salahuddin, like Mosul in the north, protesters turned out in solidarity with their Shia compatriots and declared three days of mourning. Solidarity protests then occurred in other Sunni-majority areas, for example in Fallujah and Ramadi in central Iraq’s Anbar province. They were immediately joined by eight Shia-majority provinces. A few days after Abdul-Mahdi’s resignation, Iranian military leader Qassen Soleimani arrived in Baghdad to advise on the choice of a new Iraqi PM. Protesters, knowing Soleimani’s role in Iraqi politics, erupt in laughter when prominent politicians claim that the protests are being instigated by “foreign agents.”

Despite Abdul-Mahdi’s resignation the protests have continued because the protesters don’t want only the removal of this or that politician, but real system change. They are proposing a fundamental change to the electoral system, calling for more popular representation, and circulating for popular feedback a draft of a new electoral law to push governing parties out of power. The politicians are circulating a rival electoral law draft, without any possibility for feedback, which seeks to keep the status quo intact. The massacres of protesters in late November in Najaf and Nasiriyya have had a particularly galvanizing effect, evoking mass public sympathy for the protests. On the streets, protesters seem to be in a relatively good mood, joking about the political establishment, remaining militantly opposed to the usual charade of the selection of the PM, and remaining steadfast in their commitment to their demands. The coming of the winter rains has not deterred  them from continuing to turn out, to the chagrin of the politicians.

Until now, the protesters have not elected representatives to negotiate with the politicians. Being largely young Iraqis of the post-2003 generation, they’re deeply skeptical of politics as usual, associating them with the politicians who have sold them out and robbed Iraq blind. Cognizant of the violence and reprisals that have tended to accompany sweeping changes in Iraqi history – from the overthrow of the monarchy in 1958 to the Ba‘athist coups of 1963 and 1968 and the ascent of Saddam Hussein in 1979 to the years since 2003 – the current regime digs in its heels. Iraq hangs on the threshold.

However, the third condition that Lenin maintained was crucial to the development of a revolutionary situation—that is a division within the ranks of the ruling class—has yet to develop. What will happen if and when it does is uncertain? Will the uprising eventuate in dual power? The path won’t be easy. The balance of the Arab uprisings of 2011 shows that street and square occupations, while an important part of the radicalization process among youth and the poor, were not enough to dislodge imperialism and its local clients from the region. The solidarity, conviviality, and humaneness of Baghdad’s Tahrir Square show what the Iraqi revolutionary process is building: a prefiguration of the working class leadership uniting the country’s youth, unemployed and oppressed that can go beyond the limitations of its valiant predecessors.