Is a Liberatory Pedagogy Possible? 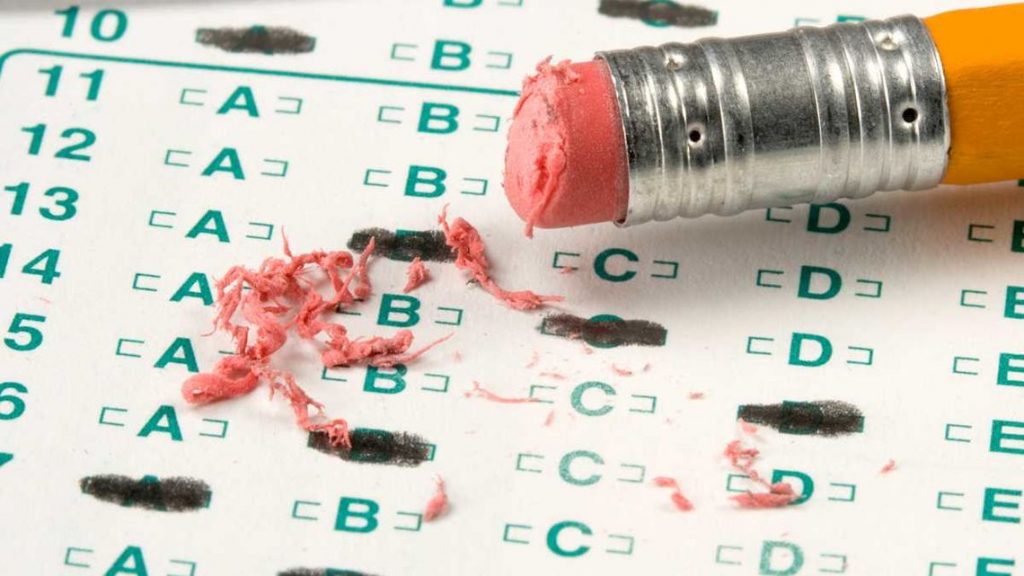 The following article originally appreared on La Izquierda Diario in Spanish.  It was written by Argentine teacher, union organizer and militant of the Party of Socialist Workers, Hernán Cortiñas.

Schools are, without a doubt, a reflection of society as a whole. The outside world’s crises, woes, and achievements do not ask permission to walk into our classrooms. Our students are the children of unemployed workers who don’t know how they will pay rent. Our students drop out in order to work or come into class half asleep from a night of childcare responsibilities.

Increasingly, students around the world are saying that enough is enough and are organizing to fight for what they deserve.

The oppressor classes want to impose an insincere “neutrality” on education. Yet this supposed imposition of an “unbiased” pedagogy clashes with day-to-day reality in overcrowded public schools with eroded infrastructure. The dilapidated buildings house underpaid teachers who are forced to watch politicians use public education as a bargaining chip. Even a cursory look at recent history demonstrates that one government after another has demanded “necessary” cuts to education to pay for the capitalist financial crisis.

It’s this day-to-day reality that forces teachers to challenge the situation. It is this reality that reveals that we cannot to be indifferent to the miseries outside our classrooms; this pushes us to take an active role in societal transformation.

So we ask, is it possible to use our roles as educators to transform society? Does assigning such a huge responsibility to teachers deny our condition as exploited workers?

Every teacher has their own list of success stories and memorable moments that fill us with pride. At the same time, our working conditions are difficult – low wages, long hours, overcrowded classrooms, and a lack of resources make the “joy” of teaching sometimes a burden. Just as our students do, there are moments when we wonder, “What is the point of this?” and “Does anything I do make a difference?”. For all the energy and effort that we put into our work, we’re overwhelmed by a thousand different problems: kids who don’t get enough to eat at home, who don’t get enough sleep, who don’t have school supplies, who are abused, who miss school to work or babysit their siblings, and countless other problems.

Appointing teachers as liberators of their students is complicated by their difficult work conditions — many take on work in more than one school just to make ends meet. This exploitation is combined with a sense of alienation; teachers have almost no say in the structure of the education system. Teachers are meant to keep their heads down and focus on their classes. We have to administer curricula that aren’t even designed by teachers, and use content and activities from textbooks formulated by publishing companies concerned with their bottom line. The state-mandated curricula is not meant to be liberatory for the teacher nor for the student. Teachers are not supposed to think about what is best for their students, much less for the education system as a whole.

It’s also important to add that the education system, as Bourdieu points out, is designed to educate students differently; there are schools for the rich and schools for the poor, and this system ends up legitimizing economic and social inequalities.

Does this mean that teachers and the education system are merely reinforcers of the existing social system?

Not at all. Students and teachers movements are political forces. They have the potential to transform society as long as they are active participants in the class struggle. Teacher and student movements must be active in defending public schools from attacks by the government and, increasingly, by private companies.

The working class won access to public education system at the beginning of the 19th century. The fact that public schools exist is a major victory for the working class — one that should be defended tooth and nail against budget cuts and against churches or businesses meddling in education. We must fight against curricular reforms that aim to implement pedagogical practices based on the interests of big business.

Yet, the expansion of public education also proletarianized the teachers who would carry out the task of teaching in public schools day in and day out.  Prior to public education, the status and relative pay of teachers of the elite was much higher than the underpaid and underappreciated teacher of today.

This contradiction is what allows for the possibility of educational practices that, in dialectic interaction with reality, question the capitalist system.

So, is it possible to develop a liberatory pedagogy within the current system?

It is often asserted that the nexus for social change should be the education system, as if it were independent from the rest of society. It is also assumed that changes in education will lead to a change in society. Many readers of Paolo Freire argue that if only we lead students through the process of conscientization, we can change or even revolutionize society.

Marx and Marxists have written extensively about the relationship between thought, State and revolution. In the words of Marx in The German Ideology, “all struggles within the State…are merely the illusory forms in which the real struggles of the different classes are fought out among one another.” He later says, “all forms and products of consciousness cannot be dissolved by mental criticism, by resolution into ‘self-consciousness’…but only by the practical overthrow of the actual social relations which gave rise to this idealistic humbug.” We cannot change society simply by changing ideas. We must overthrow the existing society, the existing state and the existing social relations.

The topic has also been taken up by Soviet pedagogues such as Lev Vygotsky, who says “Education has always had a class character, regardless of whether its apologists and apostles know it… The liberty and independence of the small, artificial world of education with respect to the larger social context is therefore, in reality, only a very relative, conditional, conventional liberty and independence, within narrow boundaries and limits.”  Even if teachers want to engage in liberatory pedagogy, they are limited by the administration, by the standardized tests and by state laws, standards and regulations.

Even Paulo Freire, who was famous for discussing liberatory pedagogy has to recognize the limits of education. He says,  “I cannot think of myself as progressive if I understand school space as something neutral, with limited or no relations to class struggle… I cannot recognize the limits of the political-educative l practice in which I am involved if I don’t know, if I am not clear about, on whose behalf I work. Clarifying the question of in whose favor I practice puts me in a position, which is related to class, in which I see against whom I practice and, necessarily, for what reason I practice because to teach is to articulate the dream itself: the type of society in whose creation I long to participate.”

Peter McLaren, known as the founder of critical pedagogy, delves into this subject, affirming that the current studies of Freire “have exaggerated his focus on transforming pedagogical practices and devalued his potential for revolutionary change outside of the classroom in broader society… these debates neatly ignore the key contradictions of history, those between work and capital.”

Yet, while schools are a place of political and ideological struggle, education on its own is insufficient for the revolutionary transformation of society. Therefore, any pedagogy, no matter how emancipatory it is, must be intimately linked to a political strategy strong enough to defeat this system of exploitation and misery. Freire’s method is divorced from a strategy of class independence and is used in a project of class conciliation, using the logic of what is “possible” within this oppressive system.

Against all skepticism, we take up the third thesis of Feuerbach in which Marx says: “The materialist doctrine concerning the changing of circumstances and upbringing forgets that circumstances are changed by men and that it is essential to educate the educator himself… The coincidence of the changing of circumstances and of human activity or self-changing can be conceived and rationally understood only as revolutionary practice.” We must take up that revolutionary practice, against all illusions that we can change society simply by changing ideas of a few students in our classrooms.

As education workers that have a revolutionary perspective, we fight for education to be at the service of the working class and the poor. We understand that this can only happen in a society governed by the working class in which the means of production are in the hands of those who produce all social wealth.

We want to fundamentally change the world, expropriating the expropriators and breaking the chains of capital. This fight can only exist through the self-organization and heightened consciousness of the working class via the construction of their own party in alliance with other oppressed sectors. Therefore, the struggle for educational transformation is one and the same with the struggle of the working class for their emancipation. We want a society in which there will be another kind of school. We fight for another kind of school on the road to winning that society.