Is the Green Party the Next Step for Socialists?

The Green Party is projected as an alternative to the Democrats and Hillary Clinton. But who do they represent, and can socialists support them? 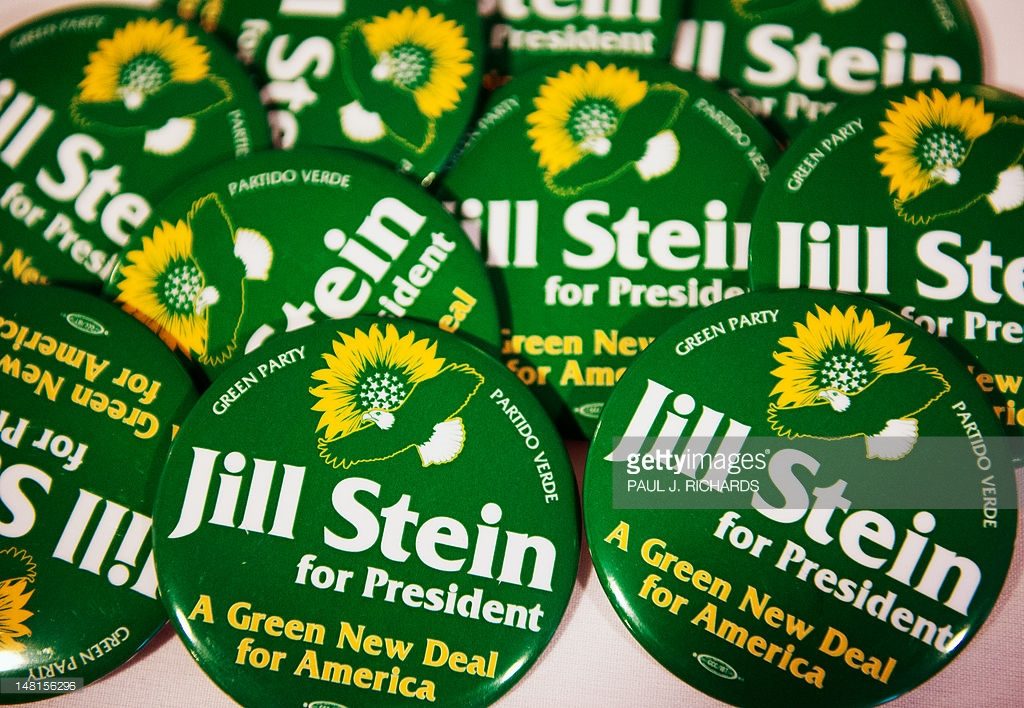 As the Bernie Sanders campaign reaches its conclusion, his supporters will look for a next step. Some socialists suggest that the Green Party and the Jill Stein campaign (Stein is the likely nominee) are a logical way forward. Most prominently, the International Socialist Organization (ISO) supports Stein “as a step toward building an alternative to the two-party system.” What should we make of this?

An alternative to the Democrats is desirable. The Democrats are one of the parties of the racist, imperialist capitalist class that rules the United States. Hillary Clinton is seen as a war hawk and supports neoliberal trade deals, which strengthens the desire for an alternative. Another Clinton presidency will be a defeat for workers around the world and their allies among the oppressed. More drone strikes and wars, more deportations, more police brutality are all inevitable.

But are the Greens a real alternative? Jill Stein made that argument difficult on June 6, when she urged California voters to support Bernie Sanders. By running as a Democrat, Sanders has lent credibility to the rotten two-party system. Now Stein’s call has thrown her claim to independence out the window. If Sanders can be elected under the Democrats, what need is there for a Green Party? If we follow this logic, it would be better to simply run in the Democratic primaries, like Sanders, instead of building a party outside of the Democrats. And it makes the general election case much harder when Stein has endorsed another party’s candidate.

This is not the first time the Greens have been in such a position. In 2004, nominee David Cobb sabotaged his own campaign by asking for votes only in “safe states.” Since US elections hinge on the votes of a handful of states such as Ohio, Florida and Virginia, many states are “safe.” New York and California will count for the Democrat, and Texas for the Republican, barring a landslide. But Cobb’s position made it clear that the Greens are hoping to influence the Democrats, not set up a new party.

Socialist Alternative’s Kshama Sawant has made a similar “safe states” argument, when calling for Sanders to run as an independent saying ““If Bernie’s only concern is that running independently could open the door to a President Trump, then why could he not at least campaign in the 40+ states where it’s generally clear the Democratic or Republican candidate will win? Even in this way, while not putting his name on the ballot in the 5-10 closely contested “swing states,” he could still run an historic campaign if linked to building a new party. It could lay the foundation for an ongoing mass political movement to run hundreds of left candidates for all levels of government, independent of corporate cash. He wouldn’t need to win this election to effect a sustained leftward shift in US politics.”

The 2008 (Green) nominee Cynthia McKinney made a joint statement with Ralph Nader, far-right Republican Ron Paul, and Chuck Baldwin (candidate of the far-right Constitution Party). This statement called for a freeze to debt and an investigation of the Federal Reserve. Despite its antiwar and civil liberties statements, on the whole it was a right-wing statement. Such left-right alliances have never proved fruitful in the past. Many on the left fell victim to McKinney’s call for a Black-led Reconstruction Party, which proved to be more a figment of the imagination than a reality.

Such twists and turns are possible because the Green Party does not stand on a class foundation. While some workers and socialists are members, the party is dominated by middle-class elements. These waver unsteadily between independence and accommodation to the Democrats. Unlike a traditional labor party, the Greens forbid affiliation by trade unions. And the party’s right wing has dominated it from its inception – the Green Party was a split from an explicitly socialist party.

The worldwide Green movement has not created much cause for optimism. The German Greens have joined the Social Democrats in austerity and pro-war governments. No Green Party has been a shortcut to independent class politics.

In 2000, the Green Party of the United States got almost 3 million votes for Ralph Nader. It was then seen as the party of a young movement protesting capitalist globalization. But Nader is a consumer advocate and utopian defender of capitalism. In fact, when Nader’s magazine employees attempted to form a union in 1984, he fired and replaced them. But socialist groups including the ISO, Socialist Alternative, and Solidarity still managed to support him.

The “safe states” strategy stems from this campaign. Al Gore lost Florida by fewer votes than Nader received in the state. Ever since, Democratic stalwarts have pilloried Nader supporters, blaming him instead of their own candidate’s poor performance for the crimes of the George W. Bush years. But in reality, neither Gore nor Nader deserved socialists’ endorsement.

Marx, Lenin and Trotsky argued that all politics is class politics. In the final analysis, every party serves a class – either the working class or the ruling class. The middle classes are narrow and vacillate between the major groups in society. The idea that a vehicle like the Green Party can be a multi-class “progressive” party is a dangerous illusion. Lacking a grounding in the working class, its shifts lead toward either defeat or a new capitalist party. If the Greens became a major force, Democrats would flood their ranks and create a “progressive” bourgeois party. If they have already made the concession as we have seen, imagine how much stronger the pressure would be if they were close to winning elections for state houses and Congress.

Previous attempts at non-class progressive or left parties have ended in failure. In 1948, former Vice President Henry Wallace ran for the Progressive Party. This was a similar cross-class alliance, backed by the Stalinist Communist Party USA. Wallace polled over a million votes, but the party withered under the blows of McCarthyism and dissolved by 1955. The Progressive Party was the last act of diverting the energy for an independent party away from the labor movement, which had failed to create a Labor Party in the 1930s and so sharply limited its gains from that decade.

Every such attempt, no matter how radical its phrases, is doomed to the same fate. It will ultimately tend toward bourgeois politics. This comes in the guise of appearing practical (the right-wing German Greens called themselves “realos”) or making otherwise impossible breakthroughs. The capitalist class is not the least bit foolish or unaware about its electoral system; its power and influence are paramount. Elections are carefully narrowed so the capitalists win either way. And make no mistake, workers and the oppressed will suffer under the left boot just as under the right.

Internationally, the United States is the “belly of the beast” of imperialism. The relationship of class forces has a particular importance when confronted with American capital. The capitalist class in this country is particularly vicious and predatory, both at home and abroad. Socialists in this country therefore have a special obligation to draw a sharp class line. It is not an accident that Socialist Alternative, which have thrown themselves into the Green Party, made an opportunist turn toward the Bernie Sanders campaign.

Perhaps the saddest thing about Jill Stein’s recent stunt is that it isn’t even original. The Party for Socialism and Liberation gave a very similar endorsement to Sanders on the eve of the New York primary when the Senator still had a shot to win. The PSL is a split from the Workers World Party, which in 1984 and 1988 supported the Democratic Party campaigns of Jesse Jackson. Both parties are running candidates in the 2016 Presidential election.

Socialist supporters of the Greens have argued that this is a tactical question aimed at “breaking” the Democratic Party and the two-party system apart. This is an illusory position, which fails to acknowledge the real class nature of the Greens. They have spent sixteen years tailing a small party and have little or nothing to show for it. And all the while, the Greens at every turn have undermined the claim to be an alternative.

Building a real alternative to the Democrats requires class independence first and foremost. Whether this means a workers’ party or some other formation is not clear. But we have to draw a clear class line in the 2016 election and reject the Green Party once and for all. Instead of dangerous half-measures like the Stein campaign, socialists should support explicitly socialist candidates. Such campaigns have no chance of winning, but neither will the Stein campaign. Far more important, at the current time, is to use the election to reach people with a genuine socialist message, which we can’t do while pushing a Green Party campaign.