Is There a New Economic Boom?

Trump says the U.S. economy is “the best it’s ever been.” The data tells a much different story. What is the true state of the economy under Trump? 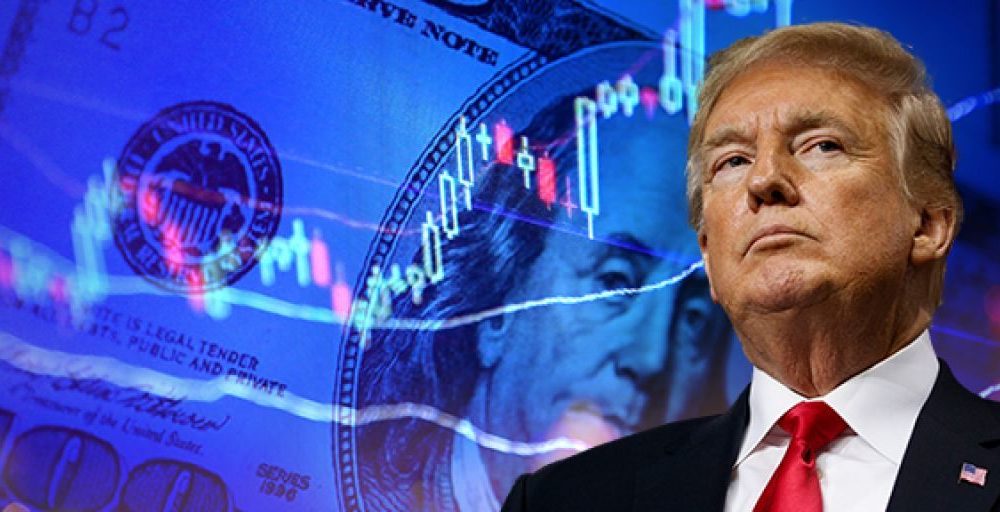 Health care costs are skyrocketing in the United States. Inequality is at levels not seen in decades. The coronavirus has sparked an international panic in the markets. But to hear President Trump tell it, America is in an unprecedented era of prosperity for all. In Trump’s version of the economic picture, which he described in his State of the Union address earlier this month, “Jobs are booming, incomes are soaring, poverty is plummeting. . . . We are advancing with unbridled optimism and lifting our citizens of every race, color, religion and creed very, very high.” According to the president, the economy is “the best it’s ever been.” In reality, however, we’re far from it.

While we have seen a moderately improved economy that increases Trump’s chances of winning in November, we are by no means facing a new “boom” in the real economy.

What’s Behind the Growth of the Economy?

The monetary easing promoted by the Federal Reserve, along with Trump’s tax reform, which favored the richest sectors of the country, has injected liquidity into the economy and allowed for the growth that followed the crisis of 2008. But, even though the United States is experiencing a record period of growth — 120 consecutive months — we are nowhere near record levels. In fact, we have not even surpassed the expansion registered from 1990 to 2001. While the economy has experienced 2 to 3 percent growth a year in the Trump era, there is an ever increasing difficulty for capital to be realized in the productive sphere. This is the completion of the circuit of capital, in which it leaves the sphere of circulation and materializes into a new labor force and means of production to generate more surplus value.

In addition to increasing the fiscal deficit and public debt, low interest rates have led to billion-dollar profits for the financial bourgeoisie. A Goldman Sachs report revealed that in 2018, several U.S. companies invested more money in repurchasing their own shares than in their own productive activity: twice as much, to be precise. That year, the figure for share buybacks (known as treasury stock) reached $1 trillion, up from $800 billion in 2007, the year before the worst financial crisis in decades.

In addition, several analysts point to the technological race between the United States and China as the sector in which both powers are aiming to settle their hegemony. Tensions with China and their effects on tariff policies increase the risks of a new recession. The danger was compounded on Monday as fears over the coronavirus and its economic fallout caused stocks to plunge by 1,000 points, or 3.6 percent.

The Limits of Protectionism

Despite Trump’s unbridled optimism, we have not seen the massive return of American capital that he promised in his 2016 campaign. The trade war with China did force American capital invested there to choose other destinations for manufacturing products; but that does not mean that they returned to the United States. Southeast Asia and Mexico, for example, remain more attractive destinations for investment particularly because of the low cost of labor. Only 6 percent of companies that are leaving China plan to return to the United States, most of them technology companies affected by the trade war. But these companies are also not considering a complete withdrawal from a country of 700 million consumers.

There Is No Blue-Collar Boom

According to Trump, 60,000 factories were lost during the previous two presidential administrations, while during his term 12,000 have been gained. But most of them are small factories with fewer than five employees. The “blue collar boom” signaled by Trump in the SOTU remains a fantasy.

According to a study by the Reshoring Initiative, only 20 percent of new jobs in the manufacturing sector come from relocation, and in turn, manufacturing accounts for a much smaller share of economic growth than services. This brings us to one of the “achievements” highlighted by Trump in the SOTU: the 6.7 million new jobs and record unemployment. The 3.6 percent unemployment figure is the lowest since 1969. The unemployment rate for African Americans and Latinos is at its lowest since the 1970s, although it has risen since September 2019. What Trump doesn’t say, of course, is that most of these new jobs are precarious and part-time, many of them at companies that don’t provide any insurance coverage or security. The proliferation of these jobs has created a large mass of discontented workers, such as the rebellious workers at Amazon or those organizing for a $15 minimum wage. The growth of the services industries has also objectively strengthened a proletariat that, where it is most organized, is involved in major strikes, such as those of teachers, professors, and nurses.

Many of the precarious jobs are held by Black and Latino people, which explains why, despite falling unemployment, Black men still earn on average 26 percent less than white men, and even less than Latinos, according to estimates. This is only one of the most glaring examples of inequality in the country. Wages have increased since 2013, but they are still not at pre-2008 levels; the biggest beneficiaries of economic growth have been the big capitalists, not the workers.

Greater Inequality Than Ever

The richest 1 percent has doubled its income in the last 30 years. Meanwhile, workers earning minimum wage have far less purchasing power than they did in 1990. The tax benefits have gone to the wealthiest sectors under Trump; as a result the working class as a whole pays more taxes today than does the top 1 percent. Both the new rich and the new poor grew in the last decade, and with 40 million people living in poverty, the United States ranks as the second-most unequal country in the world, behind only China. Added to this is the ever-worsening quality of life, with a housing crisis hitting the most vulnerable sectors. According to the National Low Income Housing Coalition, there is nowhere in the country where a person who works 40 hours a week and earns the minimum wage can pay the rent for a two-bedroom apartment. Subsidies are often unavailable to lower-income groups, the elderly, and the disabled, and Black people have a much more difficult time renting or buying a home. So who are the beneficiaries of the housing crisis? Again, it’s the wealthiest sectors of society. The mortgage interest deduction (MID) allows the rich and the real estate speculators to deduct mortgage interest from federal taxes, which have amounted to over $20 billion a year in recent years. That money goes to the pockets of the speculators when it could be used to solve the housing crisis.

Along with housing and wages, health and education also represent major factors of inequality. Although he dedicated himself to defending the United States against “socialism,” Trump had to demagogue these heartfelt demands by talking about scholarships for poor students and lowering the cost of medicine. Of course, he did this by defending the private systems, in the face of the popularity of demands like Medicare for All or the cancellation of student debt. But the truth is that these proposals are gaining support on the basis of deep inequality and the constant fear of getting sick, staying out on the streets because of inability to pay for housing, or being completely ruined by debt. The scenario is one of increased political polarization, as Trump retains a significant base of support (one that even makes his reelection possible) and Bernie Sanders’s campaign gains momentum with his victories in New Hampshire and Nevada. Both may reflect this contradictory situation: that the economy is doing well, but the big winners are the richest; meanwhile the majority have seen no significant improvements in their standard of living.

Candidates like Sanders or Elizabeth Warren have put forward proposals to finance a redistribution of wealth from higher taxes on the richest 1 percent. But these proposals do not resolve the problem of how this 1 percent is reaping trillions of dollars mainly from financial speculation, rents, and tax benefits: in a word, parasitically. Nor do they address the problem of the increasing number of workers who must work longer and longer hours to survive while there are still millions unemployed or underemployed, when working hours could be shared, reducing the workday and ensuring full employment.

A truly radical and socialist program is the task for the third party we must build, a working-class party that has a strategy to win. This program needs to include the expropriation of the big capitalists, the distribution of working hours between the employed and the unemployed, and the expropriation of private banks to create a single national bank controlled by the workers. It could solve the housing problem through public works plans and accessible credit for working families instead of benefiting real estate speculators. It could end the military intervention of U.S. troops in foreign territory and the plundering of semicolonial countries through foreign debt. A socialist program’s objective is planning the economy for the majority, through democratic control and participation of the workers. Without an independent, working-class, and internationalist political organization that fights for this, it is not possible to confront the resistance of the capitalists or the systematic destruction of the planet, to which they are leading us.