On Christmas, the Israeli Defense Force bombed the Gaza Strip. 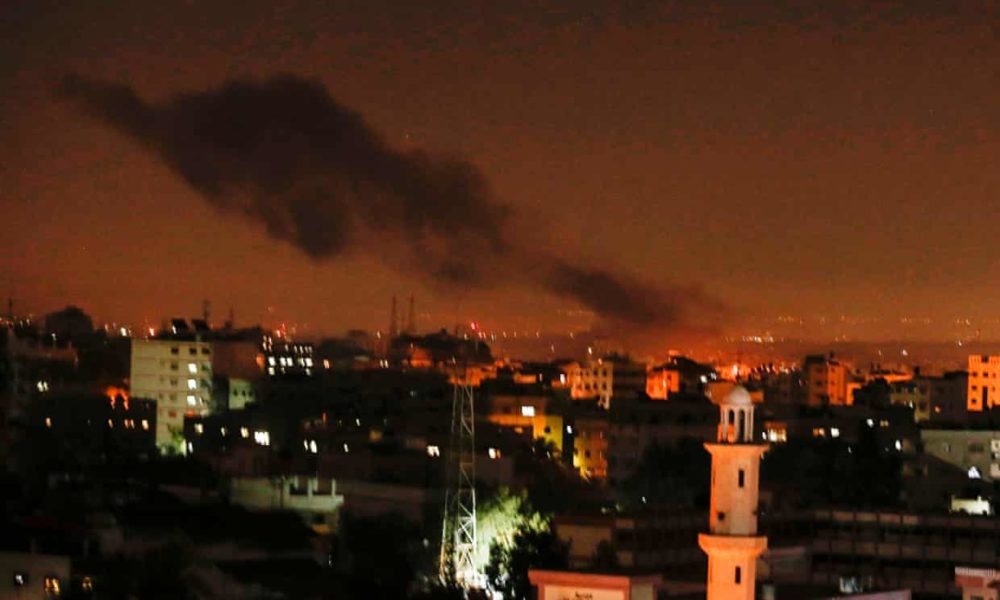 On Friday, while much of the world celebrated Christmas, Israeli bombs lit the skies over the Gaza Strip. The Israeli Defense Force (IDF) attacked Hamas targets in Gaza after intercepting two rockets fired into southern Israel. The bombing of Gaza — an already increasingly unlivable area due to years of blockades and Israeli aggression —  comes amid a new political crisis in Israel.

Christmas in Gaza is different from the rest of the World .🎄🚀💣 #GazaUnderAttack#Gaza ✌ #Palestine 🇵🇸 #Christmas
🕊 #FreePalestine 🕊 pic.twitter.com/CihtntfKWA

Israeli army planes hit a Hamas military post, a factory that produces rockets, and subway infrastructure in retaliation for the two intercepted rockets in southern Israel earlier in the night. There were no reported casualties or injuries as a result of the rocketfire. The State of Israel pointed the blame at Hamas, though no group has yet claimed responsibility.

In response to the rockets fired from Gaza toward Israel tonight, the Israeli Air Force struck Hamas terror targets including:
🎯A rocket manufacturing site
🎯Underground infrastructure
🎯A military post

Hamas will bear the consequences for all terror emanating from Gaza.

However, on social media, Palestinians posted images that showed civilian facilities were hit.

These attacks on the Gaza Strip come in the midst of alleged indirect negotiations between Israel and Hamas on a prisoner exchange agreement and on allowing humanitarian aid into the impoverished coastal enclave. Israel is also entering a new political crisis, heading towards its fourth presidential election in just two years. It would not be surprising if the crisis is resolved via renewed conflict with Palestine.

The State of Israel does not give any respite to the Palestinian people who have been fighting for their self-determination against aggression — not even on Christmas day.

First Published in Spanish on December 26 in La Izquierda Diario.