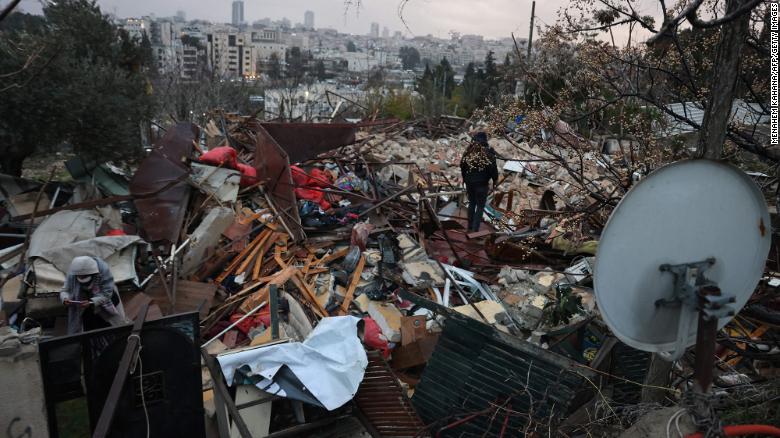 The year 2022 has started no differently for the Palestinian people than every year since the apartheid state of Israel was established. Every day, we learn of another kid killed, another protest repressed, new arrests of political prisoners, and more families evicted and their homes demolished.

On Tuesday, Israeli forces demolished the home of the Karama family in Jerusalem’s At-Tur neighborhood. The Israeli soldiers also physically assaulted the family. Last week, on January 19, the Salhiya family saw their home in the Sheikh Jarrah neighborhood bulldozed by Israeli forces. The situation is so dire that Palestinians are pushed to desperate measures; just days earlier, Mahmoud Salhiya had climbed to the rooftop of their home and threatened to burn himself with gasoline.

These two recent cases are just a small representation of what happens every day in Palestine, as families resist evictions.

Many in the international community have only just begun to realize the need for solidarity with Palestine. Last year, there were mass mobilizations in solidarity against the Zionist siege of Sheihk Jarrah. While the protests are dying down, Israel’s attempts to expand its territory are not.

The United States continues to back Israel. President Biden is a long-time champion of Zionism and imperialism, and Israel is the most reliable ally of U.S. imperialist interests in the Middle East. In his first year as president, Biden provided Israel with $735 million worth of arms — a sale that took place right around the height of the mobilizations against Israel’s attacks on Sheikh Jarrah. Last September, the Biden administration provided $1 billion to fund Israel’s Iron Dome air defense system.

In response to the most recent demolitions, actions were called in several cities, including in New York and Washington, where several activists were arrested outside the Israeli Embassy.

It’s time to take to the streets again in solidarity with Palestine. We need to build solidarity between the movement to Free Palestine and organizations of the working class, like labor unions. Backing Israel serves U.S. capital’s imperialist interests; the U.S. working class has immense power to oppose that support. Until that power is wielded, the violent advance of Israel on occupied Palestine will continue.