A new law declares Israel to be the Jewish “nation-state” and defines sovereignty and democratic self-rule as belonging solely to the Jewish people, giving legal status to the active policy of discrimination and segregation that has been going on since the establishment of Israel. 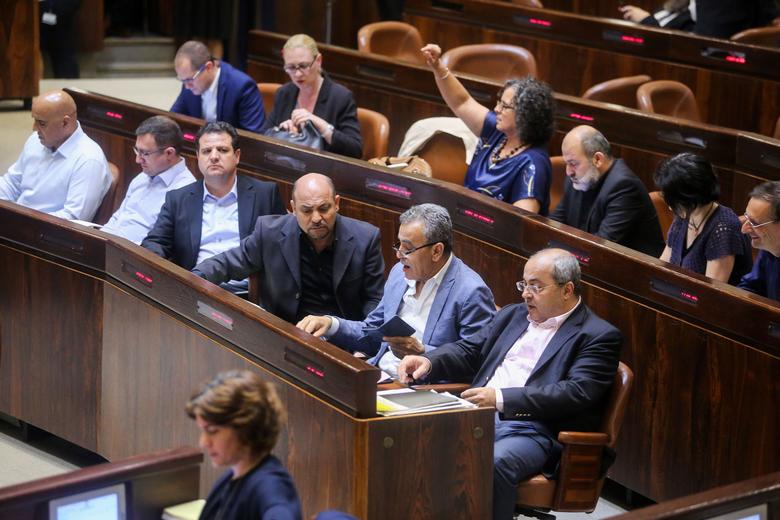 This Thursday, in one of the most infamous moves of the past few years, the Knesset (Israeli parliament) passed a law declaring that “Israel is the historic homeland of the Jewish people and they have an exclusive right to national self-determination in it [emphasis added],” effectively establishing an apartheid-like regime. The law also says Hebrew is the official language of the state, giving Arabic a “special status”, effectively downgrading it to a second class language.

The state of Israel, established on Palestinian land, has consolidated its power on the back of ethnic cleansing. Now, everything that Palestinians have suffered throughout their lives — the checkpoint harassment, the inferior public services and education, the incarceration — all this has a new legal status. As declared by the general director of Adalah, the Legal Center for Arab Minority Rights in Israel: “By defining sovereignty and democratic self-rule as belonging solely to the Jewish people — wherever they live around the world — Israel has made discrimination a constitutional value and has professed its commitment to favouring Jewish supremacy as the bedrock of institutions.”

Likud, Benjamin Netanyahu’s party, has been pressing to have an even more hawkish and right-wing regime, and has given more power to the ultra-orthodox wing of Judaism. This is in part due to the unprecedented support that Netanyahu has been receiving from the U.S. since Trump took the Oval Office. It’s not a coincidence that the new law states that an undivided Jerusalem is the capital of Israel, seven months after Trump started a new fire in the Middle East by recognising this city as the capital. After the law was enacted, Prime Minister Netanyahu declared that “this is a defining moment in the annals of Zionism and the annals of the state of Israel.”

This new law also establishes “the development of Jewish settlement as a national value” and promises “to encourage and promote its establishment and consolidation.” In light of the governmet’s pushes for the annexation of parts of the West Bank this could be signaling a shift towards a more agressive occupation policy. This Friday, Israeli army launched a new military offensive against the Gaza Strip that killed at least four people and wounded more than 120. It also destroyed dozens of buildings and parts of the infrastructure.

As one would expect, the EU has not fully condemned the move, but has only declared that the new law could harm the prospects of a two-state solution. “We’ve been very clear when it comes to the two-state solution. We believe it is the only way forward, and any step that would further complicate or prevent this solution of becoming a reality should be avoided,” said a spokeswoman for Federica Mogherini, the EU Representative for Foreign Affairs and Security Policy.

Arab Israelis were more firm in their condemnation of the new law. Hassan Jabareen, general director of Adalah stated that “The Jewish nation-state law features key elements of apartheid, which is not only immoral but also absolutely prohibited under international law.”

Knesset member Ayman Odeh, head of the Joint List (a coalition of predominantly Arab parties) declared that the Knesset “has passed a law of Jewish supremacy and told us that we will always be second-class citizens”.

An even more emphatic reaction by the Palestinian people is to be expected, as they have a tradition of resistance against the oppression of the Zionist state of Israel. The end of this conflict can only come from this resistance and the independent mobilization of the Palestinian people and the working class; it will not be accomplished by the two-state “solution” proposed by international imperialists but by one united Palestine.