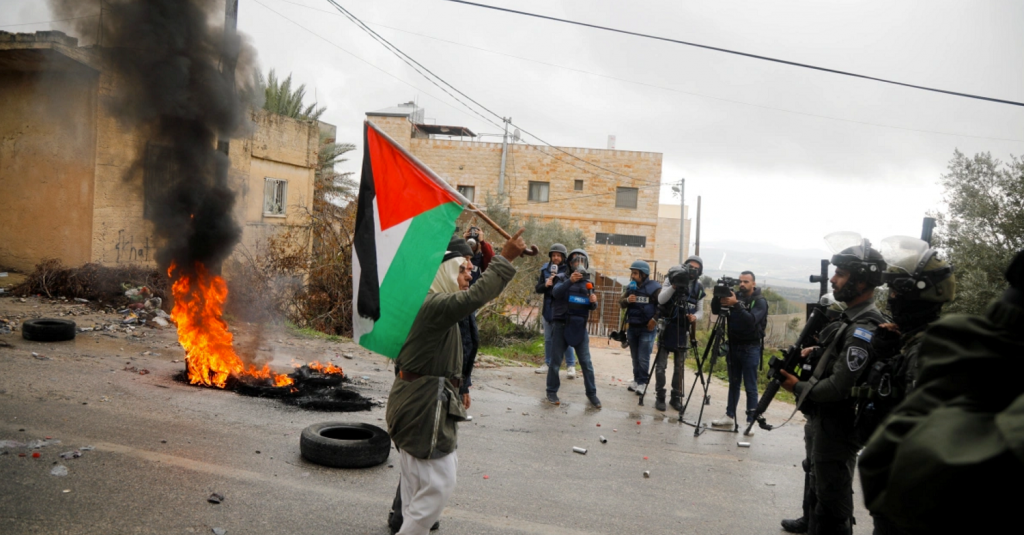 The village of Burqa, in the occupied West Bank of Palestine, saw several days of clashes last week when hundreds of Israeli settlers from the illegal Homesh outpost near the town attacked the village. According to the Nablus Municipal authorities on Thursday, December 23, dozens of these settlers attempted to enter individual homes. That same day, thousands of Israelis gathered near Homesh to commemorate the death of settler Yehuda Dimentman, who was killed in a car attack, and to demand the legalization of the settlement.

These actions provoked local Palestinians to anger, and the Israeli army violently repressed their legitimate revolt. On Thursday night into Friday morning, the Israeli Defense Forces (IDF) attacked Burqa, injuring as many as 130 Palestinians. In response to a new colonialist offensive by the Zionist army, a call was issued from a mosque in the village of Sebastia, northwest of the Nablus area, to form a front to resist the attacks. Several dozen Palestinians came from Jenin and other nearby towns in response to support the inhabitants of Burqa and organize to resist the IDF violence. Using makeshift shields against the soldiers’ fire, the Palestinians led a counteroffensive to try to push back the Zionist army.

The Palestine Red Crescent Society (PRCS) told the Palestinian News and Information Agency (WAFA) that dozens of Palestinians, including a journalist, were injured after being hit by flashballs, while twice as many suffered the effects of tear gas fired by the Israeli army. Israeli soldiers also hit two ambulances with stun grenades and tear gas canisters.

The following night, according to the Times of Israel, as the uprising and repression continued near Homesh, the IDF opened fire, injuring seven Palestinian protesters with live ammunition and another 35 with rubber bullets. The Palestinian Authority Ministry of Health reported that a 17-year-old Palestinian teenager was seriously injured.

When activists began the hashtag #SaveBurqa on social media to publicize the Israeli army violence, hundreds of messages of solidarity poured in, along with denunciations of Israeli’s colonialist policies.

Today, 600,000 to 750,000 Israeli settlers are living in at least 250 illegal settlements in the occupied West Bank and East Jerusalem. This new wave of repression comes at the end of a year of heightened tensions that have included the killing of several hundred Palestinians, who face daily attacks and bombings by the Zionist army. Conflicts have increased tenfold in the area since two Palestinian gunmen opened fire on settler Yehuda Dimentman as he drove in his car on December 16.

The year has also been marked by major mobilizations after the offensive against Sheikh Jarrah — a movement that launched a unification from below of Palestinians, “bringing together West Bankers, Gazans, and — somewhat unprecedented — even Palestinians from refugee camps in Lebanon and Jordan as well as those from the ‘occupied territories’ of 1948 and 1967.” That dynamic holds out immense hope for the future of the Palestinian struggle, with which solidarity must be as broad as possible.

First published in French on December 28 in Révolution Permanente.