As of October 15, the vaccine passport — known as the Green Pass — will be mandatory for all workers in Italy. It aims to put the pandemic crisis on the backs of the working class. Let’s fight for a solution to the crisis that stands on the side of the exploited!
Share on facebook
Share on twitter
Share on email
Share Tweet Pin Mail SMS

The Decree Law of August 6 approved by the Italian parliament, which introduced the adoption of the “Green Pass,” has been updated with a new decree. It was unanimously approved by the Council of Ministers and heads to parliament, where a substantial majority will likely vote in favor. This makes Italy the first Western country to require all workers — 23 million people — to have vaccine passports to access their workplaces. There are exemptions only for the minority who are still working remotely. In effect, a semi-mandatory vaccine has been introduced in Italy. That is the main measure in the new decree, which will go into effect on October 15 and last until December 31, when the government’s second “state of emergency” is slated to expire.

What does the decree actually provide for? Here are the main points in brief:

According to General Francesco Figliuolo, Italy’s Extraordinary Commissioner for the Coronavirus Emergency, the objective of these measures is to achieve “herd immunity” to contain the spread of the virus. Specifically, the ultimate aim is for 44 million people — some 81.7 percent of Italy’s population — to be vaccinated. As of September 17, 68.6 percent of the population had been inoculated. According to government data, nearly 14 million workers already have a Green Pass; those who do not include the group with the lowest rate of vaccination in the population, people 50 to 59 years of age. It is within this age group that the most open opposition to vaccination has proliferated, mostly due to fears over side effects and a belief that the vaccines are largely ineffective — a position that data refute point by point, but that has not become a big enough part of the public discourse.

On top of that, the situation is exacerbated by shades of a “clash of civilizations” between “pro-vaxxers” and “anti-vaxxers.” It all gets mixed into the same cauldron with the views of the most blatant reactionaries — “Trump’s people,” who are mostly owners of small- and medium-size businesses — and segments of the most impoverished, whose distrust of institutions comes out in a form of individual populism. Then there are those people who remain doubtful, often because they are in good health and have not been directly hit by the virus, but who nonetheless were vaccinated sometime between August and now.

Thus, a clear minority of anti-vaxxers with indefensible positions have been presented instead as a huge mass of enemies of the people. The failure of demonstrations “against the dictatorship” of vaccines to snowball — in fact, they’ve already abated — completely belies this rhetoric.

The Green Pass Is Part of the “Bosses’ Cure”

Robert Speranza, minister of health (from the Italian Left political party), announced the decree with the slogan: “Make workplaces safer and the vaccination campaign stronger.” Of course, we agree with the abstract concept of “safe” jobs (in which, nevertheless, more than three workers, on average, die each day in Italy of non-Covid-19 causes, with the government never taking “strong measures”) and with the need to get as many people vaccinated as possible.

These two decrees, though, are really just a continuation of the “Confindustria cure” through other means. Confindustria is the Italian employer confederation and national chamber of commerce.

The logic that led the government, its parties, and the media apparatus that supports them to reduce the solution to the pandemic to a mere vaccination campaign is the same logic behind the nearly complete reopening during the first quarantine in 2020. The point was not then, and it is not now, to use all the tools technically possible to address the roots of the Covid-19 pandemic, but instead to ensure continued profit for the bosses. Last year, everything had to reopen without fail — even if there was nothing “essential” about it. “If someone dies, have patience,” we were admonished by one Confindustria executive. If the elderly continued to die, that was acceptable, because they are “unproductive” — so wrote the social media manager for the director of the tote bag company Liguria Giovanni Tote on his Twitter profile.

Quarantine in cramped homes, falling incomes and massive job losses, the daily risk of infection in unsafe workplaces and overcrowded public transit, the real (and often lethal) possibility of not having access to healthcare facilities or medical personnel whether infected with Covid-19 or for some “normal” malady — such has been the daily life for tens of millions of working-class and impoverished people in Italy.

None of this has ever been the problem of the capitalists, the rich, or the privileged who sit in parliament and who have no serious reason either to oppose the “profits first” line or to challenge the authoritarian measures put forth by the Conte and Draghi governments repeatedly for almost two years to manage the pandemic crisis.

It is in the light of this class conflict that the “heavy” adoption of the Green Pass in Italy must be seen. It is a tool that can be used, with a certain political will, to push the crisis largely onto the backs of the working class, to continue to fail to provide the needed increases in funding for public health, and to avoid having to adopt more comprehensive and structural health measures even before vaccines became available. If this underlying political context is ignored, the debate — on the Left, in the working class, and among the social movements — will continue to unfold basically from the scripts prepared by Big Pharma, the capitalists, and their governments. These scripts focus on individual measures such as the Green Pass in absolute terms, divorcing them from the general political context. In doing so, they focus the fight against the pandemic on a country-by-country basis in a climate of “national unity” that governments have managed to impose to a degree, at least for a while, everywhere in the world.

The Class Nature of Green Pass: A Product of Perverse Crisis Management

All of this calls into question the structural situation of healthcare in Italy and globally after decades of cuts and privatization. It raises the need to address the pandemic globally, something that competition between states and pharmaceutical oligopolies prevents — thus negating much of the potential effectiveness of the fight against the pandemic.

This is why there have been so few measures to strengthen hospitals and other care facilities, and at the same time little done to challenge the current ways in which vaccines are produced and distributed. This has resulted in appalling profits for a handful of private pharmaceutical giants that hold patents on vaccines (which, it should be noted, were largely developed with public funds), a disproportionate and shameful hoarding of vaccines by a handful of richer countries, and a devastating delay in the global vaccination campaign in the less-developed countries, compared to Western Europe — especially in Africa, where the campaign has been almost nonexistent.

The logic behind these different phases and elements of the management of the pandemic crisis, we repeat, is ultimately the same: the priority is the economic recovery, understood as the ability of capitalists to make profits. The guarantee of a fixed income, of a job, of the possibility of vaccination for the poor population is not part of the logic, and no need for it is recognized. If a few million people have to die, so be it.

The priority has never been to defeat the pandemic in the shortest possible time, employing every health, technical, and economic means possible.

This is what the bosses and their governments defend in Italy and globally, relying on the rhetoric of individual responsibility — but only for the subjugated classes. The bosses who have willfully made their employees work, get sick, and die in unsafe conditions have gotten away with it. The mainstream media certainly don’t paint them as public enemies.

Nor has adopting the Green Pass been something done as a matter of “principle.” There’s no “war between nations” over the different policies adopted by the European Union countries when it comes to using the Green Pass for activities and movement within national borders. Countries that are at roughly the same points in their vaccination campaigns are adopting different measures: depending on the different combinations that comprise the governments and on what their ruling classes need, they have adopted various “technical” measures. Using vaccine passports at the same level as Italy’s Green Pass is found in very few countries — mostly in Macron’s France (he is one of the most repressive and anti-worker presidents in the history of the French Republic) and Mitsotakis’s Greece (where he heads a right-wing coalition). This should generate at least some doubt on the Left, instead of the largely uncritical defense of the Green Pass, especially given the obvious contradictions. For instance, you are required to have a Green Pass to ride the high-speed trains, which are typically much safer because of the ventilation filters installed, but there is a complete lack of controls on (and adequate upgrades to) the local and regional transit — the ordinary trains for workers and impoverished people.

Given the class dynamics that lie behind the management of the pandemic and individual measures such as the Green Pass, it is clear that a solution — a program from our side, the side of workers, the exploited, and the oppressed — can be promoted and driven only by the workers’ movement and emancipation movements themselves, and not by the government parties or by “libertarian” populist sectors that are more or less headed by reactionary parties, which buy into the same logic of a struggle among individuals and of “free choice,” beyond any social or class context and consideration.

Precisely because the fight against Covid-19 is also a class issue, the responsibility of the major trade union leaders — who have held back the potential expansion of united working-class mobilizations against the “Confindustria cure” — is even more serious. The pressure from and struggles of those sectors already active must be redoubled so that the entire structure of the major trade unions and social movements take a stand and fight against all the repressive measures related to the pandemic crisis. The starting point must be a spirit of human and international class solidarity: If we must ourselves ensure that we come out alive from the ongoing wave of mass layoffs, we must also take an interest in the goal of spreading vaccines and effective health policies throughout the world.

Fight for Our Own Solution to the Pandemic, Mobilizing Around a Common Program of Struggle!

The Revolutionary Internationalist Fraction calls for the following: 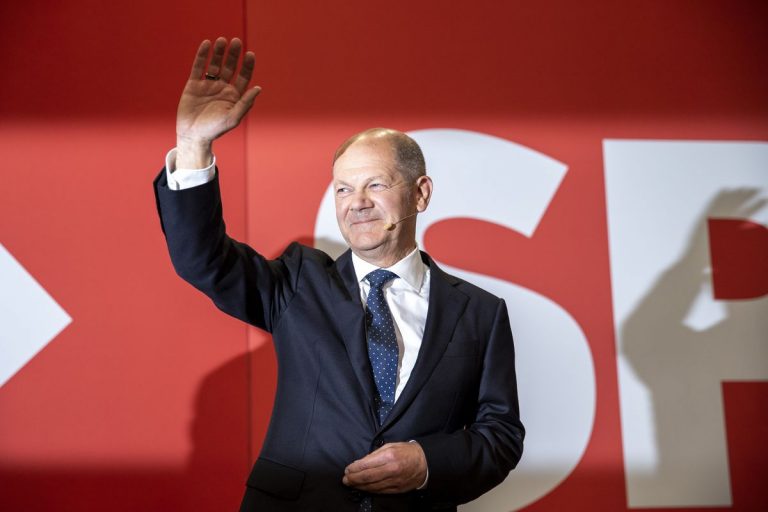 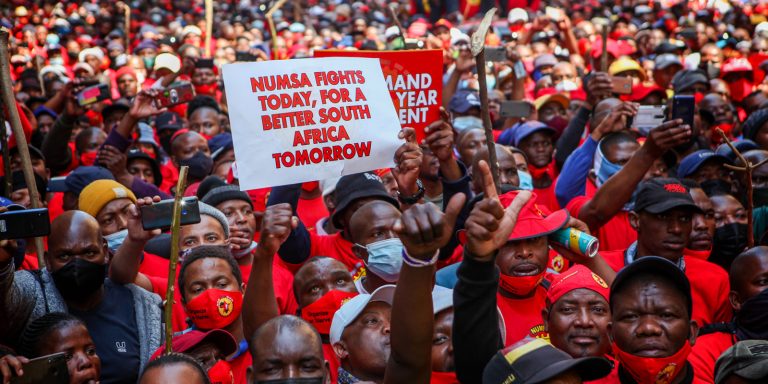 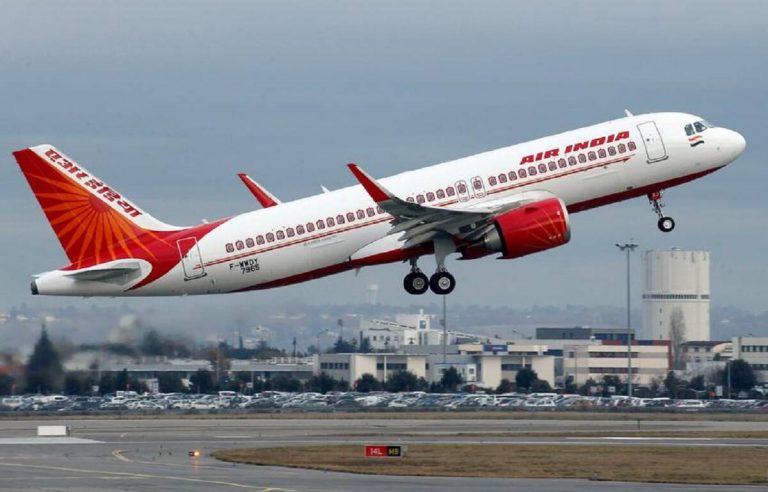 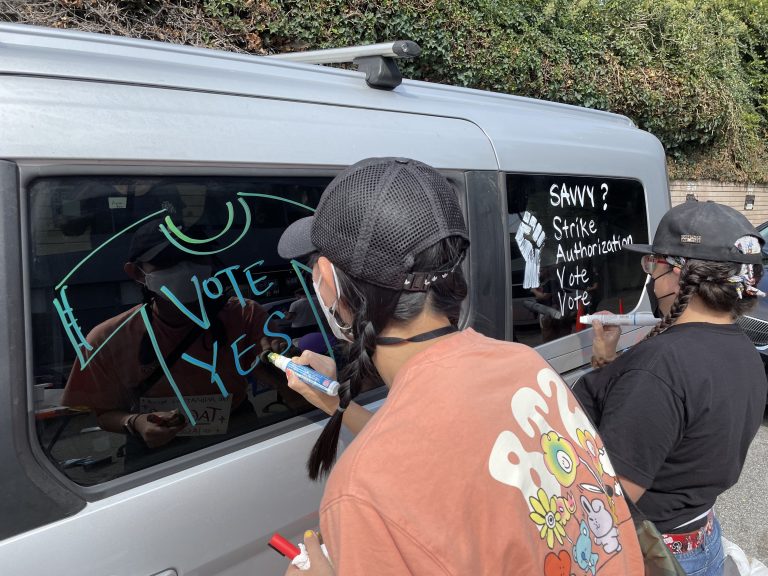