‘It’s an Attack against All Workers’: Fired Amazon Union Organizer Speaks Out

An Amazon worker and union organizer speaks out against his wrongful termination and the need for working people everywhere to organize. 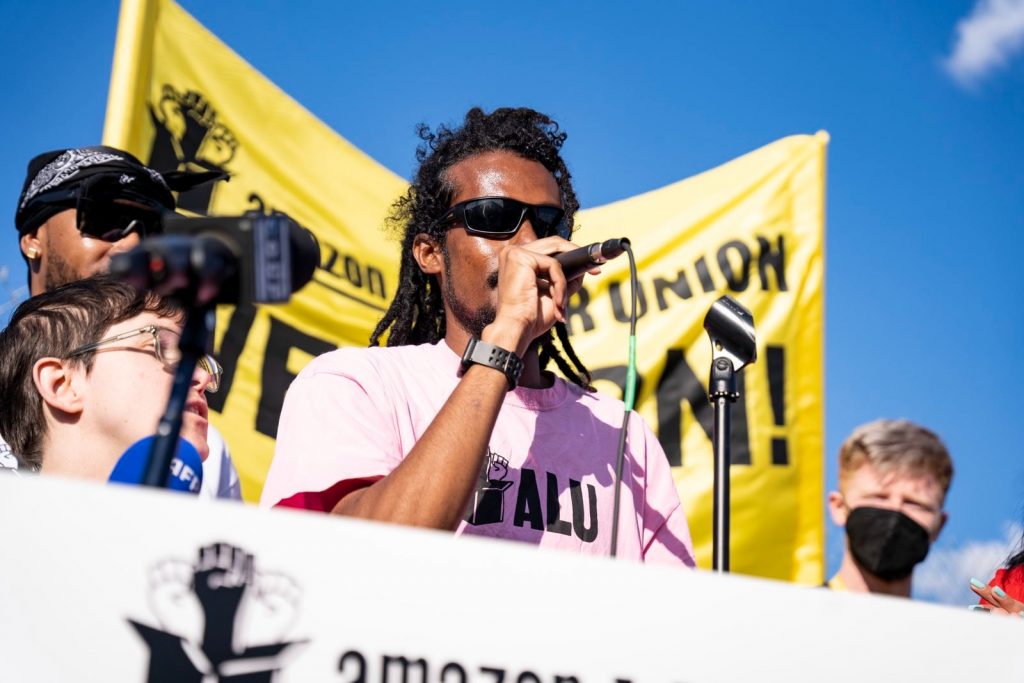 I am Tristan Lion and I have been organizing at Amazon for a union for about a year. I’ve been organizing to fight for job security, better pay, better breaks, and overall to make Amazon a job where  people would like to stay. I was just recently fired because I took up this fight together with hundreds of my coworkers.

The workers at JFK8 were able to win the first union at an Amazon facility in the country. That victory not only helped me and my coworkers become a more organized force to fight for what we want at the job; it also showed workers around the country that they could win unions for themselves. This win for the workers has clearly been a nightmare for people like Jeff Bezos who profit off exploiting the workforce, just as we are exploited at our facility in Staten Island. Don’t forget: because of our work, Amazon made $33 billion in 2021.

The day Amazon fired me, they had me work almost the whole day then sent me home, telling me not to return. Even when targeting me, they made sure to get every last bit of work out of me that they could.

Ever since we won the union at our facility, Amazon has gone on the offensive against union organizing. We just saw this with the intense union busting campaign at the LDJ5 facility.

We also saw this with the case of Mat, an organizer at the DYY6 in Staten Island who was also fired. The National Labor Relations Board determined recently that Amazon’s anti-union meetings were totally illegal. These firings aren’t about whatever bull their PR team comes up with; they fired us because we were fighting for a union and because Bezos is scared of workers organizing for their rights.

My firing is not only an attack against the ALU. It’s an attack against all workers who are organizing unions everywhere. We see this with Starbucks where organizers are also being fired. Amazon doesn’t even want to recognize the union at JFK8. We cannot let the bosses do what they want and terminate us for trying to improve our working conditions. We cannot let them isolate us and pick us off one by one in the shadows. This fight must be made for all workers who are fighting for unions. They fight alongside me and my union family at the ALU.

No more retaliation against union organizers!