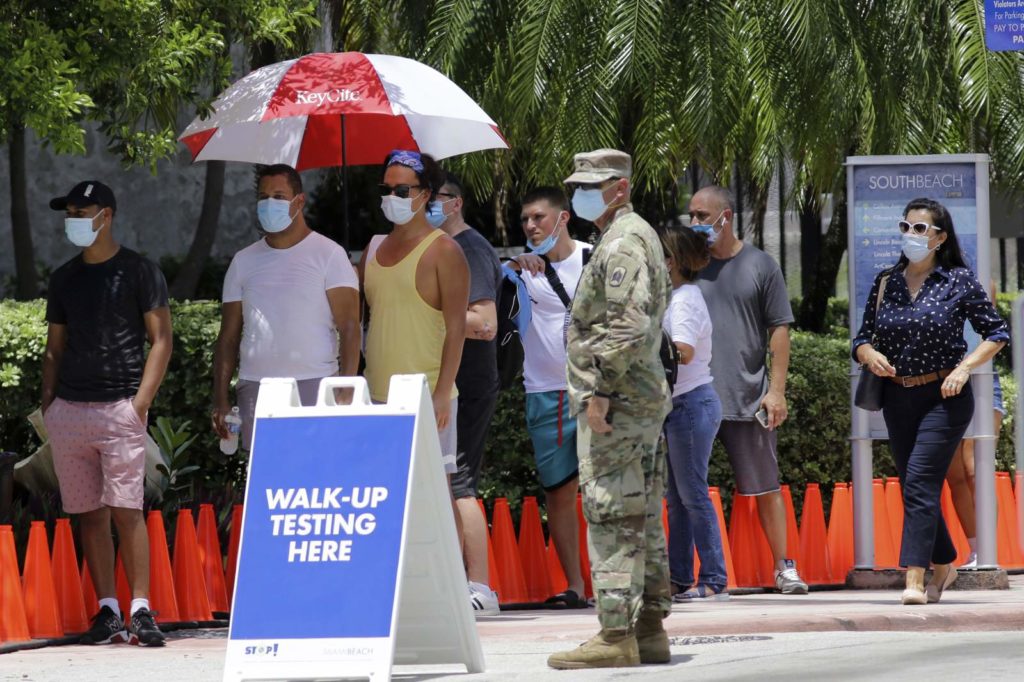 In recent weeks, Florida has become the state with the second-highest number of Covid-19 cases, with record daily increases. Why do you think Florida has seen such a surge in cases?

Despite the propaganda claims from the state and federal government, Florida’s surge in cases is not simply a symptom of more widespread testing, but is a symptom of failed governance. Florida, like every state in this country, has a heavily fragmented system of care where coordination has been relegated to municipal and local government – which in practice means handing off all matters of testing and inpatient care to the horribly inefficient and profit-lusting private sector. We have 1/65th the population of China and yet we have more deaths and more active cases.

I can’t think of a better example of our terrible situation than the outbreak in Immokalee, Florida, where migrant farmworkers have more or less been abandoned by the state, are getting ravaged by the pandemic, and the care coordination has reached levels that are so monstrously bad and inadequate, even Doctors Without Borders is on the ground.

How have state officials responded to the growing number of cases?

In April, Governor Ron DeSantis declared victory by claiming Florida “flattened the curve” and was on its way to re-opening the economy. Now, in response to surges that, for a while, numbered 10,000 cases or more a day, DeSantis continues to endorse what’s been the equivalent of not responding at all and ignoring the problem even exists. None of this is shocking knowing Ron DeSantis, however, because his number one concern has and always will be the wealth of the rich and the growth of our market economy.

In other words, Ron DeSantis is in the business of killing people and business is good.

What are healthcare workers up against as cases are on the rise in Florida? What are you seeing in your workplace? How have government officials, hospital executives, union leaderships, etc. responded to these working conditions?

For one, Florida healthcare workers continue to be in a life or death situation, risking their lives every day they show up to work. Secondly, outside of isolated examples like healthcare workers at the VA [Veterans Affairs medical centers], hazard pay is more or less non-existent, and employers are more often than not using the current climate as leverage over their employees, even going so far as to threaten layoffs if workers don’t give up previously negotiated pay increases, which the HCA [Hospital Corporation of America] specifically has been guilty of. This is pretty outrageous considering HCA has reported higher second-quarter earnings.

Regarding where I work: I work in inpatient psychiatry, and my psych hospital was more or less completely caught off guard by the surge. The facility has had since February to come up with a protocol for isolating patients who either had symptoms or tested positive, yet protocol wasn’t established until this became a very real problem starting in June. Many employees and patients unnecessarily got COVID as a result of this lack of preventative planning. Cloth masks were provided somewhat early on, but N95s and face shields weren’t given out en masse until the cat was already out of the bag, and protocol for isolating COVID positive patients was put together in a rush. Also, it appears the state government hasn’t prioritized inpatient psychiatry for rapid testing, which has created a horrible environment of uncertainty that isn’t just a problem at my hospital.

What has been the response from other workers? How do you wish things could be done differently?

In my experience, workers want to continue to help patients through this pandemic, yet often feel scared and powerless to do so as a result of the incompetence and callousness of their bosses. Unfortunately, due to the tyranny of working in a non-unionized, at will and right to work state, organizing pushes to combat toxic work environments are few and far between. NNU [National Nurses United] has been involved in some protests, but beyond that I haven’t seen much, both locally and statewide.

Locally, I wish healthcare workers organized against management and demanded safe work environments, dignified pay, and a central role in decision-making when it came to pandemic protocol. State-wide, I wish public testing for all was prioritized and the non-essential economy had shut down the moment cases began to surge out of control. Federally, I wish our government agreed with the spirit of the Healthcare Emergency Guarantee Act, and empowered Medicare to freely cover all out of pocket healthcare costs for the duration of the pandemic. I also wish all private hospitals were nationalized like they were in Spain, and the Defense of Production act was utilized to build as much PPE, testing kits, and equipment as necessary.

And of course, ultimately, I wish all the healthcare workers nationally organized to the best of their ability against the oppressive managerial class, because in the long-run that’s the only way we’ll begin to have decision-making power in our workplaces; power we rightfully deserve. I worry things will only continue to get worse, pandemic or not, so this has to start today. With no future left to lose, it’s now or never.

*The interviewee requested to remain unnamed. 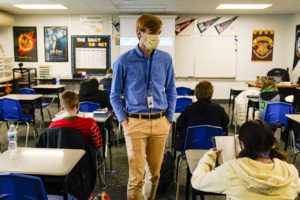 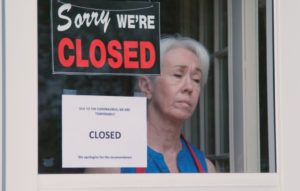 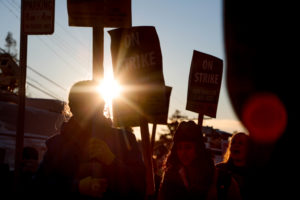 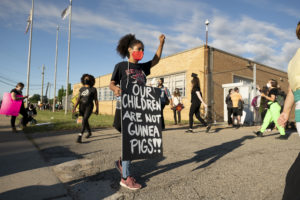