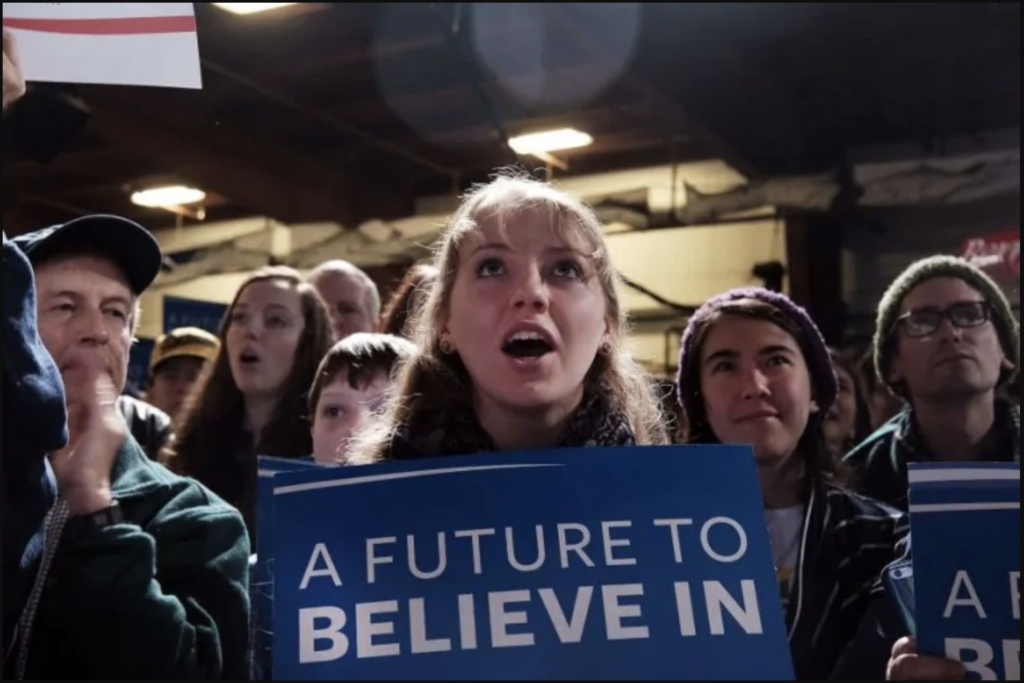 As I write these lines, the full results from the Iowa caucuses are not yet available, some 16 hours after the last caucus voted. The Iowa Democratic Party (IDP) explained that the delay was due to a “quality control,” and later they pointed to issues with the app used (for the first time this year) to relay the results. The App’s developer is Shadow Inc., a company that, according to several sources, received tens of thousands of dollars from  the Pete Buttigieg campaign in July 2019 for “software rights and subscriptions.” The executive leadership of Shadow Inc, in turn, was found to be packed with veterans of the Hillary Clinton 2016 campaign.

This is not the first irregularity in these primaries. Only a few days ago, the Des Moines Register/CNN/Selzer & Co poll — allegedly, the “gold standard” for Iowa caucus forecasts–was suspiciously killed before reaching the public domain, ostensibly because one respondent raised an issue with the way the survey was administered. It was later reported that the poll showed Sanders leading and Biden in fourth place.

A few days ago, the DNC eliminated the individual donor requirement in order to allow Michael Bloomberg to participate in the next Democratic debate. The billionaire and former mayor of New York City is running a completely self-funded campaign, literally buying his way into the Democratic primaries. Bloomberg and Tom Steyer (another billionaire that decided to run for the Democratic nomination) have been among the top 5 Democratic donors for the past 3 elections. This unwarranted and inexplicable roll-back of rules to qualify for the debate is  proof that billionaires like Bllomberg and Steyer can use their money to directly influence the outcome of party decisions. There can hardly be a better example of how big capital rules the Democratic Party.

A glimpse of what’s to come

The irregularities and conflicts of interest in the Iowa caucuses are only a glimpse of what we can expect of the rest of the primaries. Bernie Sanders has undoubtedly become a strong candidate for the nomination (maybe the strongest one, at this point), and the party establishment is trying to block his victory in the primaries. The problem is that there is not one moderate candidate that can consolidate all the support from big party donors. The lackluster performance of the once party favorite, Joe Biden, has pushed big donors themselves, such as Steyer and Bloomberg, to jump into the electoral arena.

It might not be enough, then, for the party establishment to throw their support (financial and logistical) to the best moderate contender (be it Biden, Buttigieg, or an increasingly moderate Warren). Although presented as a technical glitch, there are strong signs that suggest that the scandal in Iowa might be yet another maneuver by the DNC to make sure Sanders does not win. Of course, this is not new.

You may be interested in: Iowa Caucus: The Prologue to a Dirty Election?

In 2016, the DNC went to great lengths to give the nomination to Hillary Clinton–from providing her with debate questions beforehand, to using the trump card of superdelegates to squash the hope of a Sanders nomination. When Sanders lost the primaries, however, instead of denouncing the rigged character of the selection process and the nefarious role of the party leadership, he closed ranks behind Clinton calling on his supporters to rally behind her, shoring up the legitimacy of the Democratic Party. Already, Sanders has indicated that he will do the same this year: he will back the Democratic Party nominee, regardless of who that is.

When will the Left learn?

There is a long history of initiatives to “use” the Democratic Party for a progressive social transformation. From Upton Sinclair’s End Poverty in California campaign, to the CP’s support of FDR during the Popular Front period, to Jesse Jackson’s Rainbow coalition in the 1980s, the history of the left in the US is punctuated with failed attempts to transform the Democratic Party into a tool for working-class people. It has never happened, and it will never happen. The resurgent socialist left in the US today, hegemonized by the DSA, is nevertheless stubbornly fixated in the idea of working within the Democratic Party with the hope of getting Bernie Sanders elected into the White House.

There is little hope that, if faced with similar irregularities in Iowa and beyond, Bernie Sanders will come out to denounce the Democratic Party establishment. From 2016 on, Sanders has only become more integrated into the party, pushing reforms to the primary process, and this round again, pledging to support any candidate who ends up being the nominee. This pragmatic attitude of pushing the line towards more progressive politics, but compromising with establishment Democrats when he deems necessary has marked his political career in Vermont and in the Senate. It would be foolish to expect anything different.

Even in the hypothetical case that Sanders ends up winning the nomination and later the general elections, he will face insurmountable opposition from his own party in Congress which, with or without the help of Republicans, would be able to block any major reform that goes beyond what big US capital is willing to concede. In the meantime, hundreds of thousands of new socialists will be phone banking for the Democratic Party, canvassing for Democratic candidates, and immersed in the politics of lobbying, coalition building and pushing the line just a little bit left. Mired in the intricacies of a political system that stands out for its anti-democratic character and its bias towards the status quo, enrolled as foot soldiers on a year-round electoral battle field (fighting for the lesser evil), the explosive energy of a new generation of socialists would be unforgivably squandered.

Start from the beginning

The main source of conflict is, and has always been, the division of society in classes: the working class is exploited while capitalists reap the profits of our sweated labor. Nothing defines our life experiences, living conditions and interests as strongly as the social class we belong to. A party that is dominated by a powerful layer of capitalists who bankroll it and sit at their helm will always seek to guarantee capitalist profits. This is why workers need our own political tool to advance our interests.

So long as we hold to the most basic lessons of the socialist movement from Marx and Engels to these days, the first step to create a viable socialist project in the US is to recognize the Democratic Party as an enemy of the working class and invest all our energies in building a working-class independent political tool. The DSA’s insistence on working within the Democratic Party in order to later on, at some point in the future, break with it to form a new organization is the perfect recipe for a slow dissolution into the powerful party apparatus. The outsized efforts that the DSA has put into electing progressive Democrats into office only underscores a tendency toward closer and closer collaboration, instead of a path of break with the institution of the US regime. Such an orientation only weakens the DSA’s ability to fight the Democratic Party establishment in case the DNC tries to steal the primaries again, or if the majority of the party opposes Medicare for All–a safe scenario to expect. As I’ve argued elsewhere, a revolutionary break with the institutions of the capitalist regime will be inevitable if we want to build a new society, one without classes, that is no longer based on the exploitation of the majority by a wealthy few. The scandal of the Iowa caucuses is only the latest proof that the Democratic Party is bankrupt, dominated by capital, and will never be home for a socialist project.

If you would like to write a piece for Left Voice, please contact us at [email protected] or fill out this form.