Socialists around Jacobin magazine and the DSA leadership have long rallied around Bernie Sanders and other progressive candidates of the Democratic Party. They used to claim this was in preparation for a “dirty break” with the Democrats. Increasingly, however, they are proclaiming loyalty to a bourgeois party, even as that party blocks the path to Sanders’ nomination. 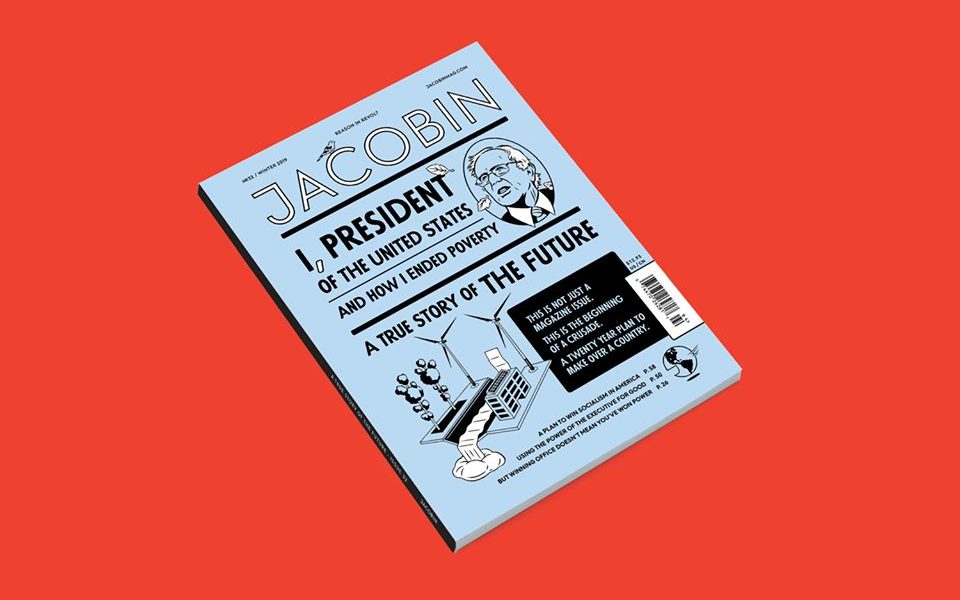 The Democratic Party is among the oldest bourgeois parties in the world. It has earned the label “graveyard of social movements” through its success, time and again over many generations, in coopting oppositional movements and integrating representatives of the oppressed into the regime of U.S. capitalism. No one on the Left can claim they haven’t been warned about the dangers of being taken in by the Democrats. Yet the double-edged nature of the Bernie Sanders campaign — ringing challenge to the establishment on the one hand, golden opportunity to attract millions of new young voters into the Democratic Party on the other — has reignited the old debates about whether, this time, things might be different. As the Democratic establishment makes ready once more to deploy its arsenal of anti-democratic dirty tricks against Sanders, and as the beleaguered Bernie nonetheless holds firm in his vow to support whomever the party nominates, the questions that his campaign raises for socialists seem to grow ever more urgent.

What is the “Dirty Break”?

The U.S. Left has long been divided on the question of how to relate to the Democrats. Should we work within the Democratic Party — this has been advocated for decades by the Stalinist CPUSA and by DSA founder Michael Harrington, among others — or should we instead work to build up a party of the working class, independent of both parties of the bosses? Jacobin magazine, following a theory pushed by formerly revolutionary socialist Eric Blanc, seemed to offer a compromise: the idea of a “dirty break.” The idea was that socialists could campaign for the Democratic Party now, while preparing the ground for the creation of a working-class socialist party at some point in the future. In the words of Seth Ackerman, this was going to be the “electoral equivalent of guerrilla insurgency” with the aim of smashing the Democratic machine.

This was always a dubious proposition: What reason has there ever been to believe that a capitalist apparatus, financed by billions of dollars, would simply sit by and allow socialists to break away its base?

Certainly the figureheads of “socialism” in the Democratic Party — people like Ocasio-Cortez and Sanders — aren’t committed to this strategy. Shouldn’t they be in on the plan for it to work?

Furthermore, Bernie Sanders has convinced millions that socialism was no more than New Deal liberalism. What mechanisms would socialist supporters of Sanders have to reach those millions saying, “I know we canvassed and said that Bernie would bring socialism, but actually socialism means abolishing the police, expropriating the capitalists, and putting the means of production under worker control.”

Breaking with the “Dirty Break”

Just a few weeks ago, Jacobin proclaimed triumphantly that the Democratic Party “is Bernie’s party now” — and presumably also Jacobin’s. Many writers for Jacobin claimed that the establishment had no means to stop the Sanders wave. Clearly this hasn’t panned out exactly according to plan, as Sanders’ Super Tuesday performance demonstrates. But by this logic, if it’s so easy to take over the Democratic Party with the program shared by Sanders and Jacobin, then why break from it at all?

When Kshama Sawant, a socialist member of Seattle’s City Council and a member of Socialist Alternative, used her speech at a Bernie rally to call for a break with the Democrats, Jacobin publisher Bhaskar Sunkara responded on Twitter: “Agreed with everything she says and I love Kshama, but not sure someone invited to speak at an event for a candidate for a party’s nomination should go off message and talk about the need for a new party.” Is the break he’s preparing so “dirty” that no one is supposed to talk about it?

But this is just one more example of why this is an untenable strategy: How could a socialist be successful in a bourgeois party while preparing a break from that party? Quite the opposite, Sanders has always pledged his support for whatever candidate the Democratic establishment nominates — just as AOC endorsed New York governor Andrew Cuomo. One wonders: How will Jacobin react when Sanders endorses Biden, as he is all but certain to do?

A different article from Jacobin is dedicated to the idea that socialists should never break from the Democratic Party, no matter how undemocratic it is:

In the event that the convention is contested or stolen, the ‘DemExit’ strategy, a 2016 attempt to form a new third party by splitting Sanders supporters from the Democratic Party, will likely reemerge. Without a clear avenue to supplant either of the two major parties, DemExit risks spoiling elections for the Republicans. Additionally problematic, DemExit takes the social movement left out of a contest for power that we are currently winning. (…) No one will breathe a bigger sigh of relief than the party establishment if we, the movement behind Sanders, pack our bags and go home.

In other words, Jacobin now appears to be breaking with their own dirty break strategy.

Democratic (Party) Socialists certainly hope that Sanders’s candidacy will leave behind a movement as a basis for further organizing. But did all the enthusiasm for Obama’s campaign in 2008 translate into an organized base for the fight for socialism? Quite the opposite, it left behind only deep demoralization. And this time, the demoralization might be worse: it is the very idea of socialism that is on the line here.

Jacobin‘s new orientation, which has included 340 articles praising Sanders in the last year, has larger strategic implications. Jacobin is now downplaying the undemocratic nature of the U.S. electoral system in order to encourage people to keep on canvassing. For example, after the debacle at the Iowa primaries, rather than denouncing this undemocratic farce (Bernie lost despite clearly winning the popular vote), Sunkara, writing in The Guardian, urged leftists to “let people know that their vote will be counted, and that even the flawed institutions of American democracy can sometimes deliver progress.” In the magazine launch for Jacobin’s latest print magazine, he claimed that the 2016 election was not stolen from Sanders and that Sanders could win in 2020.

In other words, Jacobin has begun to give implicit and even explicit support for the current electoral system — and to encourage readers not to criticize it. Sunkara argues in The Guardian “But fellow Bernie Sanders supporters hear my plea — we gain nothing by playing into the idea that the process is so stacked against us that we can’t win. For one, saying that elections are all ‘hacked’ or manipulated nowadays is a great way to encourage working people not to come out and vote.” In other words, rather than highlighting all of the ways that the process is stacked against socialists so that it is impossible to win socialism through elections — and unlikely to even win a Sanders Presidency — Sunkara encourages people to trust the system.

Super Tuesday showed that the primaries are wholly stacked against Sanders, as the entire Democratic Party establishment, in coordination with the corporate media, came together — almost literally overnight — in support of the previously struggling, but Wall Street-approved, Joe Biden. Yet Jacobin’s response to all this was to insist, the following day, that “Bernie Sanders Can Still Win the Nomination and the Presidency.” Perhaps encouraged by consistently favorable polling figures for Sanders’ flagship proposals such as Medicare for All, Jacobin attempted to argue that Sanders is the “safe” choice for the Democratic Party. And Sanders pivoted to the same strategy, releasing ads demonstrating Obama’s support for him.

There are plenty of ways to demonstrate the undemocratic nature of the elections: Michael Bloomberg’s attempt to buy the primaries with half a billion dollars, five-hour lines for people of color to vote on Super Tuesday, the Iowa caucus debacle, the “hidden” hand of Obama, and the role of the media in propping up the corpse of Joe Biden.

So how can we prevent such terrible distortions of democracy from ever taking place? For socialists, the answer is simple: fighting for real democracy. This means taxing the rich, establishing democratic control of the media, and abolishing aristocratic institutions like the Senate and the Supreme Court, which only serve to prevent the will of the majority from being implemented. Ultimately, socialists aim to expropriate the billionaires, which would prevent them from buying elections.

Unfortunately, this seems too radical for Sanders and thus for Jacobin as well. Instead, we are told to hope for campaign finance reform from Congress and “a new Supreme Court majority” – i.e. we should place our hope in two institutions explicitly created to protect the privileges of the wealthy. Sanders has always expressed his loyalty to the bourgeois regime in the U.S. – and it seems he has now won over a section of former Marxists to his position. They seem to hope they can ultimately abolish private ownership of the means of production, while maintaining the regime designed to protect private property.

Instead of shifting the Democratic Party to the Left, the “dirty break” strategy has only moved a large swatch of U.S. socialists to the right.

The whole history of the workers’ movement shows that the state apparatus is not some neutral instance that implements the majority decisions of a congress. Rather, it is an instrument of class oppression used to maintain the rule of a tiny minority of capitalists over the huge majority of working people. The socialist position on elections was expressed by Lenin, who wrote: “Marx grasped this essence of capitalist democracy splendidly when he said that the oppressed are allowed once every few years to decide which particular representatives of the oppressing class shall represent and repress them in parliament!” This state often gives itself a democratic facade, to win the consent of the subaltern classes and also to mediate differences within the ruling class – but when the rule of the capitalists is threatened, all democratic pretenses are thrown overboard.

Even where there is no prospect of achieving their election the workers must put up their own candidates to preserve their independence, to gauge their own strength and to bring their revolutionary position and party standpoint to public attention. They must not be led astray by the empty phrases of the democrats, who will maintain that the workers’ candidates will split the democratic party and offer the forces of reaction the chance of victory. All such talk means, in the final analysis, that the proletariat is to be swindled. The progress which the proletarian party will make by operating independently in this way is infinitely more important than the disadvantages resulting from the presence of a few reactionaries in the representative body.