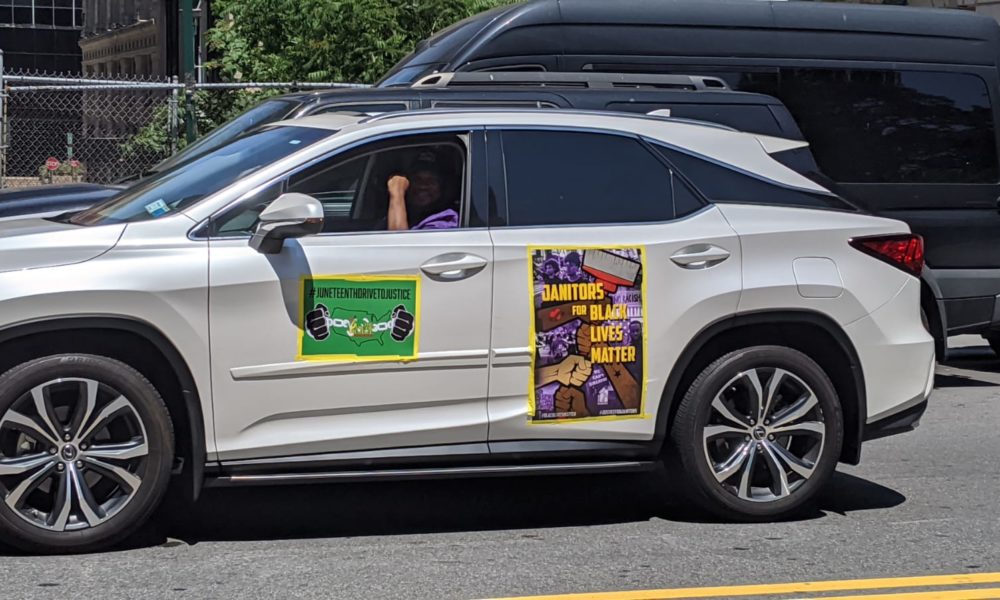 The sound of horns is deafening as car after car passes by. If you closed your eyes and forgot the moment we are in, it would sound like just another day in bumper to bumper New York City traffic. But the endless line of cars are not just any other traffic jam — they are part of a car caravan protest organized by Service Employees International Union (SEIU) Local 32BJ. The caravan brought up the rear of a larger rally organized in solidarity with large protests on Juneteenth demanding justice for Black victims of police violence. 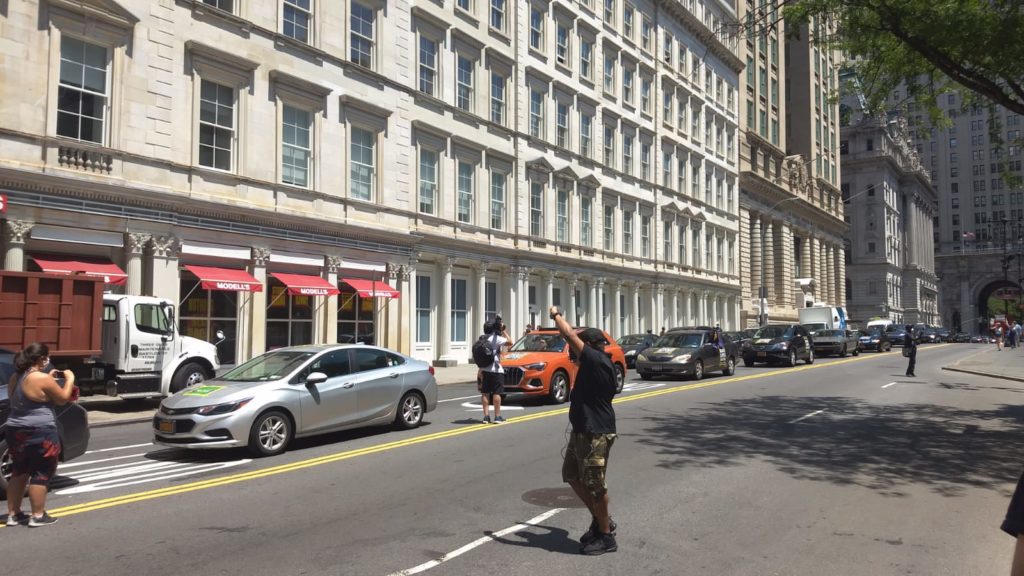 As the horns sounded, cars carrying signs with slogans such as “Janitors for Black Lives Matter” drove past. This action is an important show of solidarity between organized labor and the movement on the streets and comes in conjunction with the ILWU day of action that shut down ports across the West Coast. In addition, these demonstrations of solidarity come amid the debate about the role of police in the labor movement. An increasing number of workers are demanding that labor associations such as the AFL-CIO expel police unions from their ranks.

“It’s time for change” a participant in the @32BJSEIU car caravan talks about why it is important to her to join the people on the streets demanding justice. #JUNETEENTH2020 #BlackLivesMatter pic.twitter.com/2hbWPQLBYd

That this car caravan was organized specifically by the SEIU is also important as the SEIU is one of the unions that organizes cops and correctional officers. The rank-and-file of the union, the very same people who were driving their cars in solidarity, must use actions like today’s caravan to put pressure on their leadership to kick the cops out of their unions. The impact of such actions  is already being seen; the president of the SEIU gave an interview Friday morning in which she said that severing ties with police unions “has to be considered.” However, workers must keep the pressure up and declare, without equivocation, that police officers and their unions have no place in the labor movement.

As the solidarity expressed in the car caravan indicates, the struggles of the labor movement against the bosses is tied to the struggle of Black people against racist state violence. Both of these struggles are part of the larger fight against capitalism and must be undertaken together. By linking the struggles of the specially oppressed with the struggles of workers in their workplaces, we will be able to build a fighting force that can take on both the exploitative bosses and the racist police who hold up this system of capitalism.