Since 1955, the same right wing party has ruled Japan. What is the Liberal Democratic Party and how have they governed? 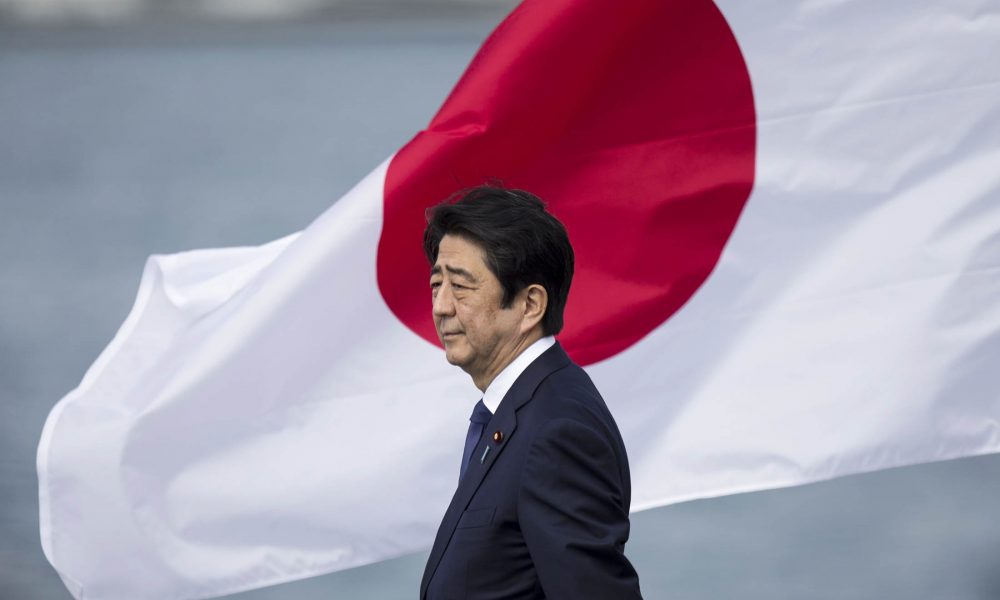 Since 1955, Japan has been ruled almost single-handedly by a far-right political party called the Liberal Democratic Party. Emerging from war criminals (the colonial administrator of Japanese-occupied Manchuria, Nobusuke Kishi, was the grandfather of the current Prime Minister), far-right Japanese Nationalists and organized crime (Yakuza boss Kodama Yoshio) the Liberal Democratic Party was positioned by the CIA as a bulwark against socialist movements in Japan through the injection of millions of dollars and covert support.

A majority of LDP politicians have ties to an Imperial Shinto cult – Nippon Kaigi – whose goals include getting rid of the post-war Constitution (with particular emphasis on Article 9, which prohibits Japan from having a military or becomig a belligerent country), ending equality between the sexes (hyper-patriarchal traditionalism), expelling all foreigners (a revival of Yamato race theory similar to Nazi Germany’s Aryanism), abolishing “human rights” laws and removing the National Diet as the sole political power in Japan in favour of a return to the rule of the Emperor. Nippon Kaigi’s vision for Japan is one of a revived Imperial Military power ruled by the Emperor that would build up its economy through the expansion of territories acquired by brutal military conquest – basically a return to the height of Fascist Japan. In a 2014 interview with Nikkei Asian Review, the current Prime Minister Shinzo Abe stated, “My party, the Liberal Democratic Party (LDP), has been advocating amending our constitution since its founding almost 60 years ago.”

The reasons behind the LDP’s single-party rule rests with the incredible financial and covert support from the CIA – that in return for its support for U.S. based nuclear energy firms, opposition to communism, and welcoming of U.S. military bases to be used as a bulwark against socialist countries in Asia (particularly China), the LDP would be given the greenlight as a conservative cohesive block to pursue its policy aims which ran counter to the post-war Constitution. Founding members and supporters of the LDP included Prime Minister Nobusuke Kishi, the former Japanese colonial administrator of Manchuria who was responsible for hundreds of thousands of Chinese forced labor deaths, the Zaibatsu Imperial corporate system, brutal colonial rule under the Imperial Japanese Army and many other atrocities such as the widespread abduction of women to be used as forced sex-slaves – known as “Comfort Women” – for the Japanese Army. LDP offices ran several ultra-nationalist Japanese politicians who advocated for the abolishment of Article 9, increasing the Japanese economic sphere of influence so that it could later be used to increase Japan’s political influence and the freeing of all Class B and C war criminals – who were responsible for millions of deaths during WWII – so that in their view, Japan would be able to play its part in the Cold War. Party officials dominated in elections due to the voting districts being based on the sparsely populated agricultural areas, full control of the electoral system due to the post-war Constitution not outlining the election process and through bribery, financial speculation and open collusion with organized crime. Japanese organized crime, typically known as the Yakuza, were given free rein in the post-war economy so long as they brought votes to the LDP and crushed organized labor and socialist opposition movements. A founding supporter of the LDP was the Yakuza crime boss Yoshio Kodama, who had been arrested by the United States military as a suspected Class A war criminal (one of the highest designations). However, the U.S. intelligence community released him in exchange for his help in fighting communism in Asia due to his extensive criminal networks – a role he happily accepted as he was a far-right anti-communist. He openly supported the LDP and used the Yakuza to crush anything that he deemed to be leftist – with a well-known example being the crushing of labor organizers at the Hokutan coal mine in 1947. Even now the LDP and its lapdog, the Democratic Party of Japan, have been rocked with numerous political scandals involving open connections between LDP or DPJ politicians and organized crime.

Today the Japanese political system is in disarray, with low voter turnouts, an almost widespread denunciation of the ruling political parties as being inefficient and extremely corrupt and the clear majority of Japanese citizens rejecting any revision to the Constitution. But since 1995, after a brief loss of majority, the National Diet under the leadership of the LDP established what is known as a first-past-the-post voting system – in which the candidate that gets the most votes (even if they get only one more vote than their rivals) is elected – against proportional voting. This system is like the one used in the United States because it inherently promotes a one or two-party system that excludes minority parties, even if the dominant parties have low voter support. This is due in part because first-past-the-post systems rely on single-member electoral districts that can be manipulated through gerrymandering and other political manipulations. For example, elections to the bicameral National Diet (composed of the lower House of Representatives – 475 seats – and the upper House of Councilors – 242 seats) are based on two parallel voting systems: 1) first-past-the-post or single-member electoral districts and 2) proportional representation blocks. In the October 2017 national elections, the LDP “won by a landslide” according to the Japanese mass media, but its triumph was due almost entirely to the first-past-the-post voting system. As the progressive Japan Press Weekly states, “Of 289 single-member electoral districts, the LDP won seats in 215 districts or 74%. However, the total number of votes that the party received was 26.5 million or 48% of total votes cast, representing only 25% of the number of eligible voters in Japan. This result again highlighted the fact that the single-seat constituency system inevitably disregards votes for minor parties and awards a disproportionately large number of seats to the largest party. On the other hand, in the proportional representation blocks, the LDP garnered 18.6 million votes or 33% of the total and secured 66 seats or 33%. The disparity is much smaller between the share of votes and the share of seats compared to the single-member electoral district system. This is no surprise because in a proportional representation system, political parties are allotted seats in accordance with the number of votes they received.”

Thus, today more than ever, the political system in Japan resembles Lenin’s warnings in State and Revolution that bourgeois democracy is a democracy run by and for the ruling capitalist classes. Elections within capitalist countries are so manipulated that when actual democracy seems to be expressed by the working classes, it is crushed violently. “The oppressed are allowed once every few years to decide which particular representatives of the oppressing class shall represent and repress them in parliament.” – Lenin.