Parliamentary elections in Japan resulted in a victory for politicians who support advancing Japan’s military power and U.S. imperialism’s interests. The U.S. working class must back the country’s dynamic opposition to rearmament. 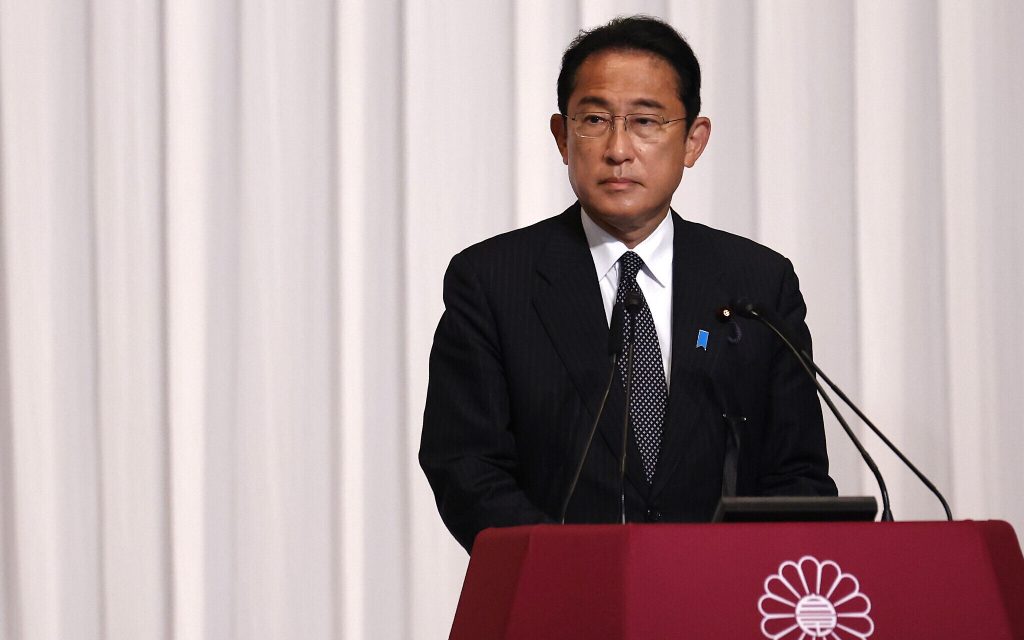 Parliamentary elections were held in Japan on July 10, just two days after the assassination of former prime minister Shinzo Abe, who was campaigning for a Liberal Democratic Party (LDP) candidate when shot. Though somewhat overshadowed by the news of Abe’s killing, the election results are significant because they bring Japan’s ruling party closer to achieving Abe’s goal of re-establishing Japan as a military power.

Achieving that goal also advances the interests of U.S. imperialism. Japanese state support for U.S. bases is a result of the U.S. defeat and subsequent occupation of imperial Japan in the Second World War. But the military alliance is based on strong shared class interests: Japanese and U.S. capitalists alike see military containment of China as a priority for maintaining power in the Pacific.

As China grows its own military and diplomatic power in the region and the United States pushes for an “Asian NATO” to counter the country’s influence, there is a greater risk of conflict. Conflict is also more likely as the capitalist system as a whole undergoes an economic crisis fueled by the pandemic, supply chain disruptions, and the war in Ukraine. This is the backdrop to Japanese efforts to rearm.

Japan’s leading capitalist party, the LDP, maintained its hold over the country’s politics in the recent elections, winning a majority of the contested upper parliament seats. The LDP aims to revisit Article 9 of Japan’s constitution, which currently prohibits the country from declaring war and severely limits its ability to maintain armed forces. While the LDP itself does not have a supermajority in the upper parliament, other parties in its coalition also support revising the country’s pacifist constitution. The coalition’s two-thirds majority would allow it to move forward with amending the constitution, and new prime minister Fumio Kishida has already announced his support.

With Abe at its head, the LDP championed Japanese nationalism, and made important advances toward increasing Japan’s own military power. Abe passed military reforms in 2015 that expanded the country’s ability to use its military abroad to “defend allies” — legislation that was met with huge protests.

Japanese militarism, backed by Japanese capital and U.S. imperialism, remains unpopular among large sectors of the country’s population. For example, the Indigenous-led resistance to the U.S. military occupation of Okinawa is one of Japan’s longest-standing protest movements. This occupation, enabled by the Japanese government, subjects Okinawans (Ryukyuans) — a national minority within Japan — to environmental devastation and violence, especially toward women.

The Japanese government, particularly under Abe, has also given the United States free reign to operate military bases at great cost to communities throughout the islands. A U.S. Air Force base in Yamaguchi Prefecture, for example, faces a legal challenge over the health toll its noise pollution takes on local residents.

Japan also faces its own unique economic crises which Abe struggled to address during his time in office, despite his success at achieving many more directly imperialist goals.

The Tokyo Olympics were supposed to open the country up to more foreign capital, and break isolationist sentiments. Isolationism remains a strong force in Japan, hampering efforts to bring in more international workers to address the labor shortage caused by an aging population. However, the pandemic transformed the Olympics into a demonstration of Japanese capital’s willingness to put its economic priorities over a serious public health response. This and the ramping up of policing leading up to the Olympics resulted in massive opposition and a protest movement that put forward an internationalist perspective.

The Japanese government’s conservative politics do not reflect the more progressive views of the Japanese public. For example, same-sex marriage is supported by a majority of Japanese people, but the government recently upheld its ban.

Class struggle is not as dynamic in Japan as in other parts of the Pacific at present, but the LDP’s failure to address the country’s economic challenges, its rejection of the more progressive sentiments of the Japanese public, and, perhaps most of all, its unpopular push for rearmament and military confrontation with China — in partnership with U.S. imperialism — create openings for a more dynamic Left opposition to the challenges Japan’s working class faces. This opposition must be led by Japan’s working class and sectors of the oppressed such as indigenous groups, LGBTQ+ people, women, and immigrant communities.