If Bezos, Musk and Co. want to go “off Earth,” then let them. Our task is to ensure that at some point, when they come back, they’ll find the completely irrational, exploitative system of capitalism on which their obscene wealth was based has been dismantled and replaced with a socialist society. 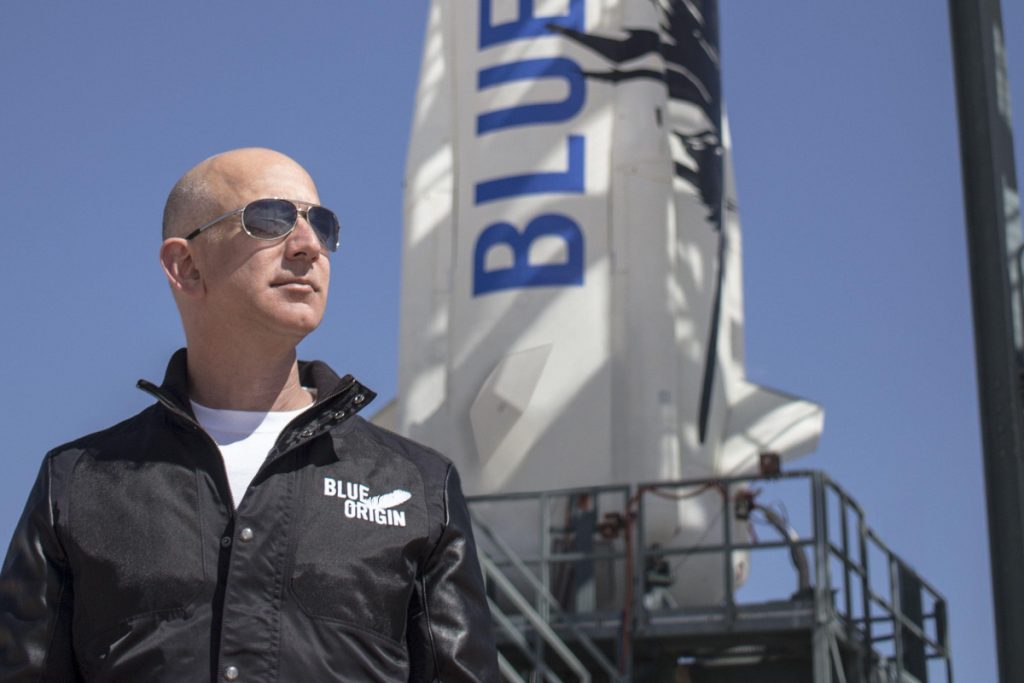 The announcement that Amazon CEO Jeff Bezos will be launching himself into space on 20 July is welcome news for a humanity starved of reasons for hope. The odds of a mishap aboard his New Shepard rocket ship are, no doubt, small. But the prospect of a month and a half of imagining the door blasting open, and Bezos being sucked out into the infinite, inky expanse of space, never to be seen again, is cause enough for good cheer.

Should anyone feel bad about harbouring such thoughts about a man who has proven, again and again, his contempt for the vast majority of people with whom he (no doubt begrudgingly) shares a home on Earth? A man whose US$185.8 billion fortune has been made off the back of a workforce so exploited that, as documented in 2019, emergency services are regularly called to Amazon warehouses to deal with “suicide attempts, suicidal thoughts, and other mental health episodes”?

No. It’s okay to hope that Bezos doesn’t come back from his personal space odyssey. The world would be better off without him. A portion of his insane wealth could be used to improve the wages and conditions of the 1.3 million Amazon workers. The rest could be directed towards major challenges facing humanity today, such as the climate crisis.

Bezos will be joined on the flight by his brother Mark and the winner of an online auction finishing on 12 June. Bidding, at the time of publication, is at US$3.8 million. The privilege of seeing the Earth from space doesn’t come cheap. Bezos is yet to announce how much a seat on the New Shepard will set you back when flights open to the public. But if the tickets already being sold by the Musk-led rival SpaceX are anything to go by, it’s likely to be in the tens of millions of dollars.

It’s no surprise that billionaires like Bezos, Elon Musk and Richard Branson are fixated on the idea of space travel and, in Musk’s case at least, the construction of an “off Earth” utopia for the wealthy few. They belong, after all, to a class of people—capitalists—whose pursuit of profit at all cost has both driven the Earth to the brink of catastrophic environmental breakdown, and brought them the kind of immense wealth required to escape it.

If your daily life is already spent looking down—from the comfort of boardrooms, mansions and private jets—on a world beset by multiplying and intensifying crises, why not take it to the next level and remove yourself from the planet altogether? When your wealth has reached such unimaginably vast sums, and you sit at the pinnacle of a global capitalist system so rigged in your favour that you can be assured it will only continue to expand in the future, what’s left for you to do?

“You see the Earth from space, [and] it changes you”, Bezos said in a video shared on Instagram announcing his plan. “It changes your relationship with this planet, with humanity.” If you were to be charitable about the whole endeavour, you might argue that his space trip could change him for the better. What if he experiences the phenomenon—commonly referred to by astronauts—of the “overview effect”? This is a state of consciousness triggered by the view of Earth as a small, isolated orb of blue and green, floating in the vast, black expanse of space. Those who’ve experienced it have described it as giving them a new perspective on the fragility of human society, and a painful awareness of the many challenges we face.

But what could the likes of Bezos and Musk possibly do with such a perspective? To take it seriously would have to mean, for a start, recognising the fundamental obscenity of their own position in society—of being among a billionaire class that, according to Oxfam, together has more wealth than the poorest 4.6 billion people who make up 60 percent of the world’s population. It would mean doing whatever you can to oppose a situation in which some people are so rich they can afford to build their own rocket ships to launch themselves into space and have epiphanies about “one Earth” while doing nothing to address the actual problems facing humanity today.Read more‘Let the bodies pile high’: Cummings’ testimony proves critics right

None of which seems very likely. What’s more likely is that to the extent that Bezos might experience something like the “overview effect” on his trip, it will only reinforce his sense of himself as existing in a realm apart—separate from and superior to the mass of humanity and our all too earthly challenges.

Perhaps the only thing wrong, then, with daydreaming about Bezos’s space adventure coming to a calamitous end is the passivity of it. Imagining Bezos or Musk disappearing into space might be momentarily satisfying, but it does nothing to improve the disastrous state of human society today. Most likely they will return from their adventures unscathed, and just as unbearably assured in their superhuman “mission” as they have been to date. And even if they don’t, there’s no shortage of others to replace them.

What we really need to do is organise, as one Twitter user put it, to “change the locks”. If Bezos, Musk and Co. want to go “off Earth”, then let them. Our task is to ensure that at some point, when they come back, they’ll find the completely irrational, exploitative system of capitalism on which their obscene wealth was based has been dismantled and replaced with a socialist society that, suffice to say, is unlikely to see space adventures for (ex)-billionaires as high on the list of priorities.

James Plested is an editor of Red Flag.